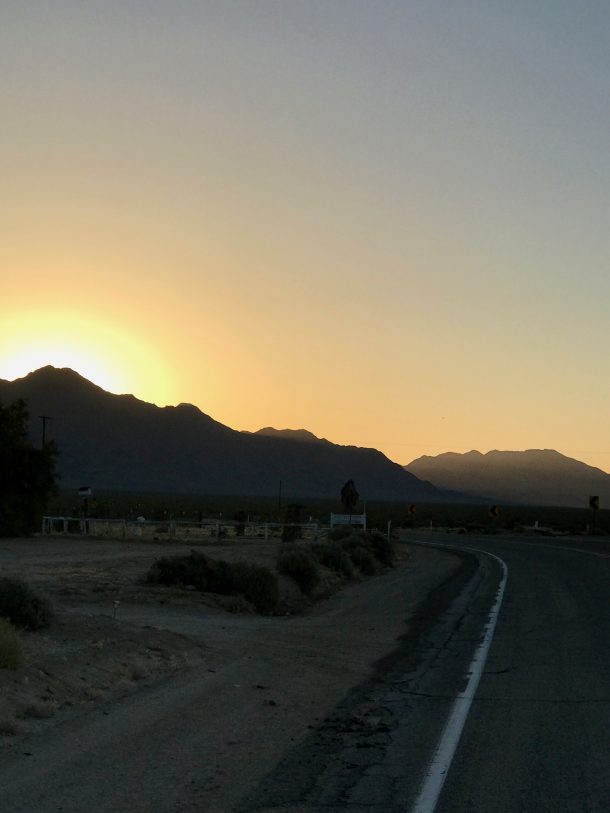 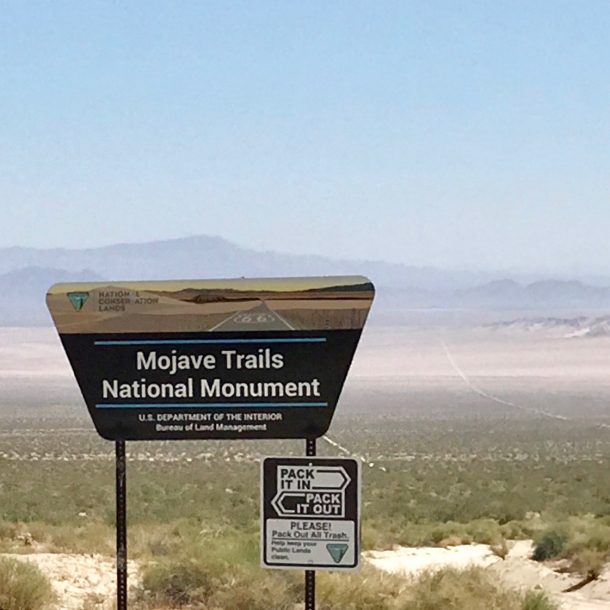 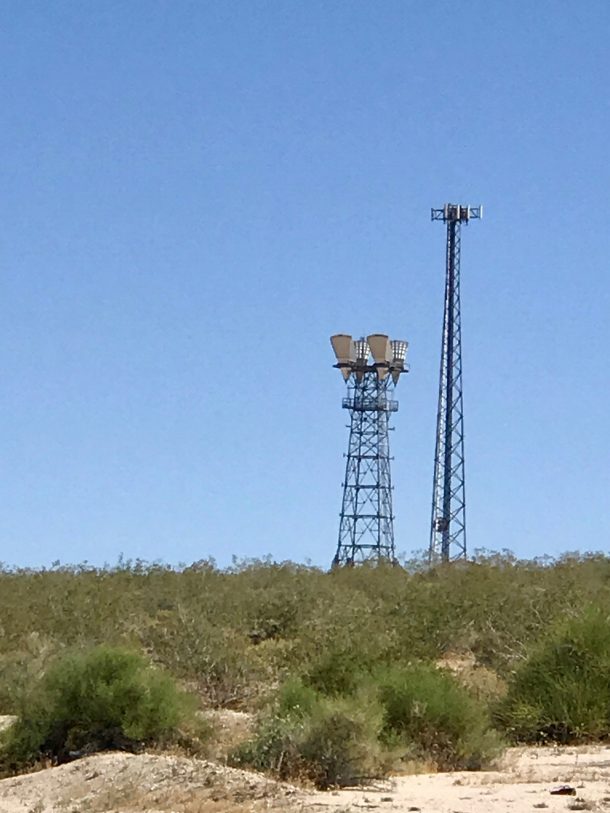 After yesterday’s 20 miles, I felt confident I could do the same today. I did. But I did not anticipate the 3.5 hour, tedious climb.

Near the top of the ascent I met Linda, who did a U-turn and waited for me to approach. “I saw you walking, so I made you some sandwiches.” I turned down the two ham sandwiches graciously, but readily accepted the four tangerines she offered. She pointed to the cell towers ahead and said, “From there it’s all downhill.” Great!

When I got to the towers, there she was again. She’d driven home, grabbed more tangerines, a few carrots, a zucchini, and two bottles of water. I was overwhelmed by her generosity. “Linda, how can I repay you?” “You can’t.” And then, like the Lone Ranger, she was gone.

Two hours later a guy stopped and beckoned to me. He was Dave, a friend of Chad whom I’d met at the bar in Morongo Valley. I sat in Dave’s air-conditioned car for 10 minutes, which was a welcome relief.

Later on, a 40-ish guy with a Hollywood haircut and driving a BMW convertible had to slow to a stop near me because of oncoming traffic—I was taking up some of his valuable road space. He shook his head and gave me a disgusted look. How dare I cause him to have to slow down? Then he drove off. I kept up an imaginary conversation with that guy for 10 minutes, thinking about the 1,000 people who’d passed me in the last few days.

Virtually everyone—truckers, bikers, dudes in pickup trucks, men and women, young and old—responds to my wave with a wave of their own. Or they flash me a V for victory sign. As I was stewing, a tattooed guy with a shaved head pulled up in a white Chevy pickup, stuck his hand out the window, and gave me an ice-cold bottle of water. “You the man!” was all I could say before he smiled and sped away.

Later, I met John and Vickie from Cloverdale who’d parked and were looking at the desert scenery. They asked me how I was doing. I gave them a card and we chatted for a while. Then he handed me some cash. “Here, buy yourself a beer when you can.” Then another  car pulled up 30 minutes later, and the driver asked me if I needed any water. I said, “No, I’m good, but thanks for asking.” She said, “God bless you,” and drove away. It was a day filled with angels.