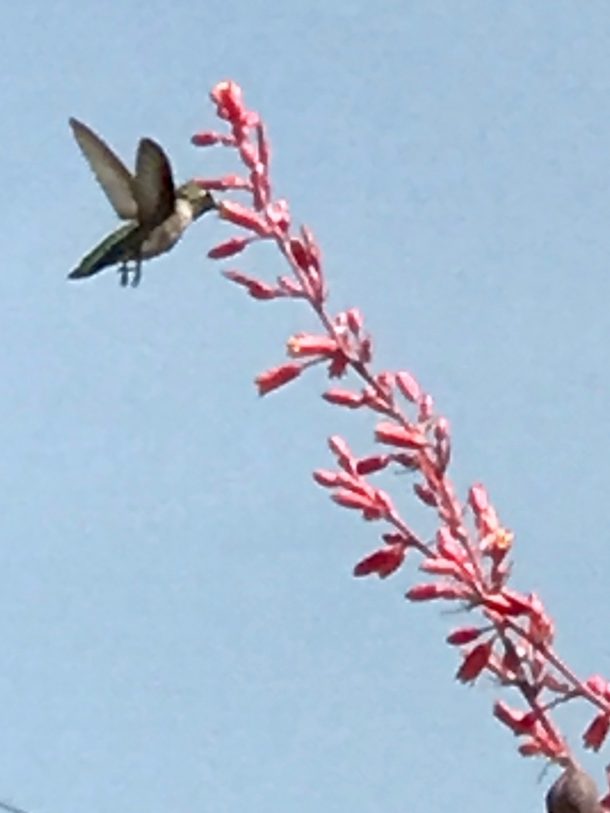 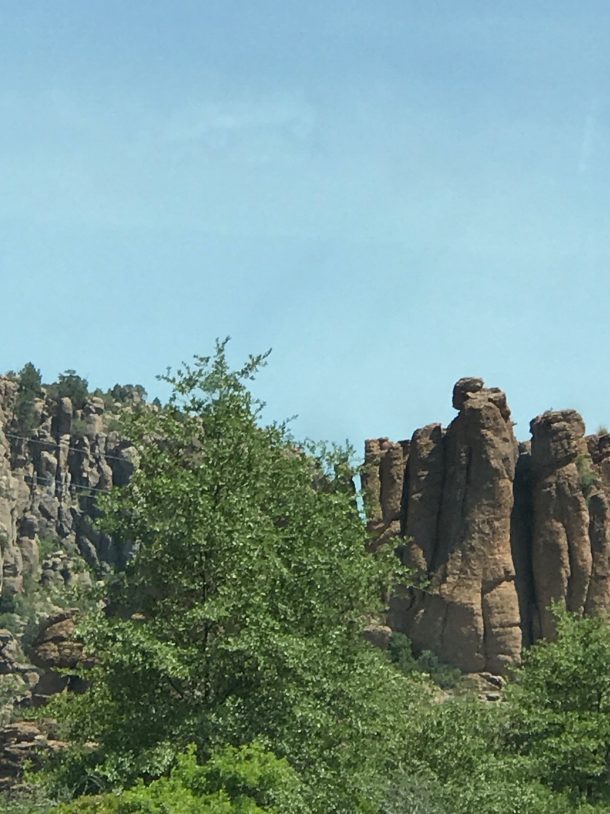 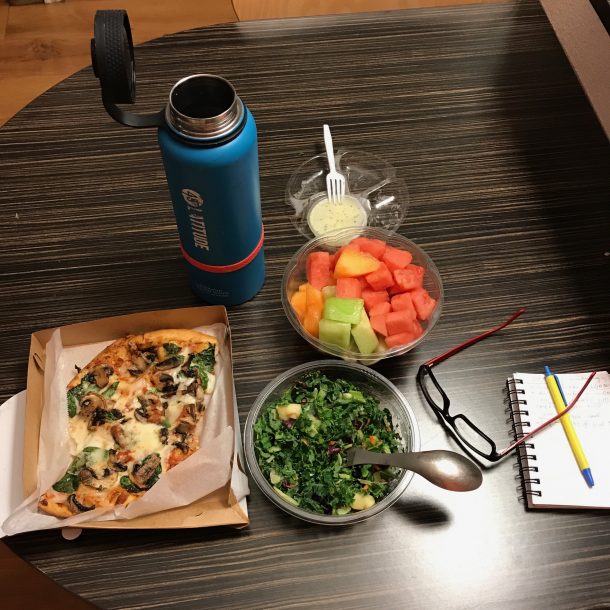 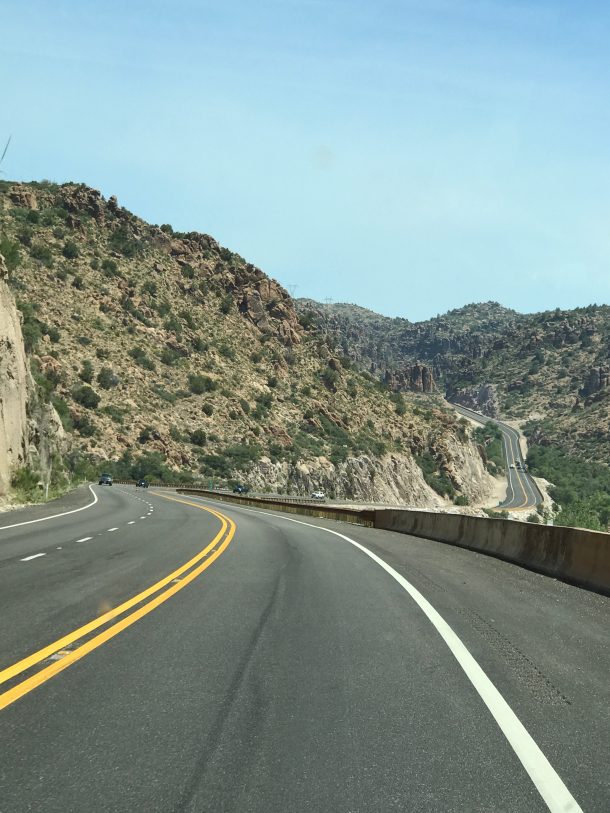 One of my flaws is that when people tell me they’re going to do something, I believe them.

When my 9 am ride had not arrived by 10 am, I started to panic—I needed to get that ride through Queen Creek Tunnel so I could…what? Get to the Motel 6 in Globe in time for lunch? I calmed myself, called Amy (the go-between), and my ride finally showed at 10:30. She was upset, smoking a cigarette, and telling me about how she was probably going to lose her job.

Since I already know very well that most people have bigger problems than I do, I was empathetic as we drove through the tunnel. It would indeed have been impossible to walk through it with or without the kart, and the winding road up to Top-of-the-World wasn’t much better, with little or no shoulder to speak of, speeding vehicles, and many blind curves. No—safety had to come first on this stretch of the road.

My driver had calmed down, and began a narrative. She told me about the different towns we passed through and about the “older” tunnel, the karaoke bar, the mobile home parks, and the copper mines. It was pretty interesting.

I had her drop me off in Miami, gave her some obviously appreciated cash, and began the 7 mile walk up and down hills in the heat to my motel. It was located at the far end of town so I was able to stop at a Safeway on the way and bought fruit and kale salads, Wheat Thins, and some bananas. It felt good to take the shopping break.

I’ll be walking and camping in the desert for the next 3-4 days before the next motel break in Safford. And yes, I’m concerned about the heat. I’ll do the best I can, especially knowing what happened to me previously. I have lots of water and enough food. Let’s see what happens.

My oft-repeated mantra: If this were easy, more people would do it.