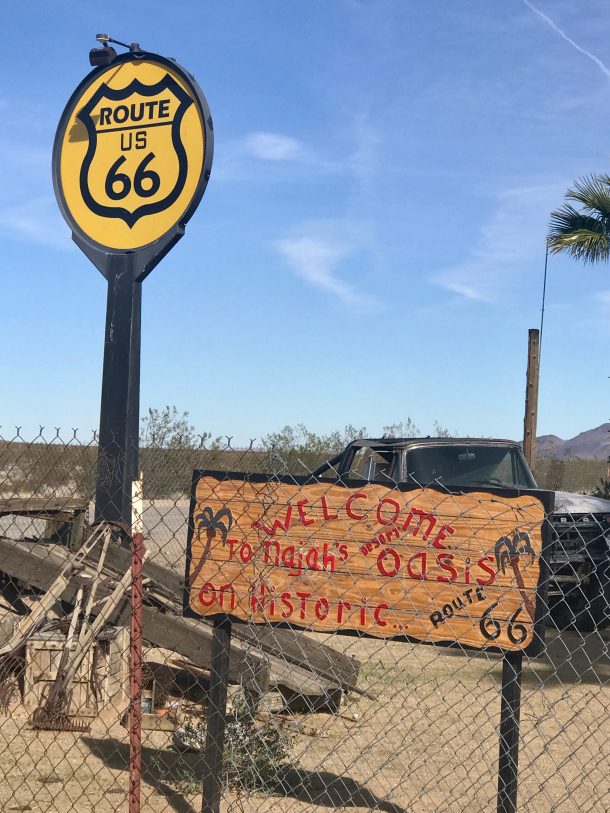 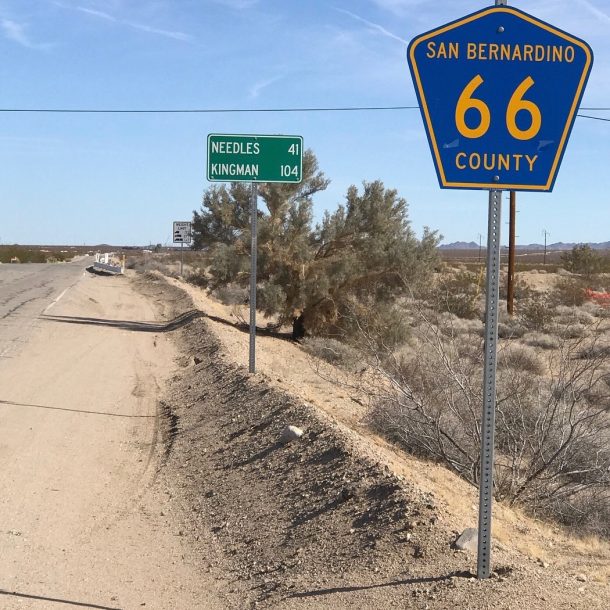 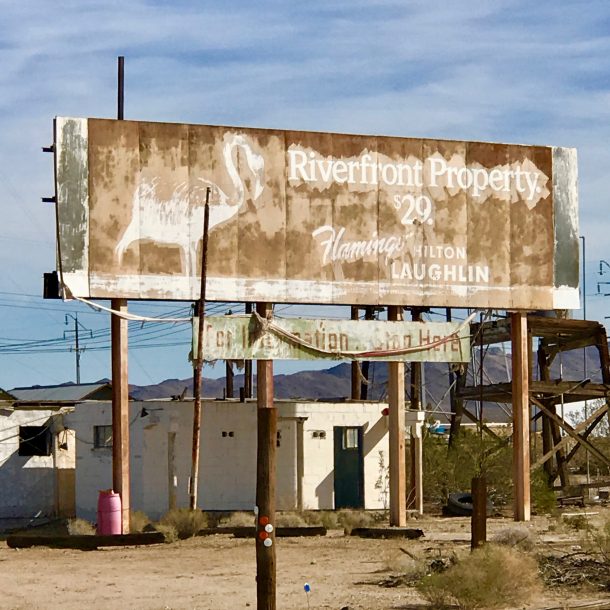 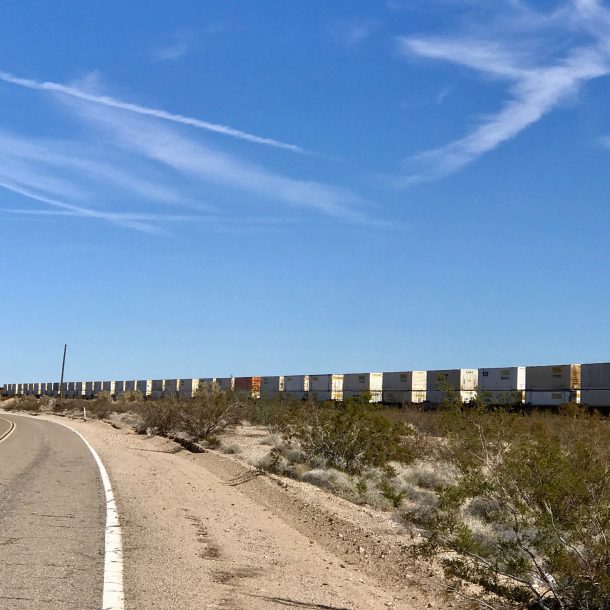 Adam dropped me off early, and I had an uneventful walk on Old Route 66. Although the area I’m walking on is closed to general traffic, I saw many construction trucks, and all of the drivers returned my wave.

After a while, I turned onto Goffs Road, the road that will eventually take me to the town of Goffs as I continue toward Palm Garden and beyond.

As I got closer to the intersection of Goffs Road and I-40, the road started to parallel the railroad tracks. For the rest of the day freight trains going in both directions passed by, and several of the conductors waved to me, which was cool. With nothing else to do except walk, I counted the number of cars on one of the trains—200 cars. Unbelievable!

Around this time (before lunch) I started dragging. To pick myself up I began to whistle the “Colonel Bogey March.” But whistling takes energy, so I decided to see if I could find the piece on Amazon Prime Music. I couldn’t, but instead found The Greatest Marches of John Philip Sousa.

Sousa is a hero of mine. I’ve read his biography, which describes how he was one of the most celebrated, successful, and wealthiest composers and band leaders of his time. I listened to an hour of Sousa marches, which quickened my pace considerably, until I reached Najah’s Oasis rest stop. Najah’s is a tacky, overpriced Route 66 joint run by bored teenagers. I bought a root beer and a Snickers, and sat at an outside table where I ate a can of Progresso Chicken Noodle Soup.

The last five miles were difficult due to a somewhat painful blister on the sole of my left foot and a lesser one on my right little toe. I had some back strain as well. Blisters, aches, and pains are par for the course on a long walk, as I learned last time. I do not apply any special treatment; I just let Nature take her course. I do have some pain meds that I use as needed (not an opioid).

After lunch, I listened to Beethoven’s First Symphony. I’m sure Ludwig would also have been a big Sousa fan. 17 miles today.