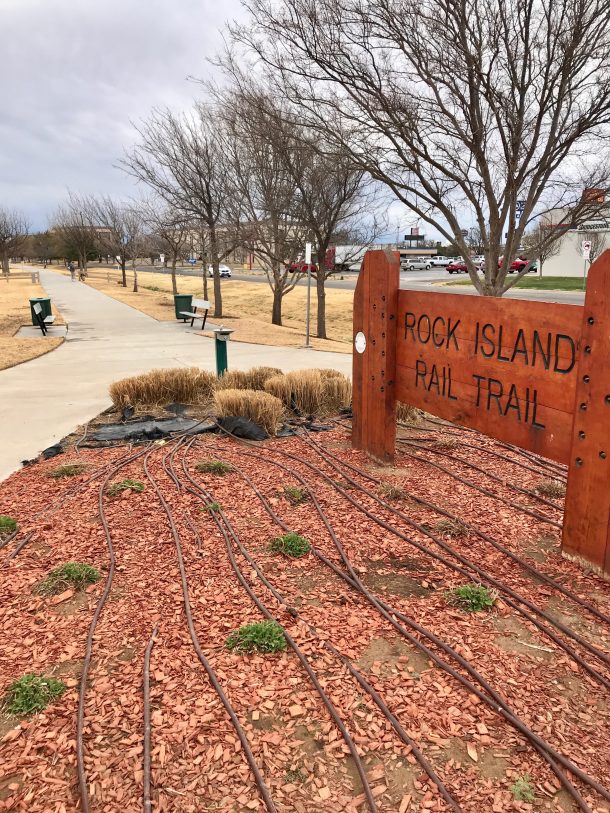 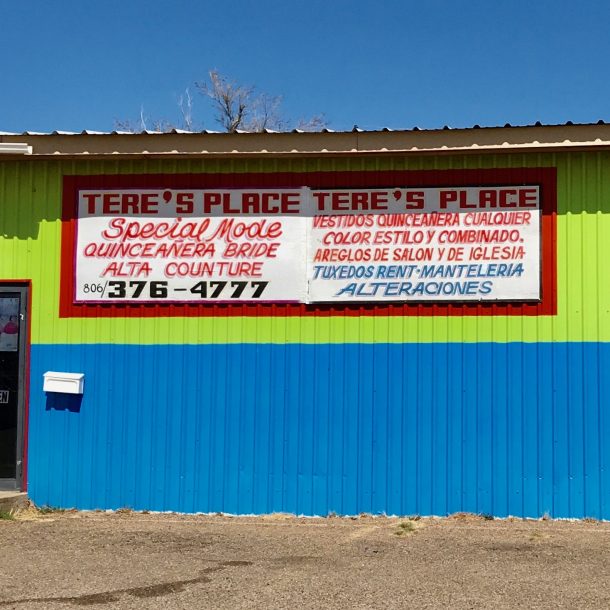 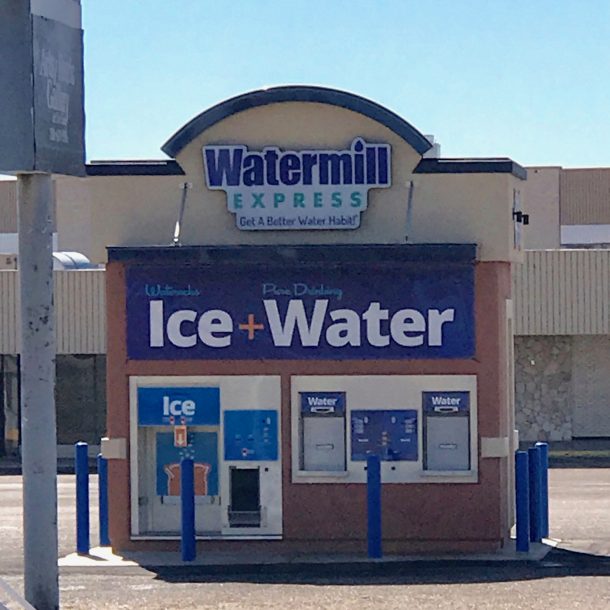 I’m pleased to announce that as of this week I’ve walked a total of over 1,000 miles since my journey began last April.

I fooled myself into thinking today would be a “light day,” and a “day of rest.” The joke was on me.

Instead of spending the whole day in the motel room looking at possible routes and otherwise driving myself nuts, “I’d just walk from one end of Amarillo to the other” and make it a short day. (At this point 12 miles is a short day.) So I left the Days Inn at 11:15 am after an early breakfast and an early lunch, and walked to the Super 8 Motel, 12 miles to the East.

The route I chose was great for the first 3 miles. I walked along Rock Island Rail Trail, one of many such trails that have been reclaimed from unused railroad routes and converted to walking/biking trails. They’re generally lovely, as was this one. The entrance was 1/2 block from where I was staying, and I was even able to stop at a Dollar General and pick up some supplies along the way.

Unfortunately the end of the Trail dumped me in a pretty seedy part of Amarillo. I didn’t like the look of the guys hanging around the street corners, so I moved a couple of blocks over, which was more comfortable. The problem was that the route had me walking along the I-40 access road, which was busy and had no discernible shoulder. It was so bad I moved again to a parallel street. This took me through a couple of miles of modest Latino family neighborhoods. When that road dead-ended, I was back on the Interstate access road with the noise and the trucks.  Finally I spied my motel.

So, after a 4 hour walk, I’m sitting in the air-conditioned “quiet” of my room, eating a late second lunch (or maybe it’s an early first dinner).

Early this morning it seems to have rained. I wasn’t aware because I didn’t even leave the room until 11 am. It could have rained frogs and locusts and I wouldn’t have known. Well, you know what I mean.

Like this post1
Dr. Robert Schoen is a writer, musician, and composer. His book, On God’s Radar, follows his 2017-18 walk from coast-to-coast across the United States. He is also the co-author (with Catherine deCuir) of the novel The Rabbi Finds Her Way.