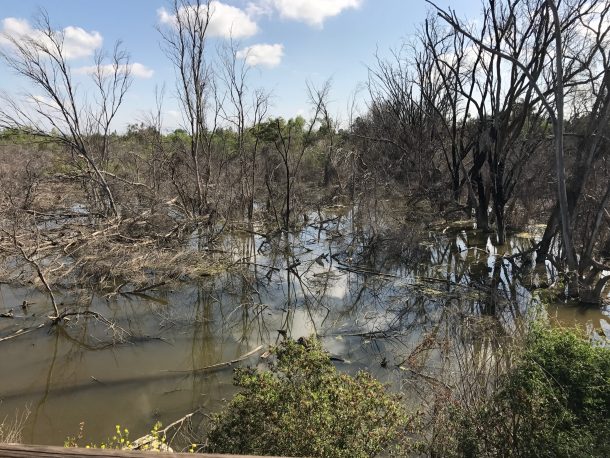 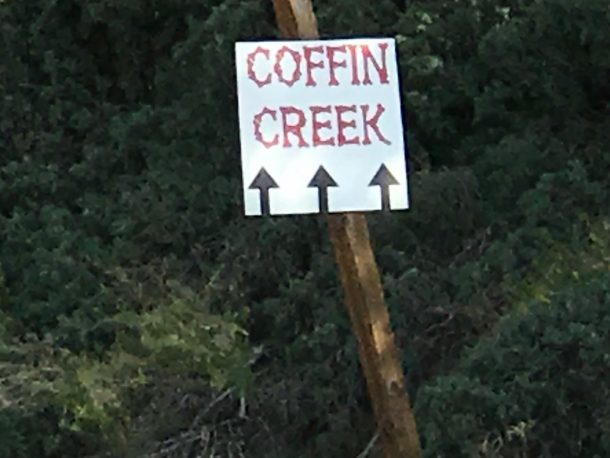 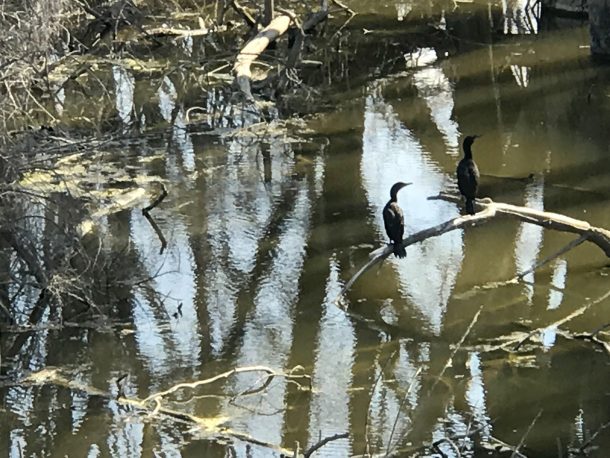 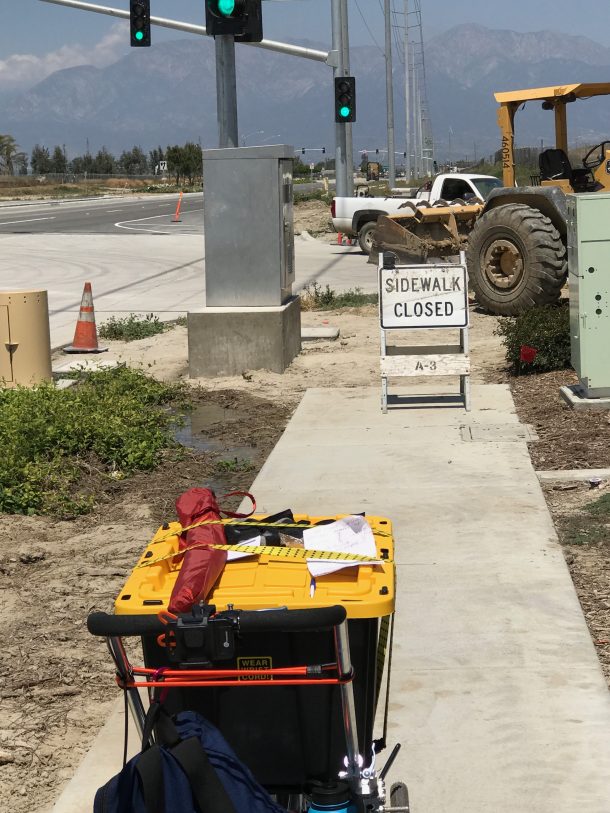 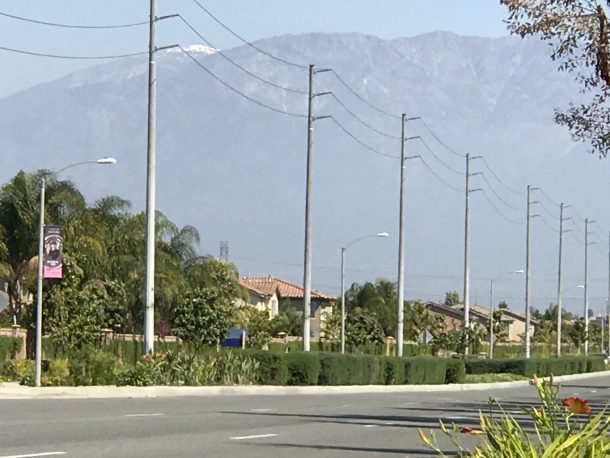 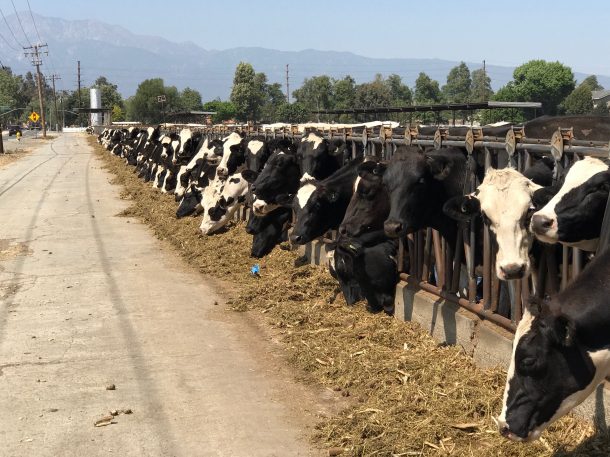 Today it was the three “Cs”—Cars, Construction, and Cows.

This was supposed to be an easy day. Only 16 miles, and about 70% of it was on sidewalks. Turned out the other 30% was hell and frustration. A sidewalk would end suddenly, with nowhere to walk but on a sandy side path or on a busy highway with no shoulder.

Google Maps was alternately helpful or completely misleading. At one point, I had to lug my kart up a small path to a sidewalk (I was able to do it, thanks to years of pull-ups and push-ups), but my legs are really taking a beating). Had I known earlier, I would have bypassed Ontario and the Ontario Airport (and every other freeway-dominated city in America).

I’ll recuperate, regroup, and not walk tomorrow (this Best Western has a great Jacuzzi).

Finally, some people who have done this trip named their stroller, in the same manner one names other inanimate but meaningful objects such as Lucille (B. B. King’s guitar); Wilson (Tom Hanks’ volleyball); Sting (Frodo’s knife), etc.). I’ve been waiting for my Runabout kart to tell me what its name is, and after leaning on it for the last three days, it finally did: Walker. Because that’s what I’ve been using it as.