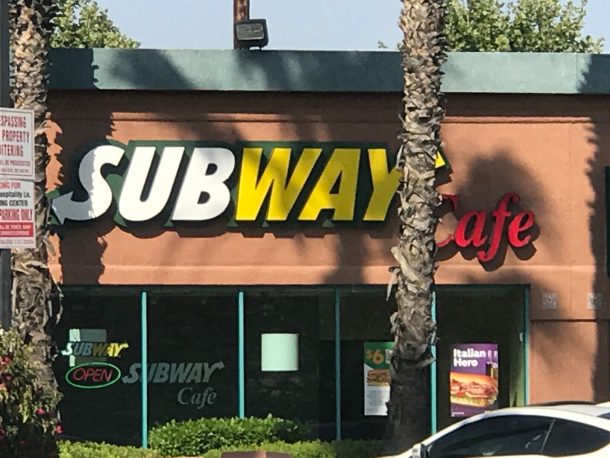 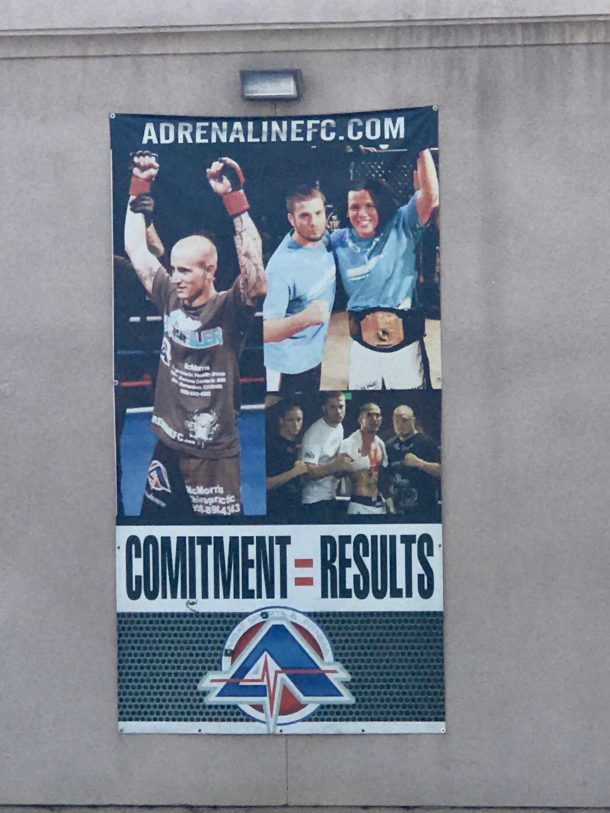 My day began early, about 5am.

In spite of the Mexican music that went on until 2:30 am (I’m actually a fan, and love the tuba bass lines and the staccato accordion fills), I slept deeply when I was sleeping, and fell back to sleep without much difficulty.

I broke “camp,” and was at IHOP 1/2 mile away at 7am when it opened. I really did not order the ham omelette they served me!  But my waitperson was very sweet when I sent it back. She allowed me to charge my phone in the kitchen area and filled my 40 oz. water bottle with ice.

I followed the Pacific Electric Trail until it ended–it’s a great Trail with a lot of history. I met three 60-ish women from Little Rock on bikes who are cycling the Old Route 66 route to Chicago. How romantic (unlike my own trek).

I took a side trip of a couple of miles to the FedEx office and spent an hour going through all of my belongings, packing some up to ship home, and redistributing the weight in the kart. I sent home over nine pounds of stuff.

After looking at reviews of the local motels, the first two I called were full; two more featured bedbugs and/or hourly rates. I finally lucked out with Motel 6, and the lady at the desk accommodated my request for the first floor by putting me in a handicapped room. She must have seen how I was leaning on Walker, my faithful Runabout kart.

The most challenging part of my journey begins tomorrow.