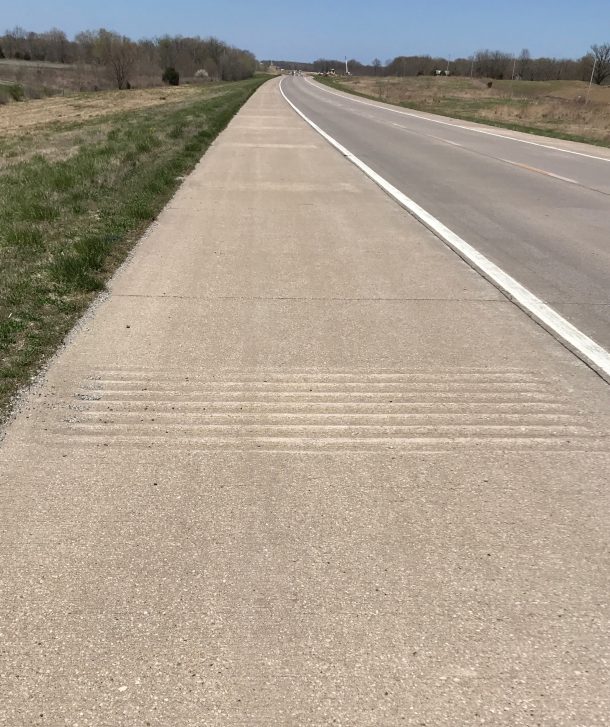 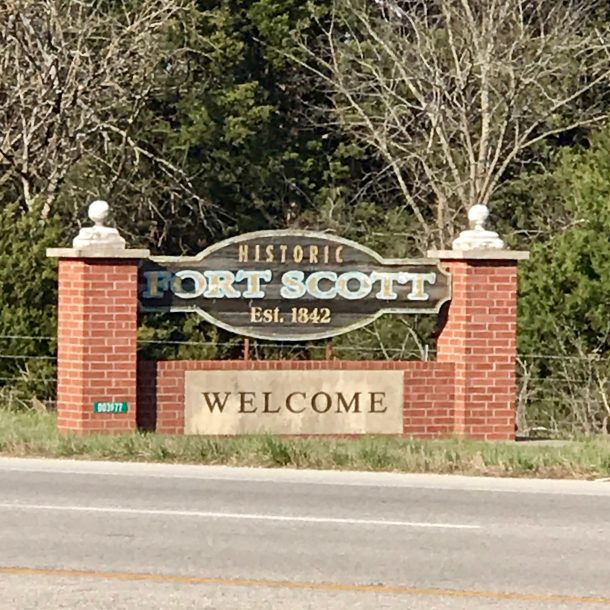 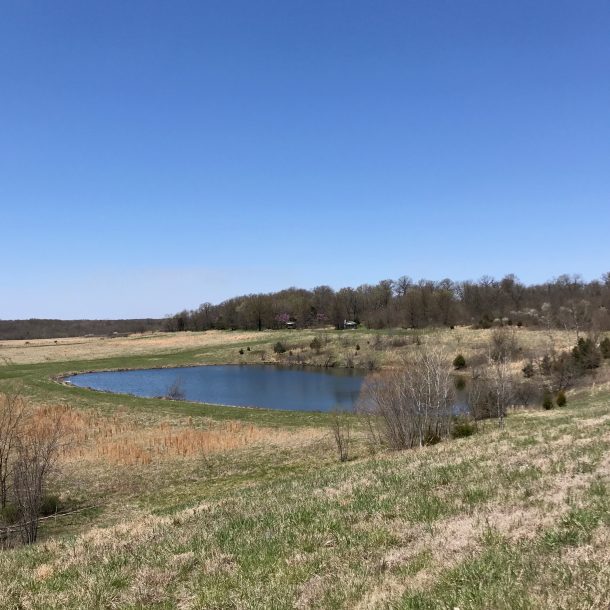 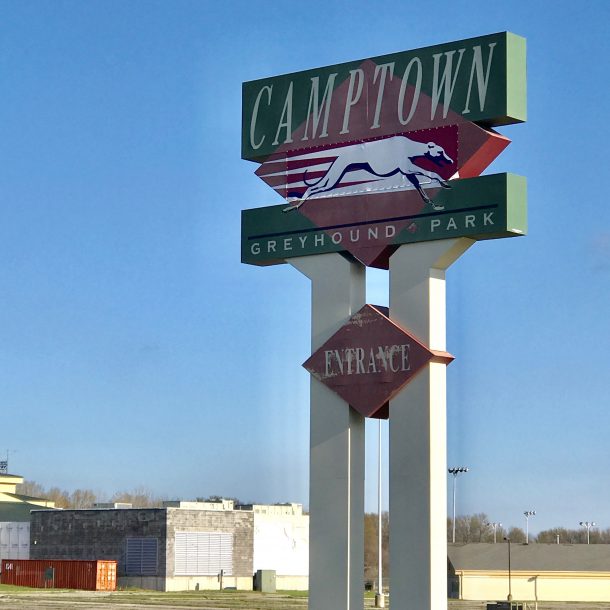 Last night I said that, “I’ll think about it.” So I thought about it.

I decided to not be modest in my goal, and walked 25.6 miles from Pittsburg to the Travelodge in Fort Scott. I played it by ear, and that’s what my ear told me to do. (As it turns out, staying in Fort Scott was the best decision I could have made.)

Major road rebuilding work was going on, and while I would have liked to camp behind some of the construction vehicles, at 4 pm, when I would have been ready to quit walking, that work was still going. So I kept on walking.

One of the construction supervisors, Ben, drove by to check out my kart. Before he left, he offered me a choice of a cold Gatorade or a cold chocolate milk. I chose the latter—more protein. (Did you know each little bottle contains two servings? Ha! As if some construction worker—or anyone, for that matter—would drink half a bottle of chocolate milk today and the other half tomorrow.)

On the road today I found two unusual items. First was a wallet containing a young man’s ID and five bucks. The second was a small pouch containing what were apparently insulin syringes. I decided I’d try to find a place to properly dispose of these (rather than leave them on the road).

After reaching the motel, I checked in, told my tale to the people at the desk, and they upgraded me to a mini-suite on the top floor at no extra charge. Sweet!

Sadly, the day itself wasn’t as sweet. While eating an apple I cracked a tooth that had a big filling in it. My dentist warned me this would happen, and she was right. So I’ll need yet another crown.

While I can’t readily have the crown done while I’m on the road, I do need to get an emergency visit with a local dentist as soon as possible.

Later, I gave the wallet, including the $5, to the woman at the front desk and told her I’d found it in the parking lot. (Okay, I lied. Sue me.) She said she’d take care of it.

Fort Scott seems like a nice town, but I’ll always remember it as the place where my tooth broke.