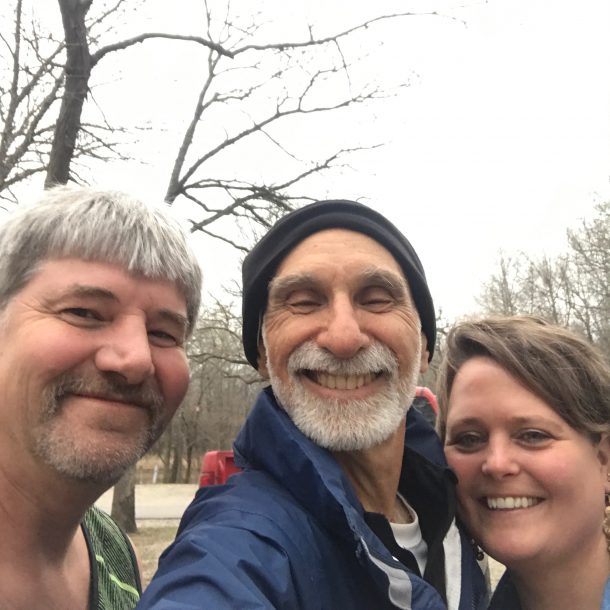 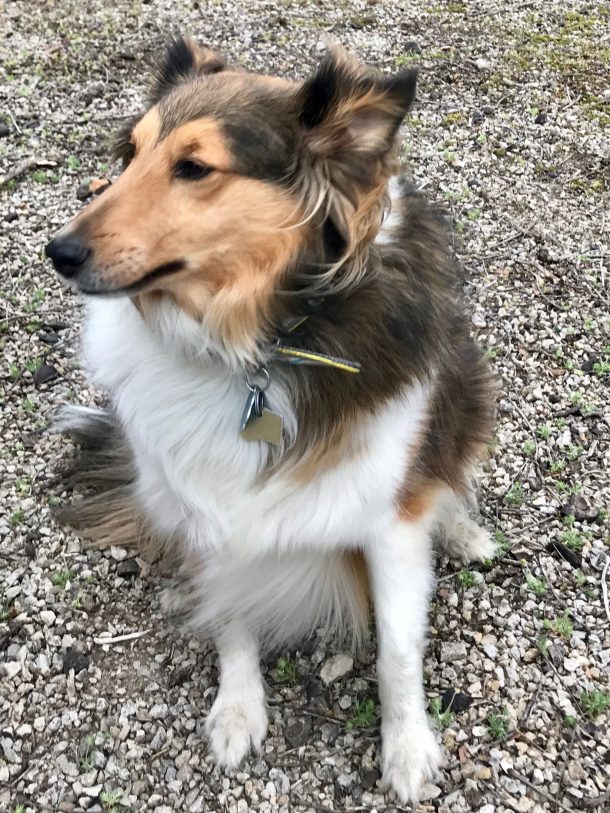 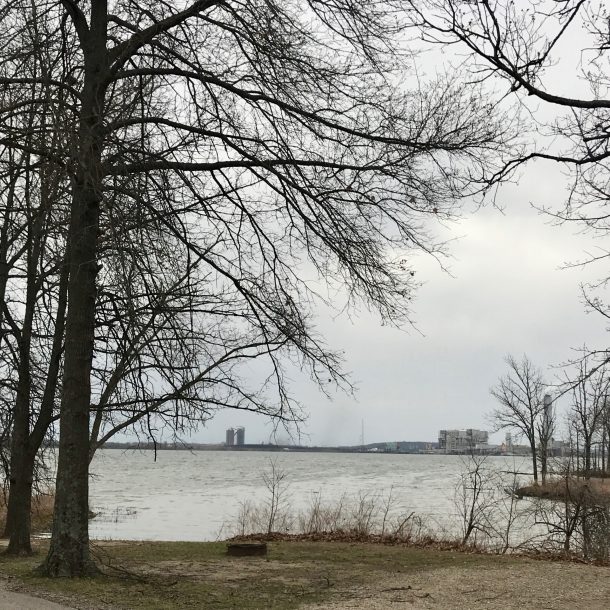 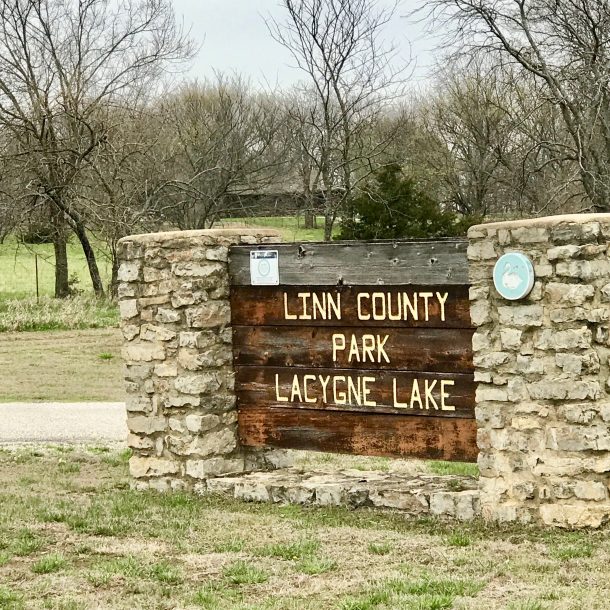 At 6:10 am this morning I awoke, listened to the traffic and birds singing, and heard a nearby train whistle. Wait! Isn’t it supposed to be raining?

Less than 10 seconds later (I’m not making that up) the sounds of raindrops on my tent were added to the soundtrack.

I pondered the question: do I wait out the rain for a while? If so, for how long?

As I thought, it really started to come down. But it only lasted for 30 minutes. So that’s how long I waiting until I packed up and hit Hwy 69 going north once again.

Hwy 69 is, basically, an Interstate Highway without that designation—75 mph, four lanes in each direction, plenty of cars and trucks, and virtually no place to stealth camp along the way.

Although I lucked out last night, I had no such luck tonight.

So, after walking 22 miles today from Prescott, KS to the intersection of Hwy 152, I exited and headed east. I found some “cabins” and called the number listed, but after explaining my situation, the owner (who is out of state at the moment) recommended Linn County Park and Marina, just one mile away.

As I entered the park, the rain, which had stopped, began to fall again. I asked directions from a couple in a red pickup. They told me to just keep walking in the direction I was going. But two minutes later they were back, offering me a ride to the campsites. I gladly accepted.

Rick and Tina and their dog, Wally, live nearby, and are the latest “angels” to help me out. Not only did they lend a hand pitching the tent, but Rick drove off for a few minutes and returned having taken care of my campsite permit fee! Wonderful people, and extremely proud grandparents as well.

An hour later the rain was still coming down, but by then I was snug in my Kelty tent.

Although the lake is beautiful, I didn’t see much of it thanks to the rain, which continued to increase in intensity. Tonight there’s no vehicle noise or the stress of sleeping on the side of the highway. All I can hear are the ducks and geese, songbirds, and the calming sound of rain.

Funny…this morning I thought finding a Ping Pong ball on the side of the road would be the most interesting thing that happened all day. But I was wrong.

And although my excursion to the campsites and lake added about 6 miles to my journey, I believe that was the way it was meant to happen.