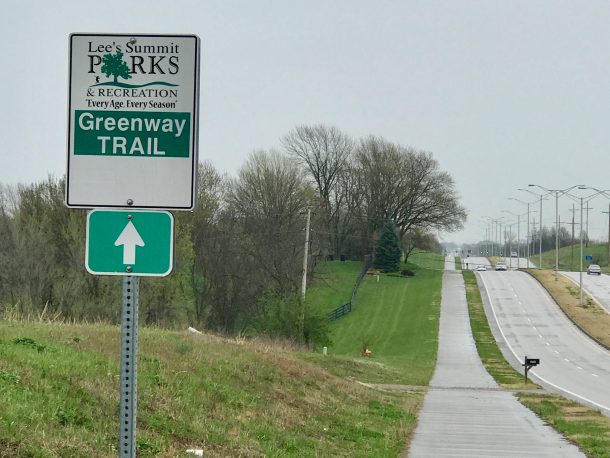 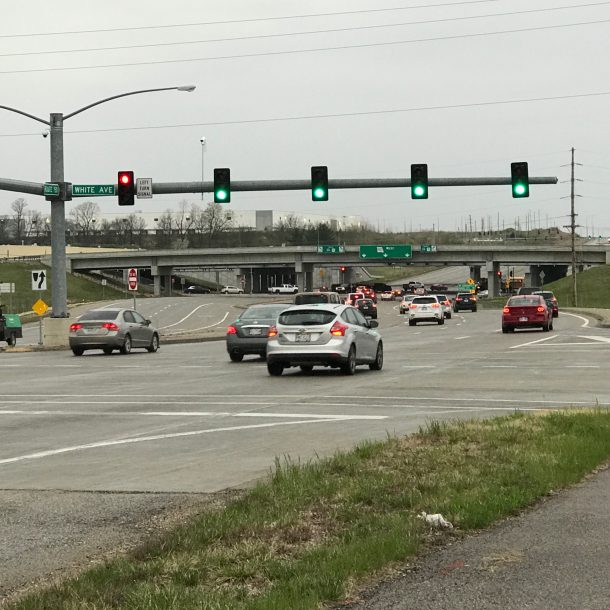 When I began walking on Route 150 (not to be confused with Hwy 50) this morning, the rain had been falling lightly but steadily for hours. It wasn’t a debilitating rain—just enough to make me glad I dressed in rain jacket, rain pants, and waterproof shoes. (The rain continues to fall as I write this in the late afternoon.)

At 7 am, we drove a few miles in the morning traffic and rain along shoulders that were barely two inches wide. When we got to Route 150, I was happy to walk on a sidewalk that went all the way to where I turned north onto Hwy 291.

When I arrived at the Super 8 in Lee’s Summit, the room was not yet available. So I hung out at a breakfast table in the lobby for an hour and caught up on computer stuff.

After putting my gear in the room, I walked to a nearby grocery store where I stocked up on soup, tuna, bananas, cheese, bread, protein bars, and snacks.

In 2010, CNN/Money and Money magazine ranked Lee’s Summit 27th on its list of the “100 Best Cities to Live in the United States.” The city is not  named after Gen. Robert E. Lee. Rather, it’s named after a man named Lea who’s name was misspelled a few times, and that error stuck. Guitarist Pat Metheny is from here.

After heading north for days, I’m finally headed east again tomorrow, this time on Hwy 50, sometimes referred to as “The Loneliest Road.”

I walked 12 miles today (and hope to exceed that number in coming days).