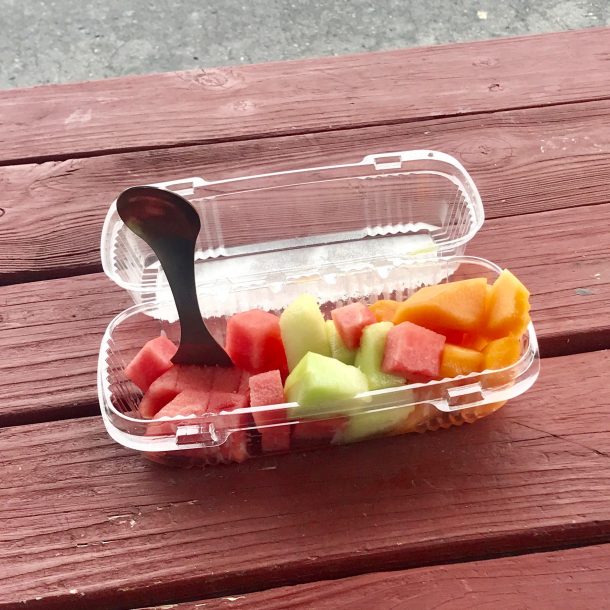 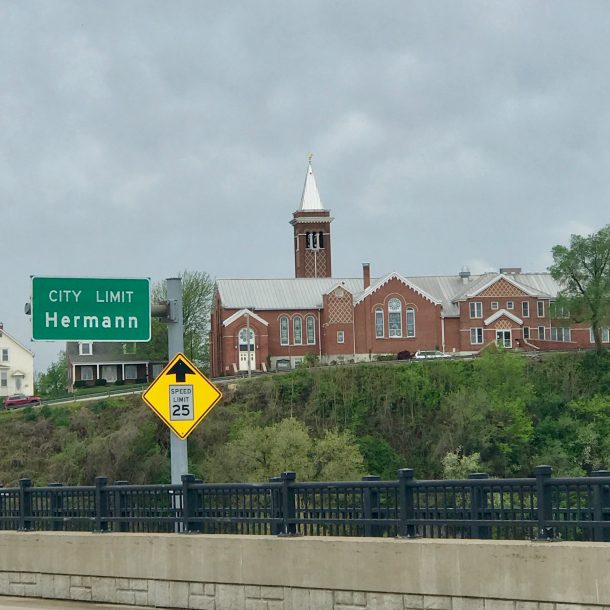 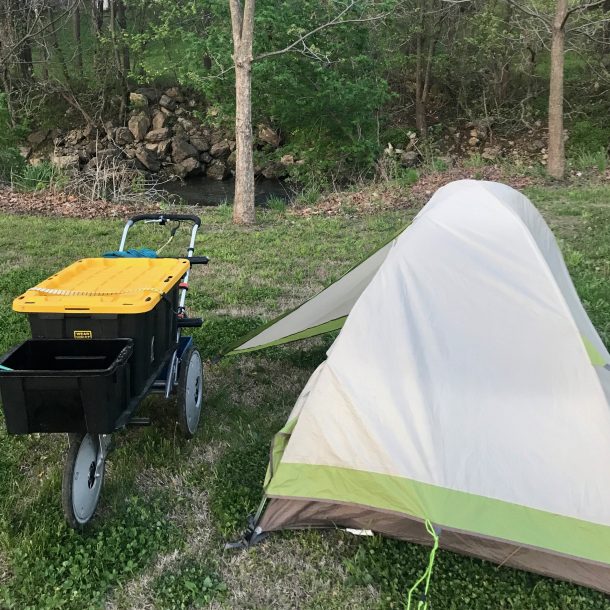 We had quite a thunderstorm in the early morning hours.

As I walked, the sky remained cloudy and gray. For some reason, I was tired when the day began, and I remained anxious as to where I’d be staying tonight.

In the end, I walked to Hermann, where I had more options.

Although the main road into town is lined with charming guest houses and B&Bs, I chose to set up my tent in the City Park ($15). I’d originally set up next to a picnic table on a cement pad. Later, after I took a shower in the bath house, I felt better and moved the tent to a more secluded grassy spot near a creek.

It drizzled off and on all day, but now it’s clear, and a few kids are playing on the basketball court. Vehicle sounds from the highway are ever-present; the wind is blowing the tent gently; and I can actually hear some babbling brook sounds.

I was happy to see there’s a Hardee’s across the highway. I went over for a fish sandwich, but was told, “We’re out of fish until next year.” I just groaned.

To add insult to injury, they were also out of Dr Pepper (until tomorrow). So I settled for a Cherry Coke. (It may be Warren Buffett’s favorite drink, but what does he know?)