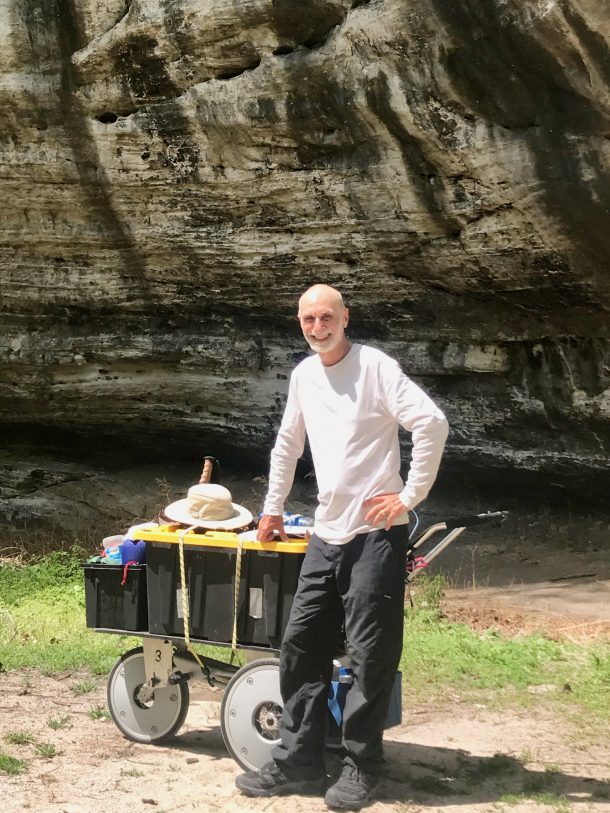 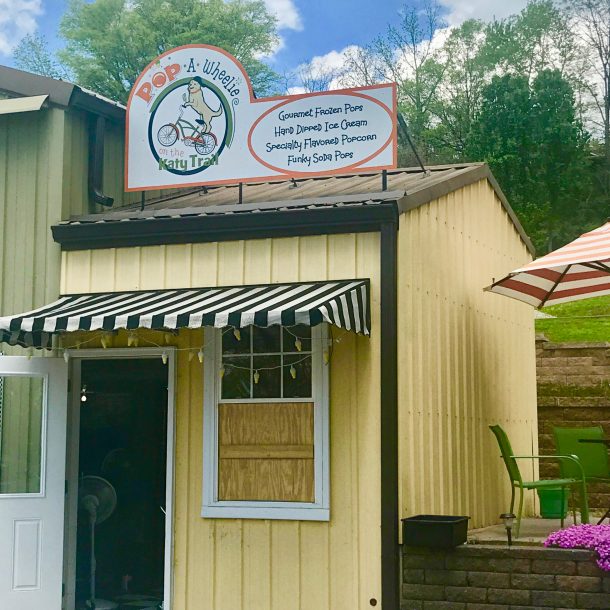 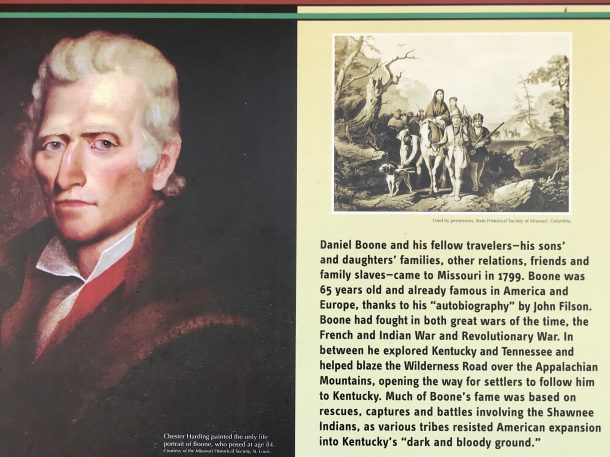 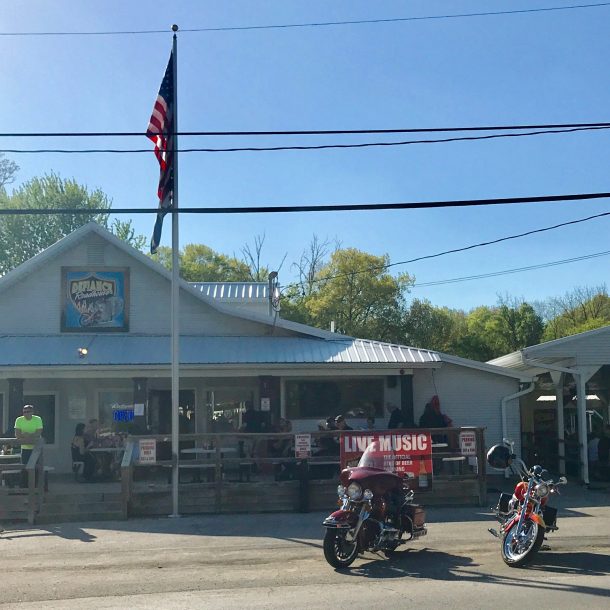 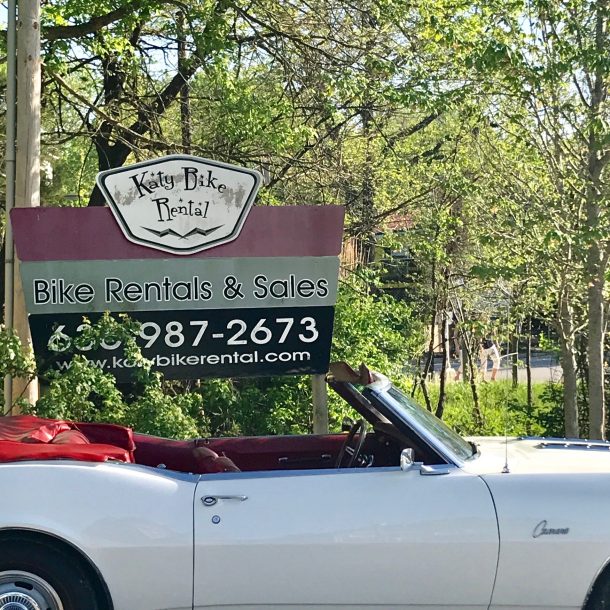 I’d planned to spend tonight in my tent in a “primitive” campsite in Klondike Park in Augusta, Missouri.

After climbing a steep hill to Klondike Park, I was dismayed to find that every last tent site in the park had been reserved for the weekend, including the so-called “primitive” sites (which were all numbered, and not very primitive).

Frustrated, I climbed back down the steep slope and continued walking; and thinking.

I had a map of the Katy Trail, and decided to call the information telephone number listed for the next town, Defiance. I found myself speaking to Robin, the owner of the Katy Bike Rental shop. After explaining my predicament, she invited me to pitch my tent on the lawn behind the bike shop, saying she’d call Todd, her husband, and let him know I was coming. Now that’s hospitality!

Robin warned me that the live rock music and partying in bars nearby would not stop till after 8 pm or so.

For lunch I stopped at the Pop-A-Wheelie Café. The young woman behind the counter, Rebecca, made me a 2-egg sandwich with Mexican cheese and spinach on an everything bagel and a delicious fruit and yogurt smoothie. It was all simply perfect!

When I arrived in Defiance and walked into the bike shop, Todd wasn’t there, but Teri and Hunter welcomed me. I walked over to the spot where they directed me, pitched my tent, and felt relieved. It had been a long day, but the music was, as predicted, going strong.

I set up my tent, made myself a tuna and cheese sandwich, drank a Mug root beer (no caffeine), and listened to live rock. I heard several original songs, all with unintelligible lyrics, a heavy emphasis on a backbeat supplied by the drums, and lots of cymbal crashes. (This was no better than the music I was playing with my own rock band in the basement of my parent’s home in Wantagh when I was 16. The difference is, these guys have more powerful amps, and I knew more chords.)

After I ate I took a quick walk around town, watching hundreds of adults—most of them Baby Boomers like myself, drinking, eating, drinking some more, and enjoying themselves.

To illustrate how much a stranger in a strange land I am, today I listened to a piece of wonderful music I haven’t heard for many years—Prokofiev’s Peter and the Wolf. I suspect Prokofiev also knew more than 3 chords.

(Finally, a new group came onto the bandstand. They’re much better. Five chords, at least.)

I walked 19 miles today. It’s been difficult and frustrating not having cell service. I’m sure Daniel Boone did not have to put up with this.