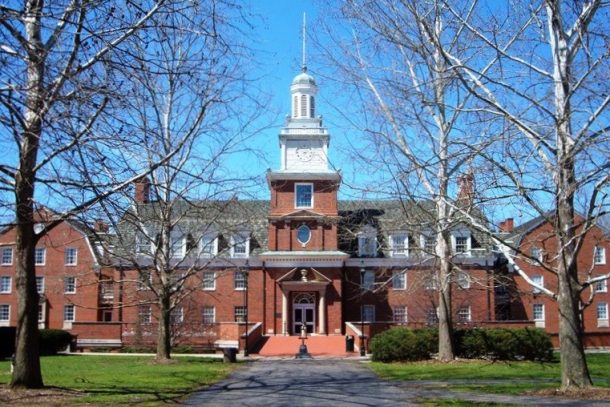 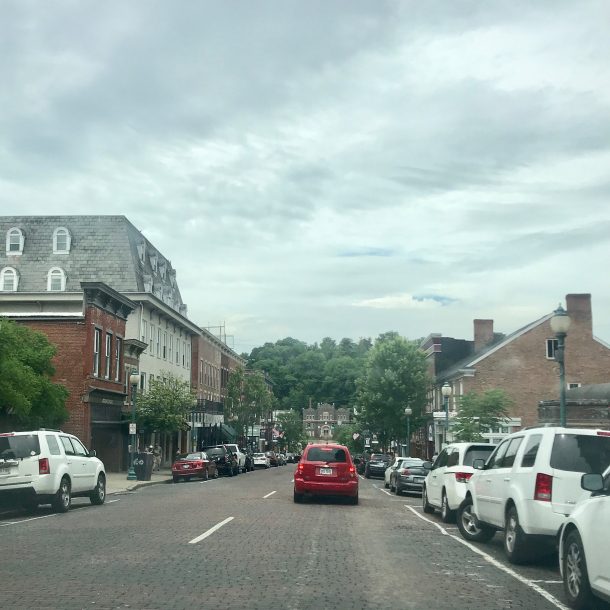 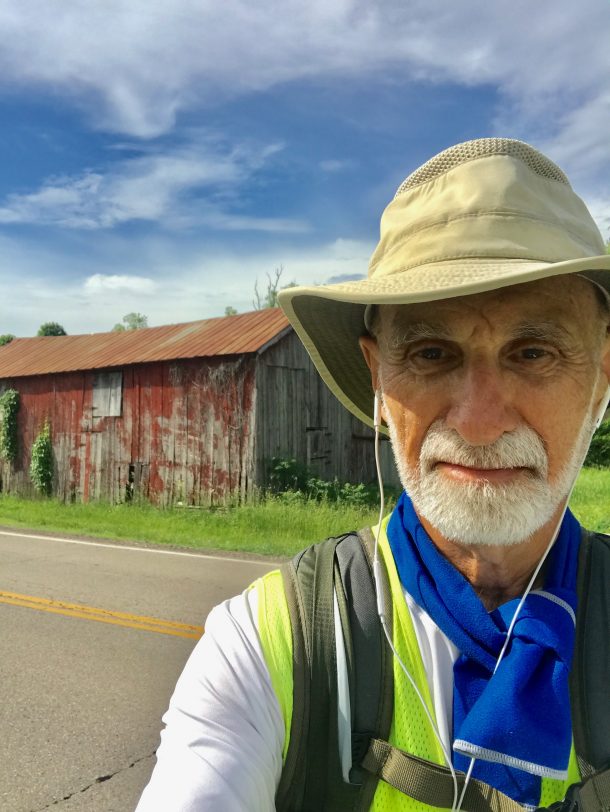 After six hours of walking, I was having a helluva time trying to find a decent place to camp when it started to rain. At that point a man in a Prius pulled up, lowered his window, and asked if I’d like a ride. I climbed in. Hell, I’m no fool.

Jim told me he was on his way to Athens, Ohio, which is where I was headed. I called and made a reservation at the Super 8 in Athens while Jim told me about his two careers—insurance agent and adjunct professor teaching risk management at Ohio University (my son Adam’s alma mater).

Before dropping me off, Jim drove me around the impressive campus where Adam had spent three years.

Later, I had a Skype conversation with my friends Bill and Barbara, both experienced backpackers and hikers. They confirmed that my backpacking difficulties were more or less normal, and I’d eventually overcome them.

All blisters are now taped with Leukotape K, and will hopefully heal with time.