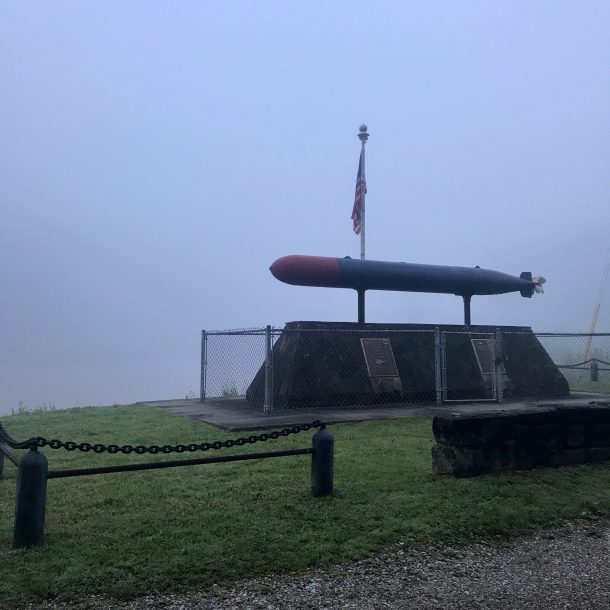 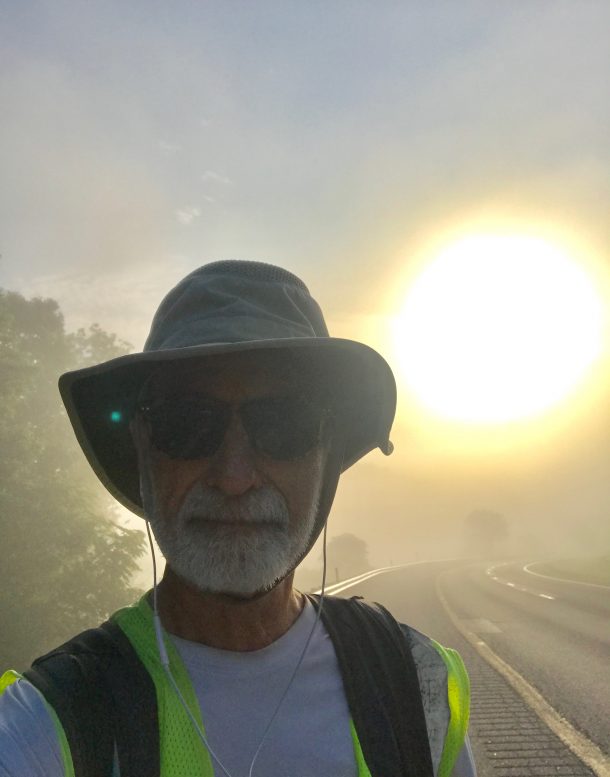 I awoke at midnight to find the sky filled with stars and many fireflies. It was a magnificent scene, and a reminder of how beautiful the universe can be.

After watching the flickering of the fireflies (and a few satellites passing by) through the screen in my bivy,  I eventually fell back to sleep.

Sadly, camping in a bivy while being a 71-year-old man does have its downside. Extracting oneself from the “tube” to go pee in the middle of the night requires a fair amount of effort; but it must be done. The process was simpler in the tent, especially being a man. Fortunately, tonight is was not raining.

I walked along the rolling West Virginia hills in the early mist (and later in the sunshine) for hours, taking frequent rests as I shifted the backpack and tried to ignore the intermittent blister pain in my right foot. My destination was the Sleep Inn in Ellenboro. When I arrived, Benita, who’d made my reservation yesterday, was at the desk with a smile to greet me.

After putting my gear in my room, I hobbled over to a nearby place for lunch.

Now, after a shower and a nap, I’m ready to start planning the next few days (camping tomorrow night; motel the following night).

Whenever I’m feeling sorry for myself, I think of the many refugees around the world seeking asylum or freedom, or of the hardships my grandparents had to endure while immigrating to this country. My “hardships” are nothing compared to theirs.

Virtually every day someone asks why I’m doing this, and I talk about my father and his World War 2 service. Truthfully? Compared to his 44 missions in a B-24 in the South Pacific, what I’m doing is a cakewalk.

Yes, I’ve got it easy in comparison and, God willing, I’ll be home in less than a month.

Like this post2
Dr. Robert Schoen is a writer, musician, and composer. His book, On God’s Radar, follows his 2017-18 walk from coast-to-coast across the United States. He is also the author of What I Wish My Christian Friends Knew About Judaism  and the co-author (with Catherine deCuir) of the novel The Rabbi Finds Her Way.