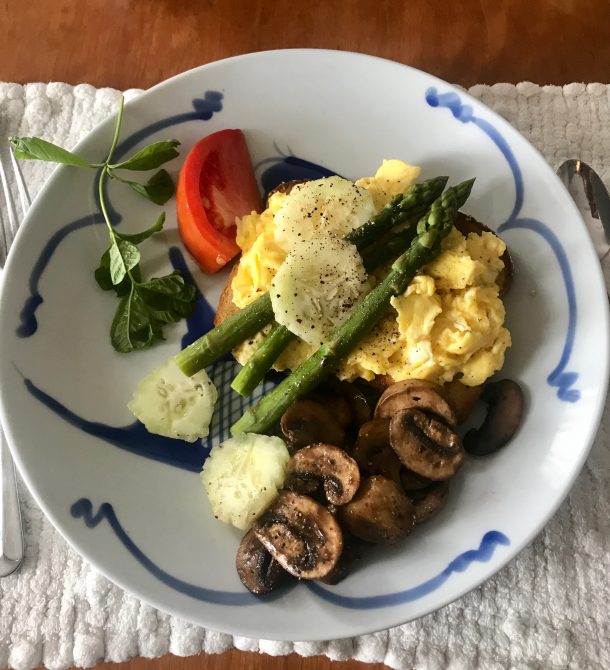 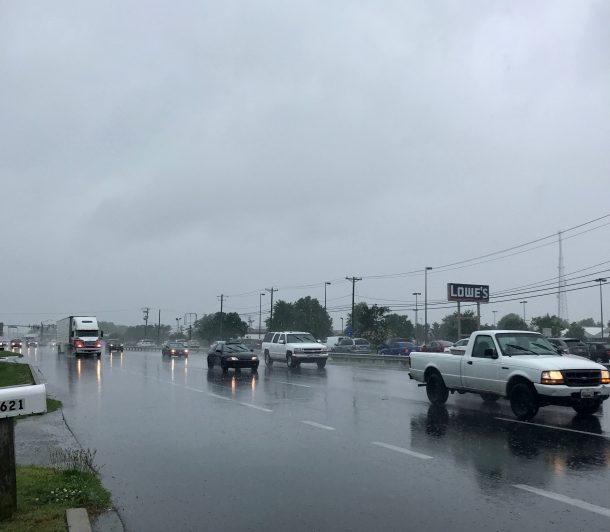 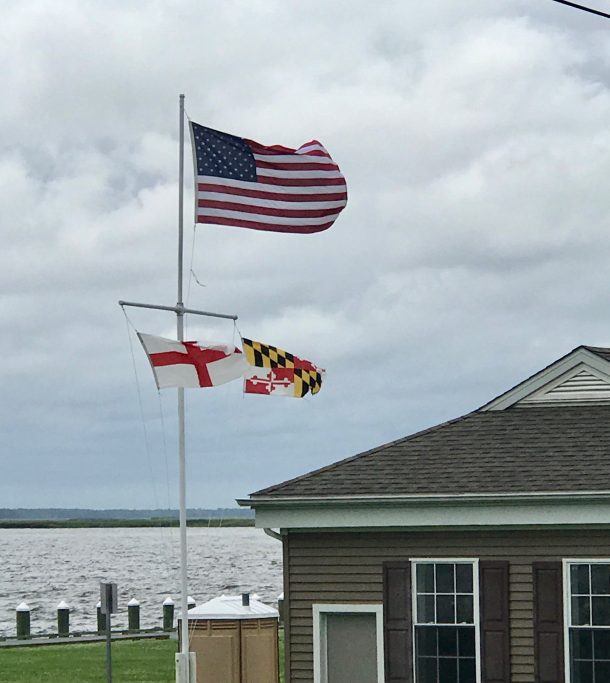 Rain. Wind. Gray skies. I’ve seen worse of each, but I am near the end.

This morning’s meal was epic. I counted eight varieties of fresh fruit, and five different vegetables accompanied my eggs and English muffins. I complimented Elise on the striking color contrasts in the food presentation, but she waved it off, alluding to what she used to do in “the old days.” It seems I’d also eased her burden by requesting “no meat.” (For a snack last night she served both herring and sardines!)

Sadly, she intimated that after 30+ years in the business, I might be their final guest. Harvey’s memory is failing, they’re both aging, and she just can’t do it alone.

Elise insisted that she and Harvey drive me across the Nanticoke River bridge towards Salisbury. When we stopped for gas, I pumped. (The gas tank was as empty as it could be.)

We soon said our goodbyes, and I headed off for my next-to-last walk of the trip.

As I approached Salisbury, the landscape became more of what many Americans have come to accept as the norm—traffic, traffic signals, fast food and other iconic restaurants, gas stations with attached convenience stores, muffler shops, chain drug stores, a Walmart, strip and shopping malls, motels, and so on. This town is a duplicate of so many I’ve walked through.

This sameness can be numbing. Part of my brain has absolutely no idea where I am. Added to that unawareness is my ignorance of the day, date, month, time, or even what state I’m in. More and more these details are just part of a blur.

Having been present when a cognitive assessment was performed on my father several years ago, I know that a major difference between his state of mind and mine is that I still remember my birthdate and the names of my sister, children, and wife. (And I remember who the current president is because the media won’t allow me to forget it.)

I’m confident that my present state is a result of having lived in the present for the last five months, rarely venturing more than one or two days into the future. Virtually my entire concentration has been directed to what’s happening now, today, and tonight. I’ve always been skeptical of the concept of “mindfulness” and the people who insist that you “practice” it. I truly believe that we live mindfully when we’re called on to do so. I say to you, why worry about being in the present if you don’t need to?