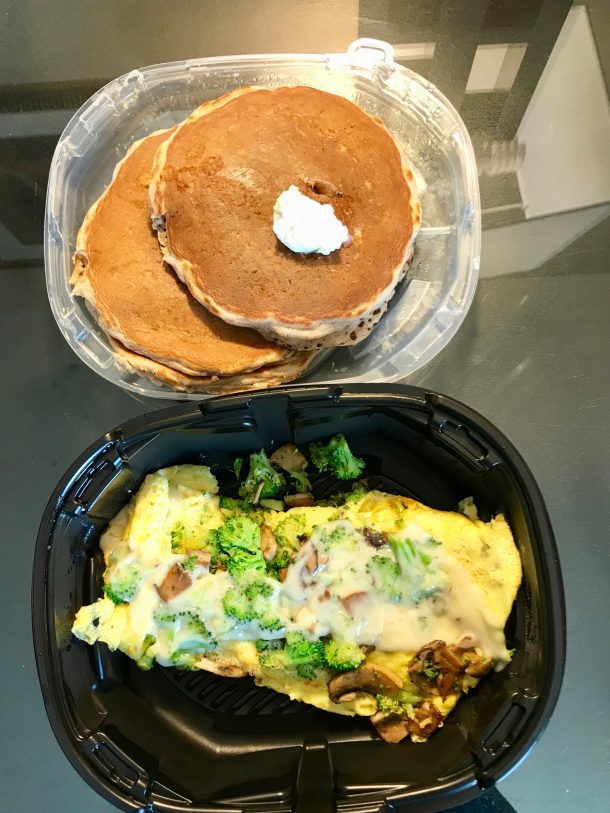 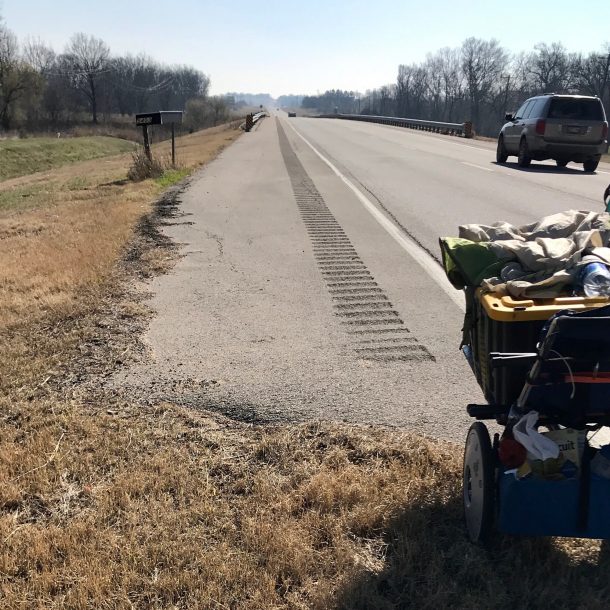 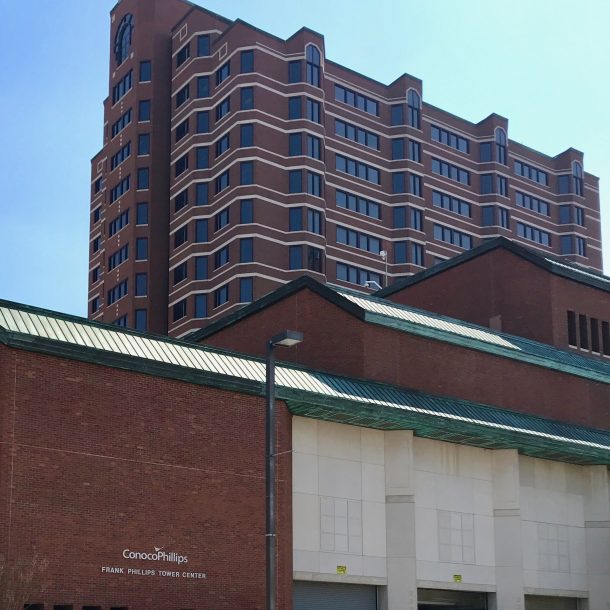 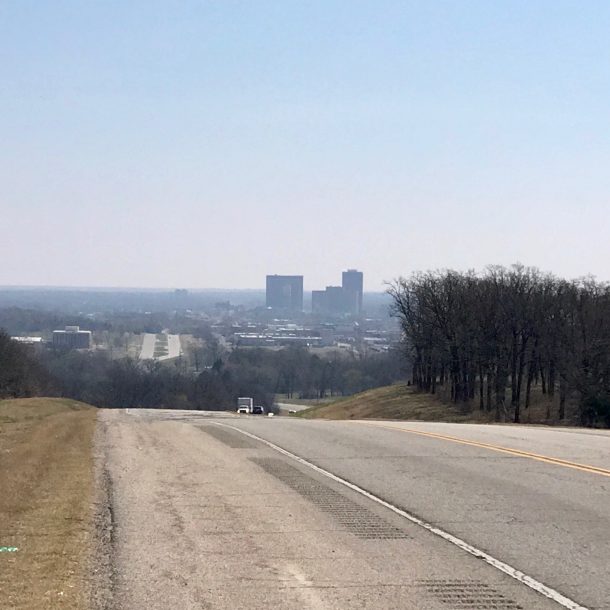 My campsite (behind the broken concrete and rebar) was a wonderful place to be last night—restful and generally quiet.

The rain eventually stopped, but it remained cold during the night. This morning, the sun was shining.

I got back on the highway after eating a protein bar, and… Poof!  The shoulder ended.

So I dodged traffic from 7:50 to 10:20 am, walking on and off the shoulder-less road (on, off; on off), waiting for cars and trucks to safely pass me before continuing. I am not a litigiously-minded person, but after walking for hours on a highway that has a 1-inch wide shoulder, the thought of suing the state did come to mind. It’s not just the safety of the rare pedestrian; what about drivers who need to pull off the highway because of an emergency? There’s just nowhere to go. (It’s times like this that make me think about what it would be like to be walking without a kart, just carrying a backpack.)

Today I listened to a great Fresh Air podcast: “How Rodgers & Hammerstein Revolutionized Broadway,” an interview with Todd Purdum, author of Something Wonderful: Rodgers and Hammerstein’s Broadway Revolution. It featured some classic R&H songs.

Bartlesville, Oklahoma, a city of 36,595, is notable as the longtime home of Phillips Petroleum Company. Frank Phillips founded Phillips Petroleum in Bartlesville in 1905. The company merged with Conoco, but later split into Phillips 66 and ConocoPhillips. I enjoyed walking on the sidewalk through portions of downtown.

Then the sidewalks disappeared and it was the same old problem—nowhere to walk safely.

I planned to eat at IHOP, but the background music was so obnoxious and irritating  that after sitting at a table with my menu for a few minutes I got up and told the hostess that I wanted my lunch to go. I brought it back to the quiet of my Days Inn motel room and ate in peace.

For some reason this motel features free laundry machines!