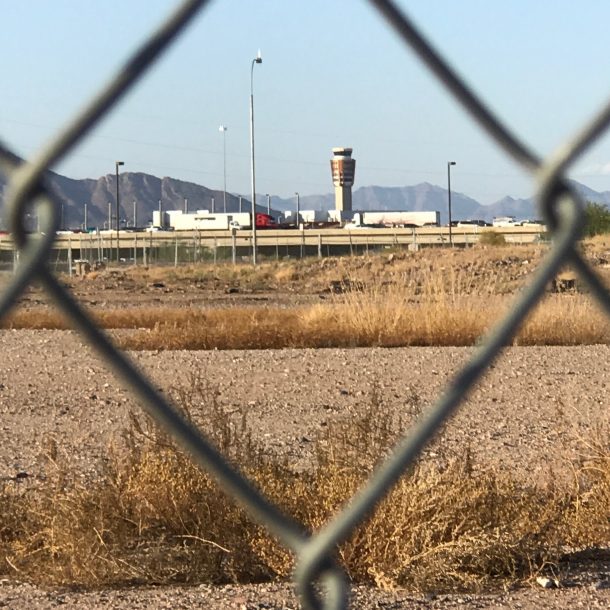 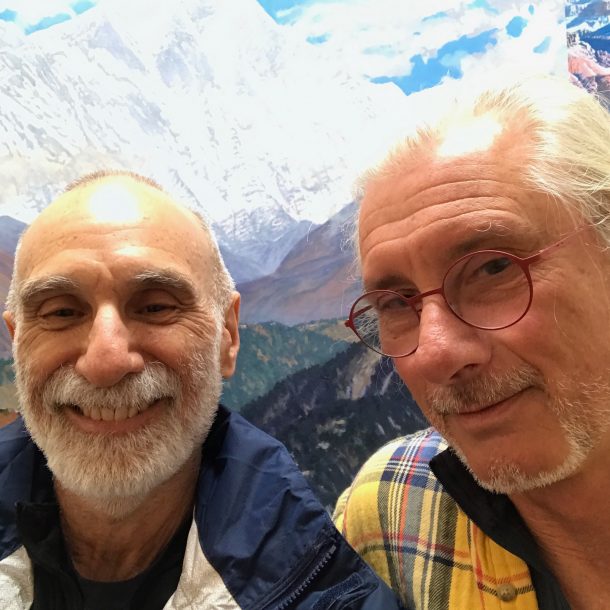 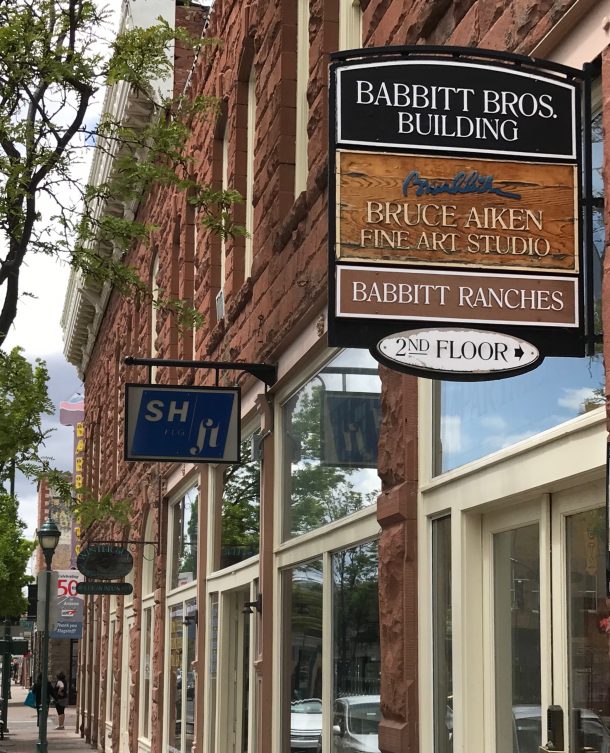 Sometimes you have to go south to go north. And that’s what I’m doing.

I spent a couple of days agonizing about a viable walking route out of Flagstaff. Between the crazy climbs and altitude (north via Tuba City), miles of nothing (through the Indian Reservations), the lack of services (water, food, lodging), and the inevitable forays onto dirt paths or Interstate highways, I was beginning to feel desperate. How long could I hole up at the Best Western sitting in the Jacuzzi?

I visited and spoke with my sister’s high school friend, Bruce Aiken, a well-known and respected artist living in Flagstaff. He knows the region well. Bruce told me what it would be like walking north to Tuba City. It would be many miles of isolation. He did not encourage me.

I also put out an email to my mentors. My friend and advisor Jeff responded, “Well, if you were in Phoenix I could help. That’s the way I went on my walk across the country.”

I let these pieces of advice simmer for a while, and then made an executive decision. I’d move my walk south to Phoenix. Consider it a “repositioning shift.” Phoenix is 150 miles directly south of Flagstaff, and I’m going to have to walk those 150 miles anyway when I start heading north again. I’d been following the route of Ben Davis, another walker, who encountered snow and the most frigid days of his journey on his route to Colorado.

On Jeff’s route through California and parts of Arizona, he had encountered similar problems to mine. But his route through Phoenix worked great. So I decided to follow in Jeff’s footsteps for a while before heading northeast to Cincinnati.

I walked three miles to the Greyhound bus station. As I write this, I’m on the bus to Phoenix (which arrived two hours late, “No refunds, folks”), and can’t wait to get off and walk 6 miles to the Motel 6 in Tempe.

In Tempe I’ll be meeting up with Lisa Monheit, a former opera singer and currently a speech pathologist, who graduated from Wantagh High School a number of years after I did. She now lives in Phoenix. Lisa and I both benefitted from the mentorship of Rollan Masciarelli (fondly known as Maz), the wonderfully talented and inspirational music teacher at WHS. We also share this in common: Maz changed our lives as musicians and people. He was that kind of teacher.

I’d only met Lisa one time, at a bar mitzvah in Oakland. When we made arrangements for our meet-up, she asked if there was anything she could bring me. I didn’t hesitate. “Chocolate chip cookies.” Lisa didn’t fail me.