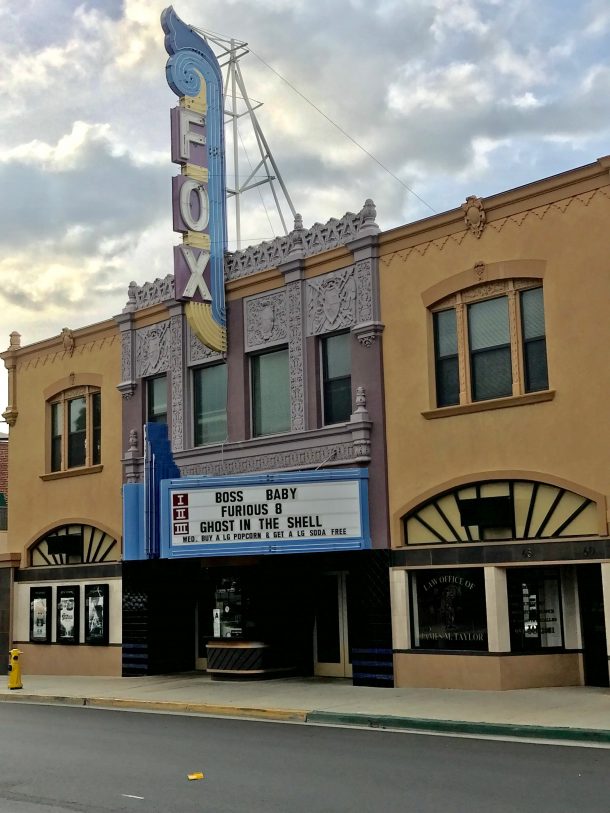 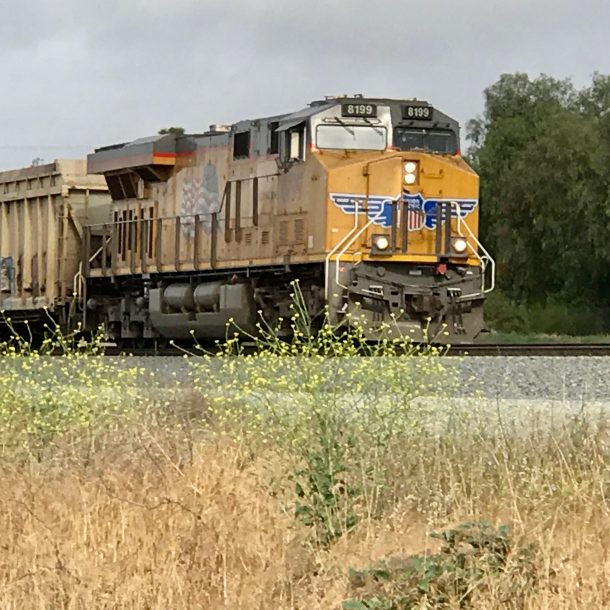 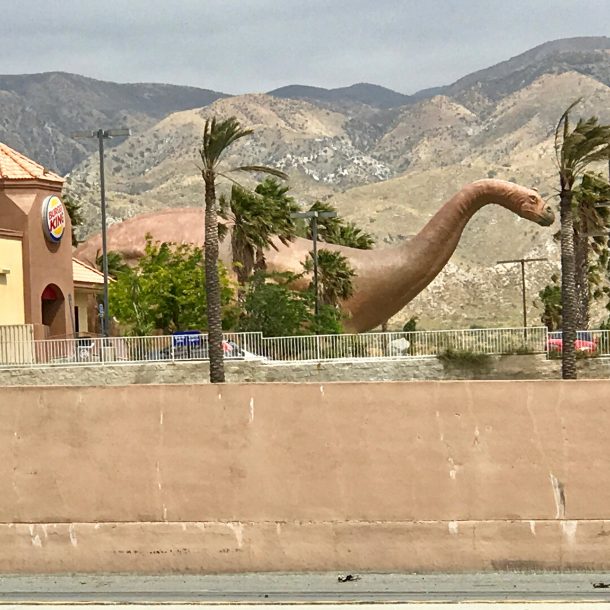 It was a 14 mile day, but that does not begin to tell the half of it. The billboard, however, tells it all.

I followed the directions out of Banning given to me by no fewer than three veteran non-car travelers. But this business about having to work on a complicated walking route to avoid the Morongo Indian Reservation is just plain crazy. You can drive through the reservation, but you can’t walk through it. Thus one needs to walk along the railroad tracks south of the I-10. The problem was, the road I started walking on south of the RR tracks abruptly ended. A hundred feet ahead I saw another road that continued in the direction I was going. But it was on the other side of the tracks!

Fortunately for me and Walker, I do pull-ups and pushups, and was able to lug all my gear and the kart (in three trips) up the gravel track-side, over the four rails, and onto the other path. Then… suddenly out of nowhere came a freight train roaring down the track! Well, not suddenly; it was about 15 minutes later.

For the next eight or 10 miles there was no drama. I ate the lunch I’d cadged from the breakfast buffet and tried not to let my aggravated knee aggravate me. All was well until the road ended, I was diverted to the north side of the freeway, and directed down Tamarack Road. Let me just say that Tamarack is more sand than road. I found an empty lot in which to pitch my tent for the night. The wind is very gusty, but it’s still warm outside—and will stay that way until the sun starts to go down in a couple of hours.

Tomorrow I’ll try to make my way over to Route 62 north, which will take me in the direction of Twentynine Palms.

Like this post1
Dr. Robert Schoen is a writer, musician, and composer. His book, On God’s Radar, follows his 2017-18 walk from coast-to-coast across the United States. He is also the author of What I Wish My Christian Friends Knew About Judaism  and the co-author (with Catherine deCuir) of the novel The Rabbi Finds Her Way.