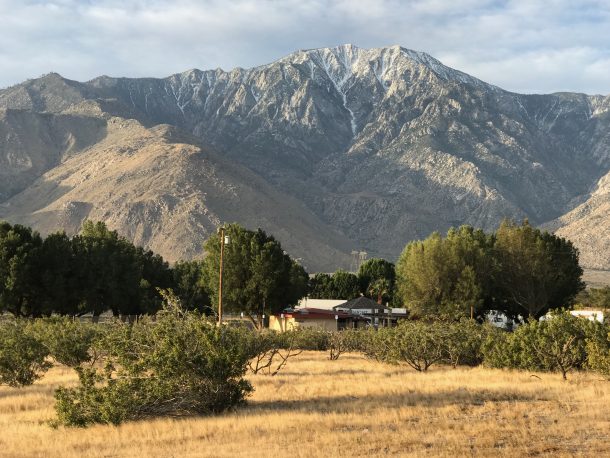 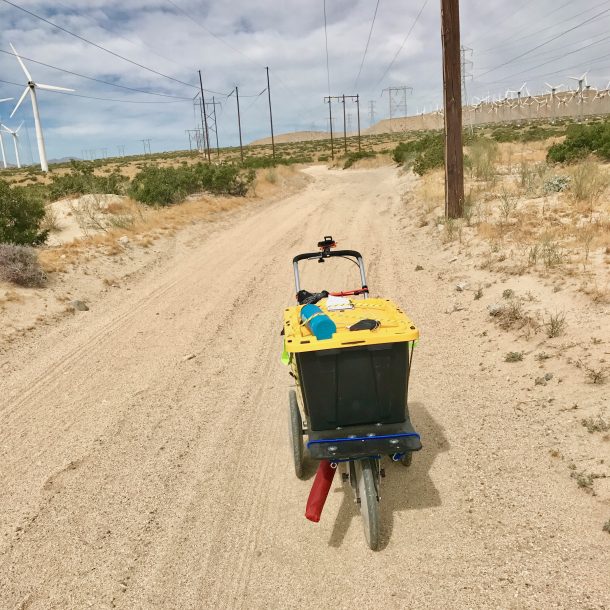 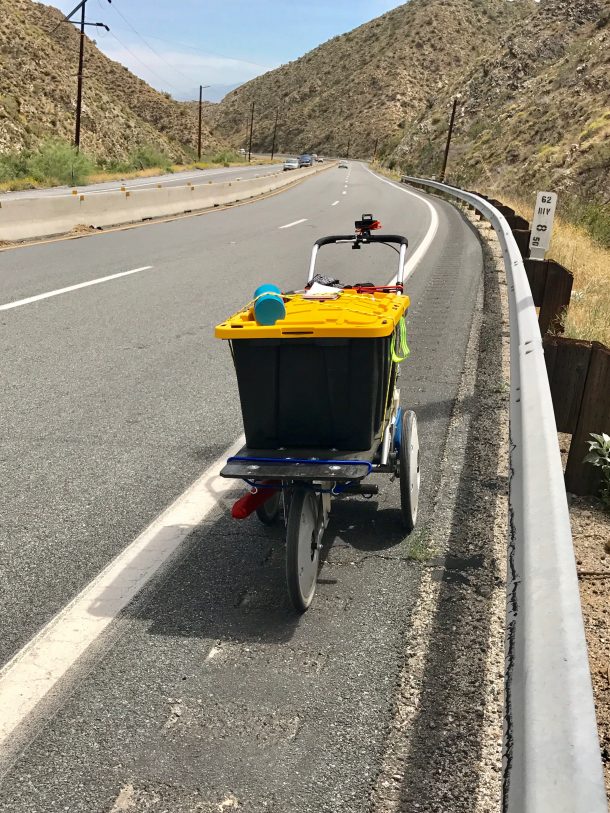 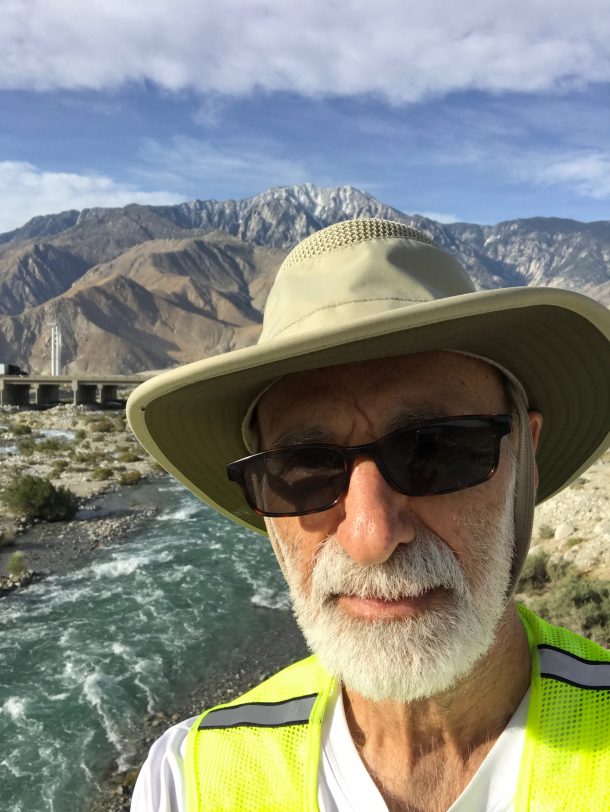 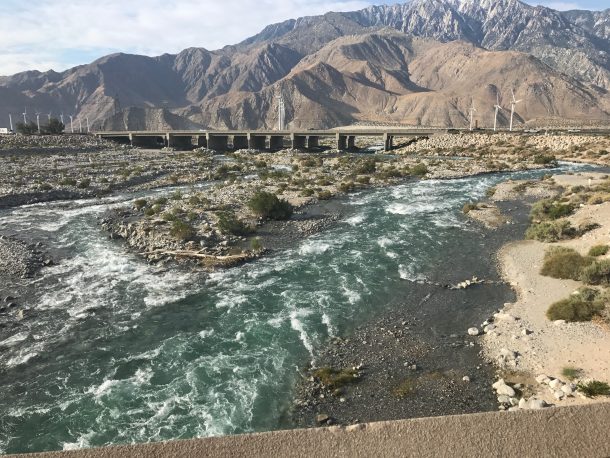 If today had been Day 1, I am not sure there would have been a Day 2.

I was on the road at 6 AM and saw a beautiful sunrise. As predicted, it was sand and more sand. When two hours later I finally hit some asphalt pavement, I thought my troubles were over. To lighten my load, I gave my Stanley Cooler to the first truck driver I saw, and pushed Walker (now nine pounds lighter) up the hill that would supposedly take me around the I-10 Freeway. But I again encountered sand; it was uphill all the way.

This went on for the next couple of hours (plus 45 minutes to backtrack when a service crew informed me I was in a restricted area). The guys were friendly and directed me to a different road. Google Maps, (which had screwed up royally previously), now directed me down “16th Avenue.” I couldn’t believe it—does “16th Avenue” sound like a dirt road to you? Nevertheless, I pushed and pulled the kart in the direction I was told, and came across another service crew. They confirmed that this was, indeed, 16th Avenue. They laughed at my expression and assured me that up ahead the road was paved.

And it was. Hallelujah! It brought me to Route 62, aka Twentynine Palms Hwy., which featured a wide shoulder on which to walk and push my kart. Until it didn’t. That’s when the climb up began. Up and up. It lasted forever, and the path on which I walked (facing traffic) seem to become narrower as the ascent continued. (The photos of the kart reveal that the two rear tires are located precisely in the center of the traffic bumps; these bumps alert drivers they are veering off the road.) It was a tough climb, but I had no choice—I needed water and food, and there are no services between Whitewater and Morongo Valley.

The 15 or 16 miles I logged today were tough miles. When I arrived in town, I stopped at the Circle K, bought an ice cream sandwich and some PowerAde, and filled my two 40 oz. vacuum bottles with water. I then wandered over to the Monument Bar & Grill for dinner where I met (L to R) Chad, John, Juan, and Bill—all great guys. It felt great to buy a round of beer for everyone, and Bill said it was okay for me to camp in his backyard overnight.