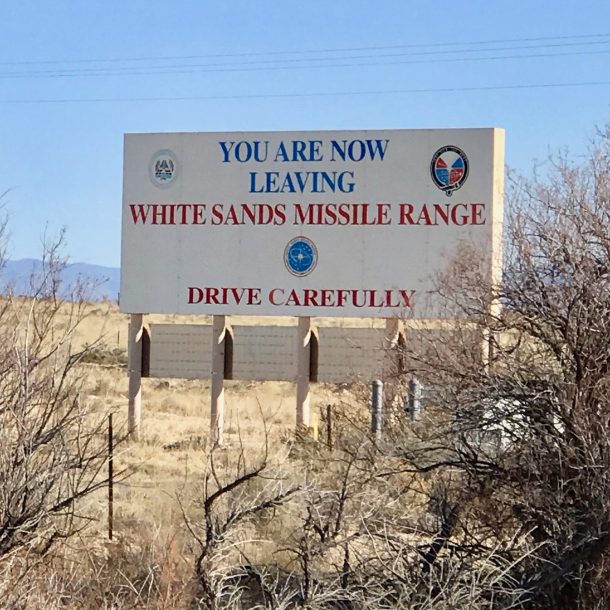 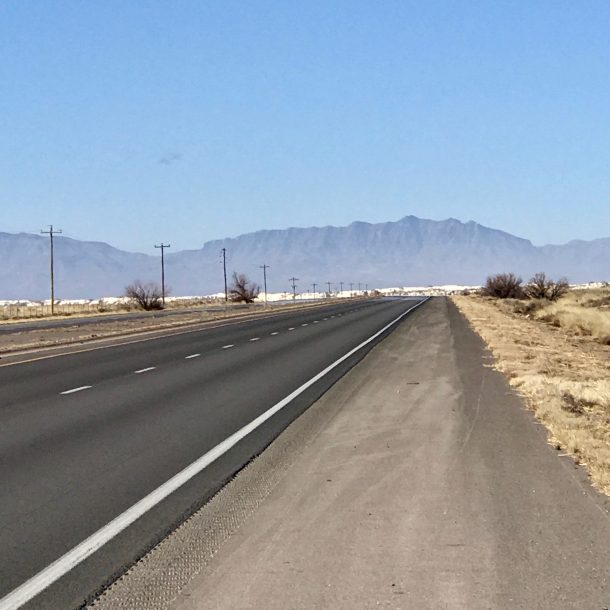 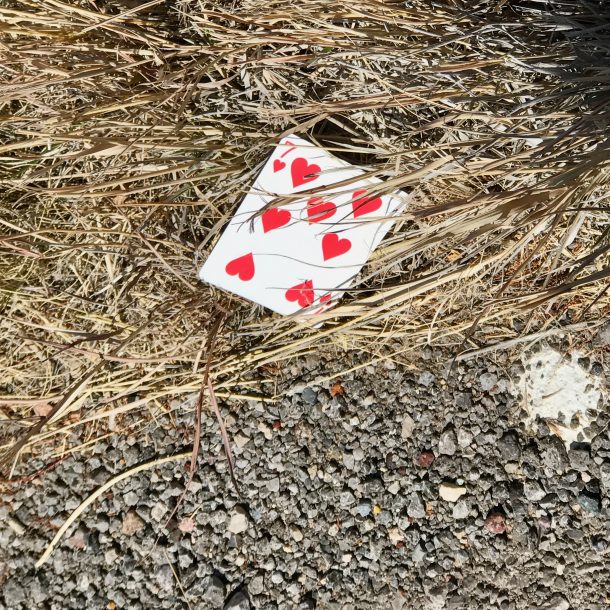 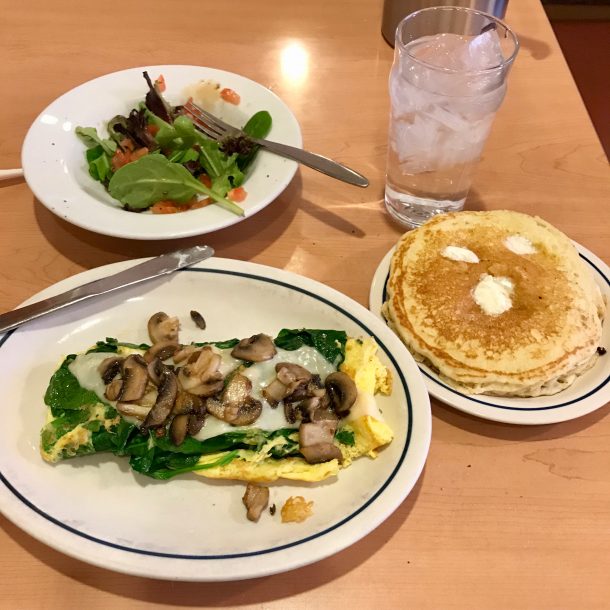 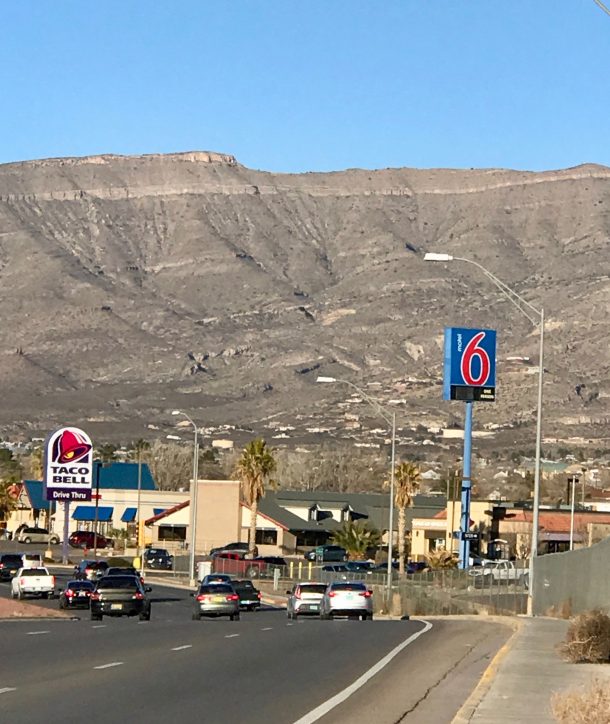 Last night was cold and this morning was even colder, with a wicked headwind that didn’t let up until the early afternoon. It was a clear day, however, and I was happy it wasn’t raining. Or snowing.

Q: What do these songs have in common?

The mushroom and spinach omelette delivered by Cassie (a senior in high school) was fine; the pancakes were pancakes, and the salad (I crave vegetables) was a large handful of Costco-type spring mix with cut up tomato. I’m satisfied. (As a Motel 6 guest, I got 10% off. Woo-hoo!)

If you ever have a yen for missile ranges and sand dunes (think Jones Beach), White Sands National Monument is your destination. I hear you can slide down the snow-like dunes on saucer sleds. At 8:30 am the Visitor Center was not yet open, so I just Walked On By.

Many people disparage Motel 6, but for me it works, most of the time. I’ll be leaving early and the price was right. The shower was hot and satisfying. Although the washing machine conked out with the water yet to be drained, the laundry room lady reset the GFI and it restarted.

Album of the day: “Blue Train” by John Coltrane; a seminal recording. Trane’s life in and out of music was complicated, but who can deny his artistry? I’m from New York, so I know about these things. (Also, I played the tenor sax for 15 years.)

I continue to listen to Sousa marches—they get the walking juices flowing. Sousa wrote 137 marches, 15 operettas, 5 overtures, 11 suites, 24 dances, 28 fantasies, and 322 arrangements of 19th century western European symphonic works. This is probably the first time Coltrane and Sousa showed up in consecutive paragraphs.