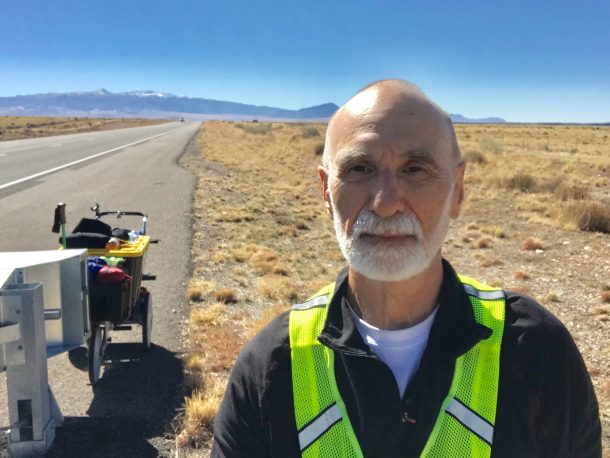 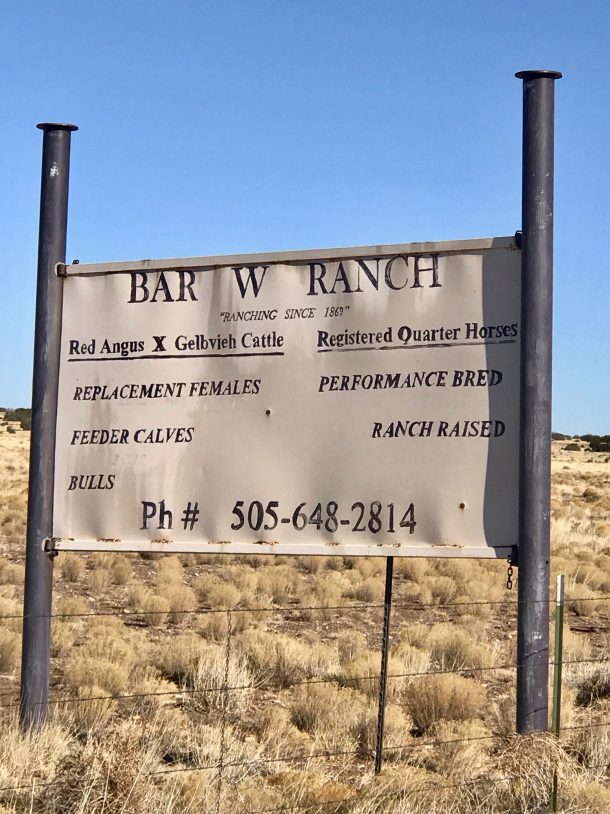 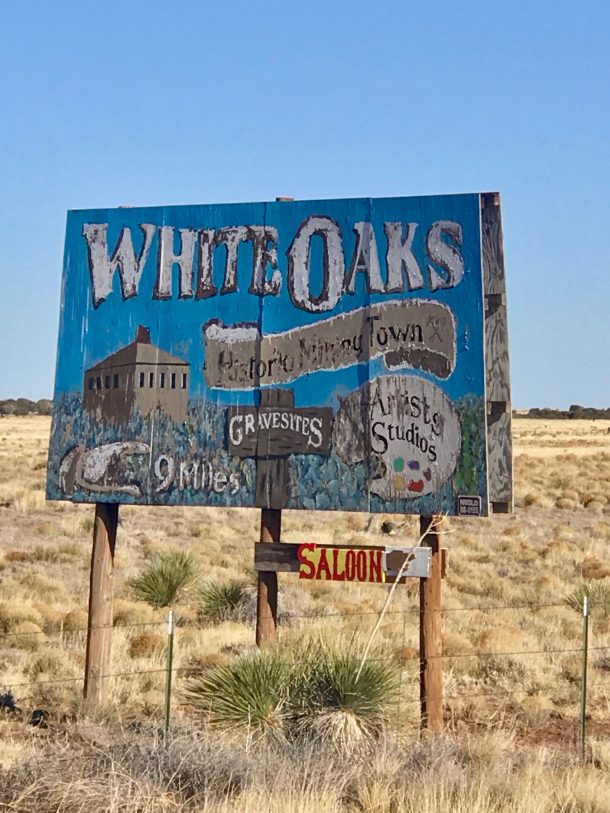 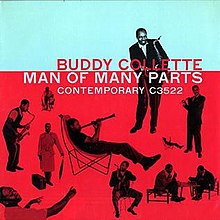 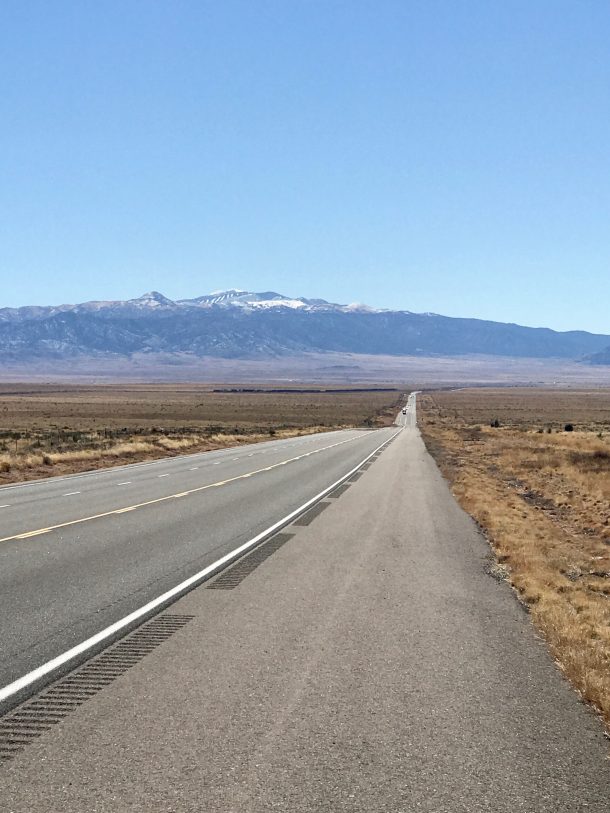 As a result of the rain, hail, and some cold temperatures last night, parts of the road this morning were slick. So I decided to wait before hitting the highway. I went to a local cafe and ate an overpriced, mediocre omelette and toast, and ordered a couple of hard boiled eggs ($2 each) to go. The waitress called me “Honey” at least a dozen times. They had “butter-like spread” on the table.

The sun was bright and welcome, melting the frost along the road. It was a great day for walking. The elevation is increasing as I head toward Corona, New Mexico (6,690’), but slowly. I intended to walk about 15 or 16 miles today but wound up clocking 19 miles total—I just could not find a suitable place to set up the tent. I finally settled on a nice spot behind some actual evergreen trees. I’ve probably reached some kind of tree line.

Artist/Album of the Day: Buddy Collette, Man of Many Parts (1956). Buddy Collette (1921-2010) grew up in Watts, and played clarinet, sax, and flute. He was a childhood friend of Charles Mingus, a founding member of the Chico Hamilton Quintet, and enjoyed a long career as a performer, studio musician, and college instructor. I first became familiar with him on a Barney Kessel LP. Buddy’s just plain terrific.

I’ll be in the tent another night; then I get to stay in one of the “Themed Rooms” at the Corona Motel. Wonder which one I’ll get!

It’s 6 pm and the temperature is dropping quickly, along with the sun.