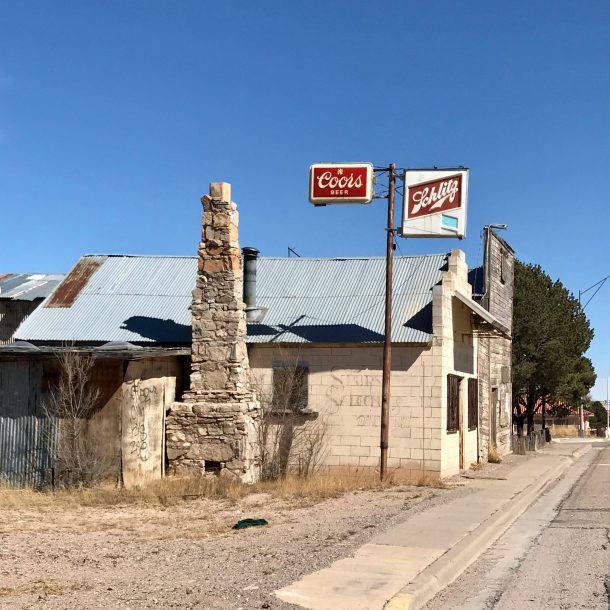 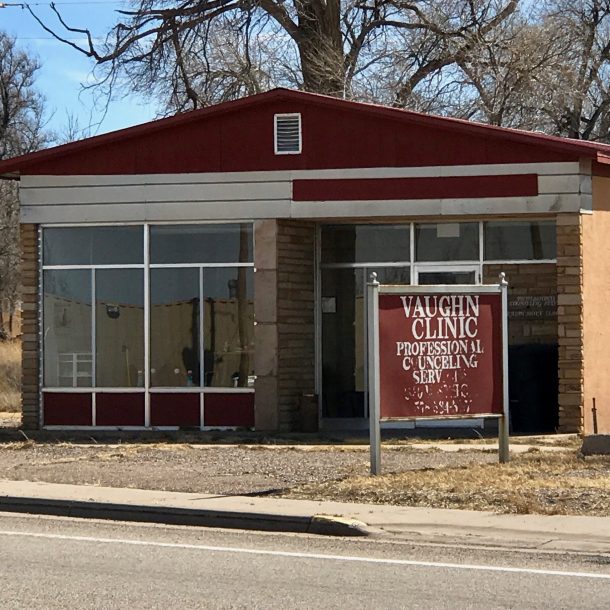 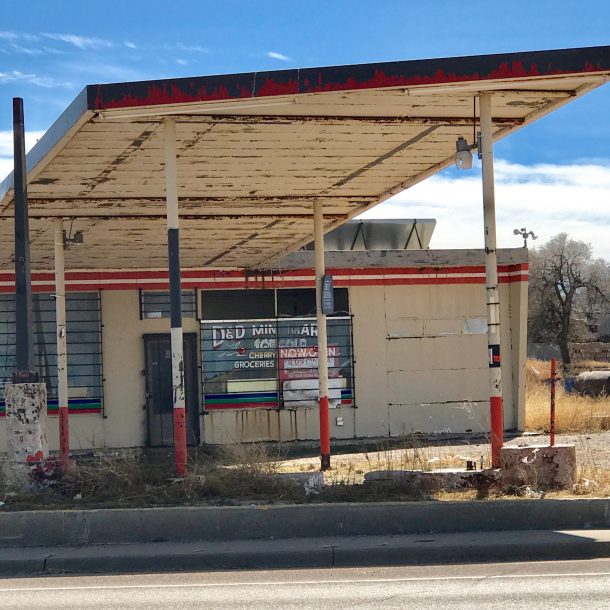 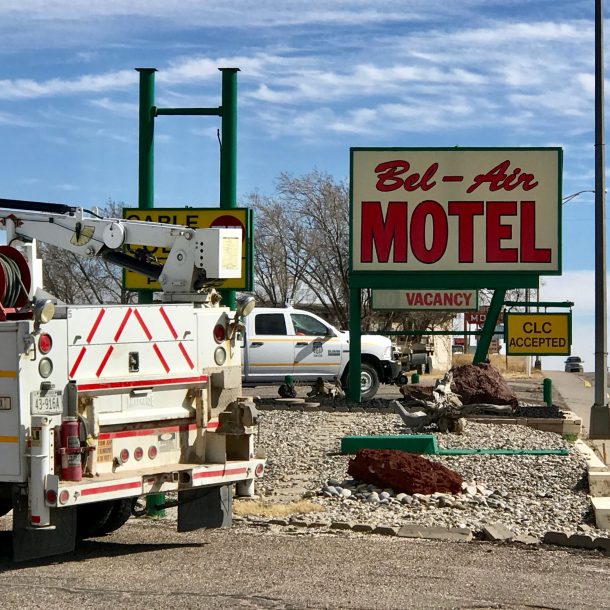 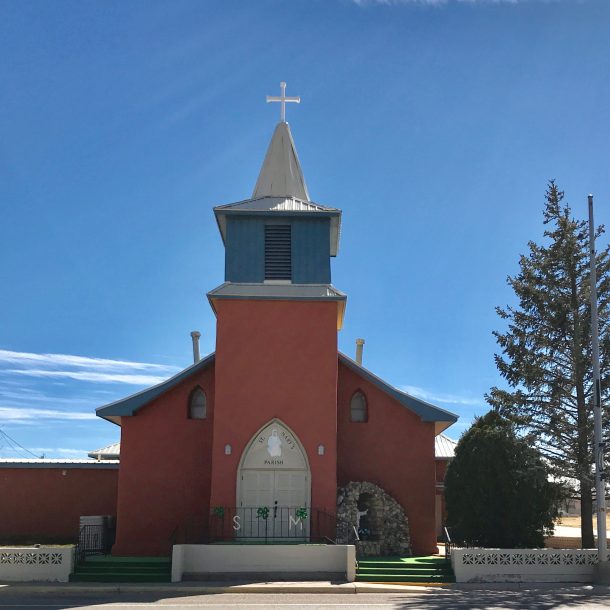 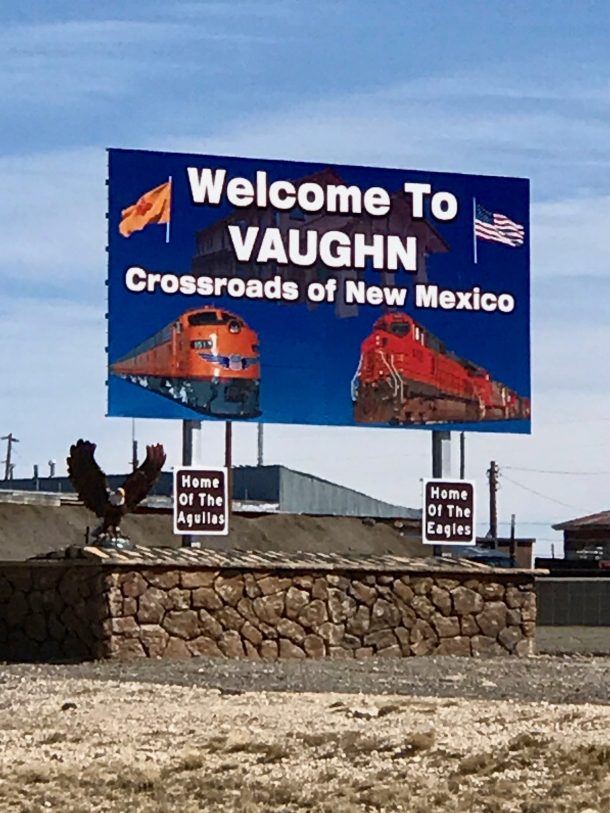 The strong winds usually begin with sundown as the temperature quickly sinks.

I was awakened at 2:30 am by industrial machine sounds coming from the nearby railroad tracks. It’s always something. The loud noise lasted for about two hours. Since I’d first fallen asleep at 7 pm (what else can you do when it’s dark, windy, cold, and you’re in your sleeping bag alone?). Regardless, I was not sleep-deprived when I awoke.

At 6 in the morning it was 27°F, and when I stuck my head outside the tent the wind hit me like an icicle, so I stayed in the sleeping bag until 8 am. I still had to walk almost 15 miles to Vaughn. It was tough going, with a strong wind coming from my right. It finally warmed up at about 11 am.

When I’d tried to make a motel reservation several days ago, there wasn’t a room to be found. Today I found out why: There’s major railroad repair work being done (That’s what I heard going on during the night). Two hundred workers are in town through mid-April, and all the motel rooms are booked.

Out of desperation I called an RV park in town and asked the woman who answered if I could pitch my tent there. She said, “Call my brother Reuben. He might be able to help.” And he did! Reuben held a room for me at the Bel-Air Motel, which he owns.

I arrived at 1:45 pm after walking through the main section of town. Other than the municipal buildings, much of Vaughn (pop. 446) seems in a sorry state. Built as a railroad town, there was once a Harvey House in town, but it’s not there now. Neither is Judy Garland.

Artist of the Day: David Sedaris. I listened to two Fresh Air interviews and enjoyed both. But what I love most about David Sedaris is that he reminds me of the hour alone I spent with my late sister-in-law, Gail Cohen, when she was dying of cancer. I came to her Kaiser hospital room one day when it was not filled (as it usually was)  with 8 to 12 women singing to her, holding her hands, massaging her feet, and keeping her company. Gail asked if I would read to her. I saw a Sedaris book on the table, and we spent a memorable (for me) hour laughing together.

That experience led me to an eight-year stint as a Kaiser volunteer.