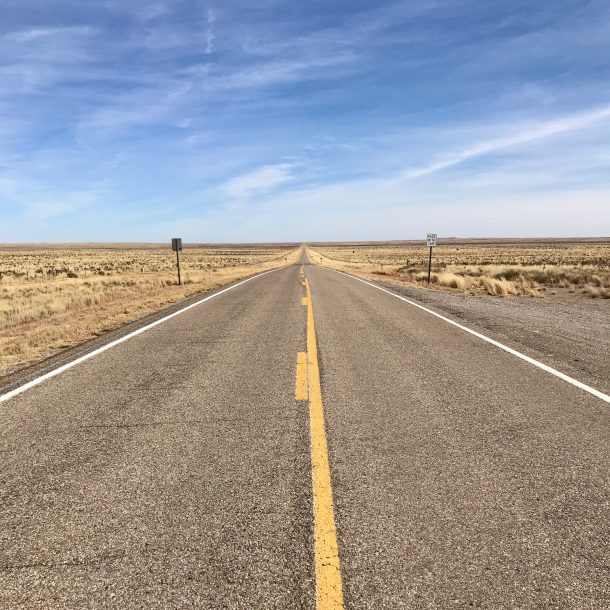 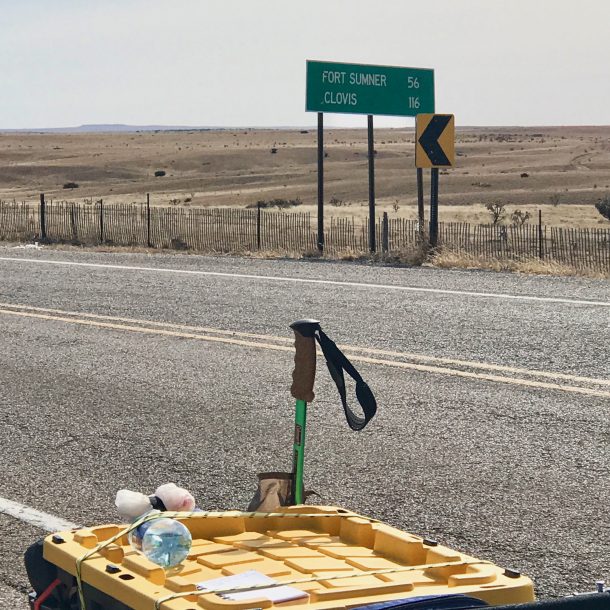 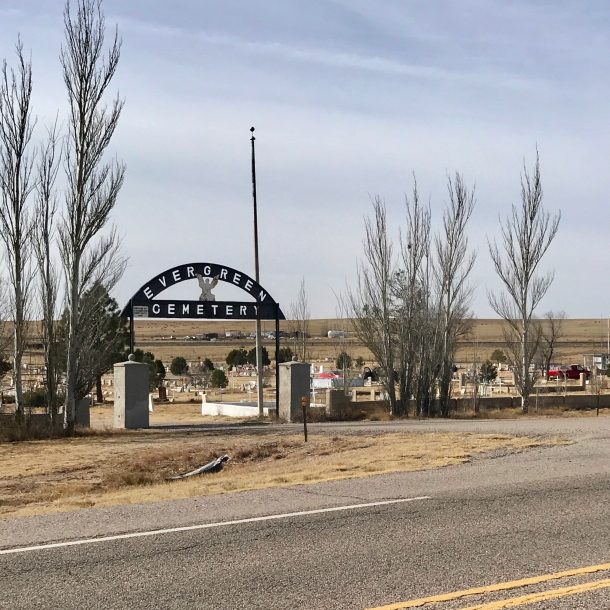 I started the day in a railroad town motel and ended it in a cow pasture.

The highway provides not one tree or bush to hide behind, and at least the pasture afforded me a modicum of protection from the road, if not the cows. The pasture gate was completely open, I didn’t see any cows, and after 15 miles of walking, this was the best I could do. Other than some up-and-down hills, it was a pretty easy day. Since I started late, I missed the coldest part of the morning.

Highway 60 is a two-lane blacktop with a narrow shoulder and sparse traffic. As usual, the truckers are courteous and move over to give me space whenever they can. Same with virtually all the drivers.

Police and Sheriff’s cars occasionally pass by, responding to my wave, but otherwise ignoring me. Good. The railroad seems to have gone in a different direction, but I will probably encounter it again.

I’d left the Bel-Air at 9:30 am and began setting up my tent at 3:30 while the brisk wind whipped my tent around. My thought was, “If I hear even one moo, I’ll start to worry.” Meanwhile my phone said “No Service.”

It is now almost 5 pm. The sun is beginning its descent, the temperature is dropping fast, and the wind is beginning to pick up. I’ll eat now and get into the sleeping bag. It will be a long night. I don’t plan on getting an early start—there’s just no point. Let’s see how my night in the cow pasture goes. I have some noisy crows for company. Beats a television in the next room.

I woke at 10 pm to the sounds of mooing. It was cold and getting colder. And I wasn’t budging. The Big Dipper is right above me, and as blinking satellites pass by periodically, I’m awed by the vastness of it all.