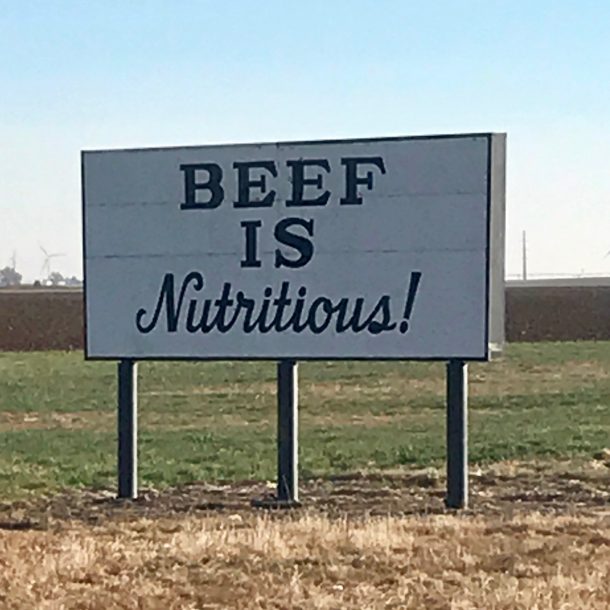 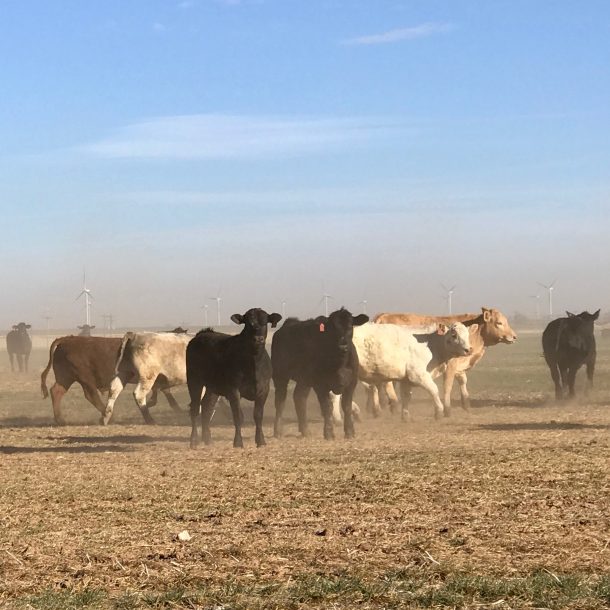 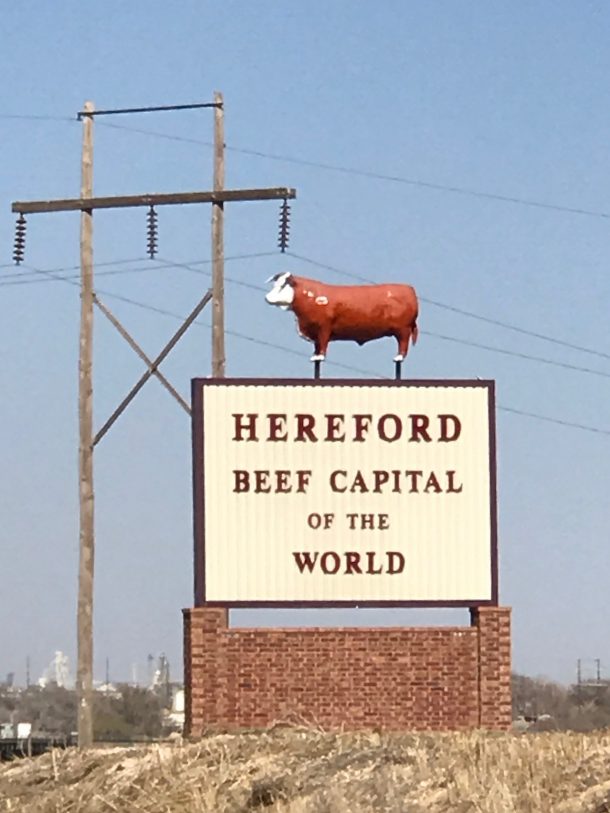 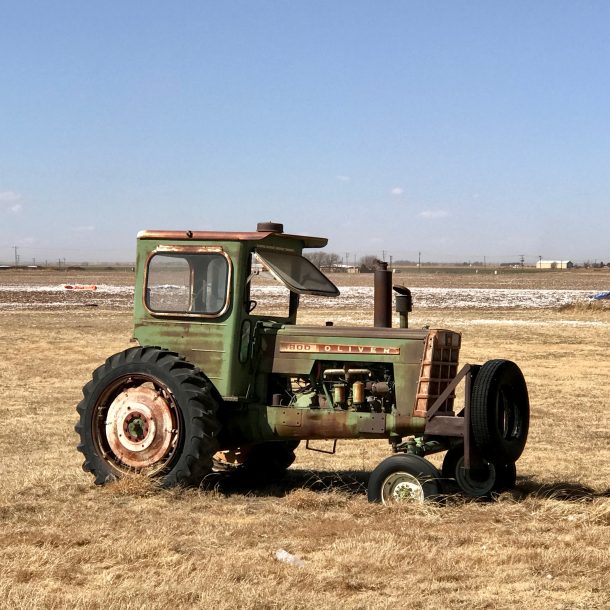 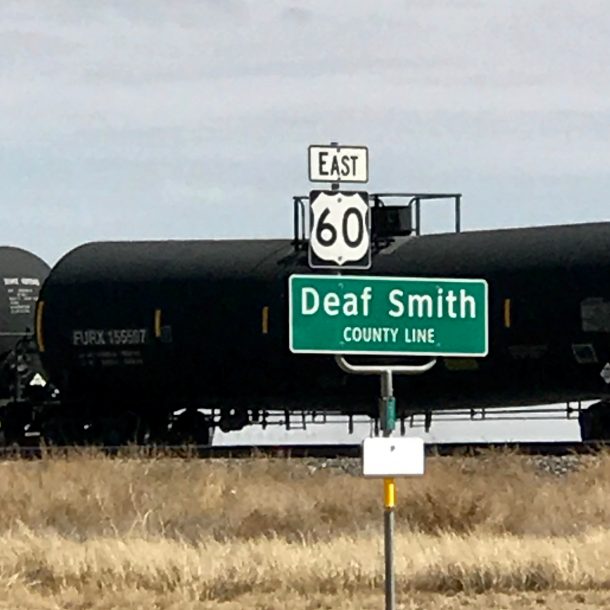 On this Ides of March I walked 22.4 miles from Friona to Heresford. The wind was at my back, the temperature moderate, and I looked forward to a night’s stay at the Best Western Red Carpet Inn. Sadly, I was told the Jacuzzi “isn’t in operation.” (The pool is covered as well.)

Fortunately, I was able to pick up dinner (a fish sandwich, fries, and Dr Pepper) at the Carl’s Jr. across the street.

During my walk today, I entered Deaf Smith County. This rang a bell for me—my sister and I remember my mother having Deaf Smith Peanut Butter in our house when we were kids. Erastus “Deaf” Smith (1787-1837) was an American frontiersman, soldier, and spy noted for his part in the Texas Revolution. Although he did not die at the Alamo, he did participate, carrying a letter from William Travis to the army; he later worked with General Sam Houston. After the war, Smith commanded a company of Texas Rangers. (For you film buffs, a character named “Smitty” (allegedly Deaf Smith) was portrayed by Frankie Avalon in the John Wayne movie “The Alamo.”)

I also learned that the Arrowhead Mills Co., founded by a man from Hereford, Texas man, named the peanut butter brand after Smith.

Today was “road kill” day. I saw a wide variety of species, including a deer, raccoons, jackrabbits, many skunks, barn owls and smaller birds, a fox, dogs, cats, and a rat.

At some point in the future I may be able to push through multiple 20-mile days with ease, but I’m reticent to do it too many days in a row right now—I don’t want to wear myself out prematurely.

Podcast of the Day: Planet Money. The podcasts are entertaining and informative.

Like this post1
Dr. Robert Schoen is a writer, musician, and composer. His book, On God’s Radar, follows his 2017-18 walk from coast-to-coast across the United States. He is also the co-author (with Catherine deCuir) of the novel The Rabbi Finds Her Way.