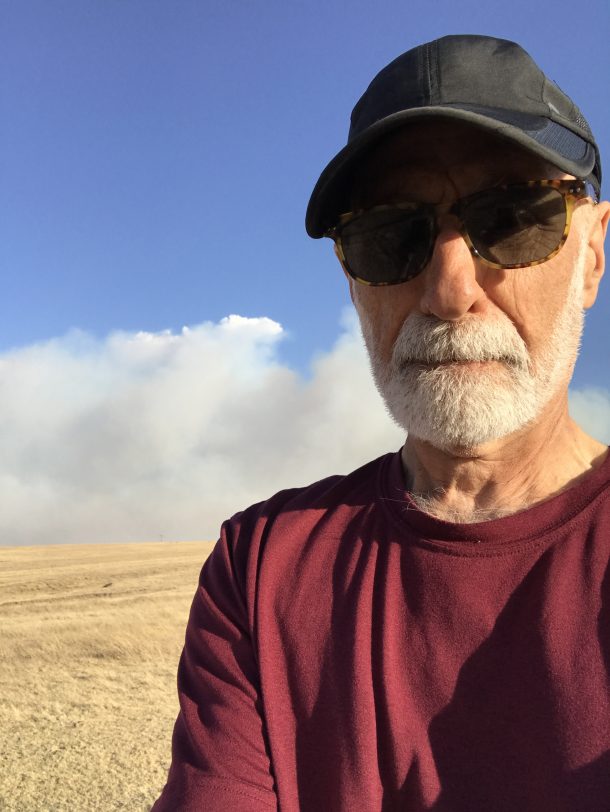 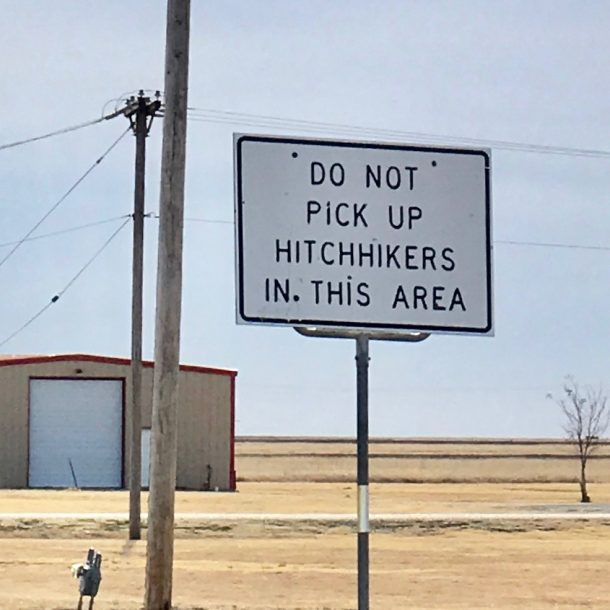 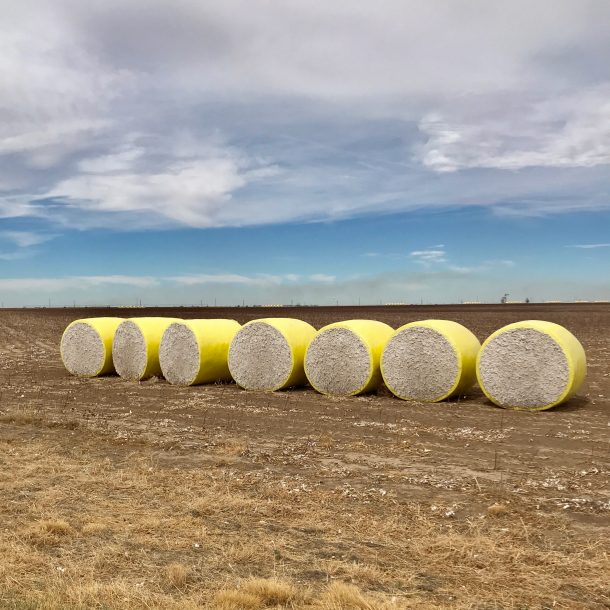 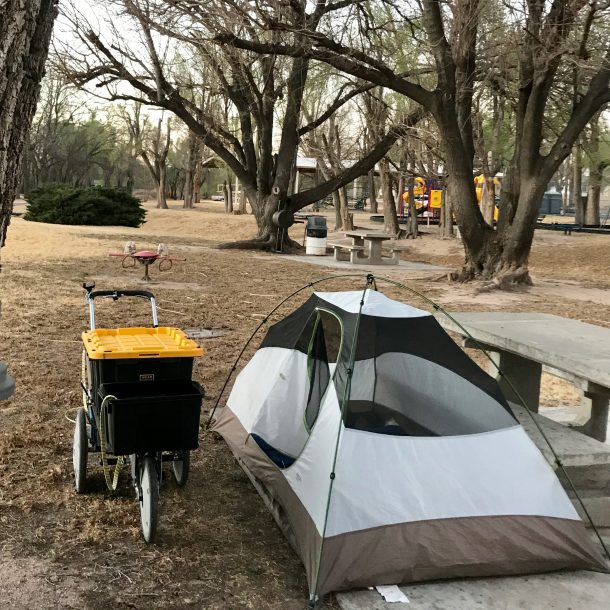 After walking all day, I camped in a cattle field off a county road at 5 pm.

Leaving Pampa made me a bit sad. It’s a nice town, but like other places in the Southwest I’ve seen, the economy is a mixed bag. The Long John Silver’s is shuttered as are half the stores in the little mall that housed the popular Italian restaurant where I ate. Walking out of town this morning I passed many closed shops, garages, and restaurants. Long-abandoned homes and trailers were numerous as well.

“This Land is your Land” is the song immortalized on the public sculpture in Pampa, and it’s the Woody Guthrie song brought to mind for many people. But my own favorite Guthrie song is, “So Long, It’s Been Good To Know You.”

I found a pistol on the side of the road and picked it up to get a better look at it. Before putting it back on the roadside I wiped my prints off the gun–you can never be too careful. (I was told later by a friend that it’s a pellet gun. But still…)

I’m heading toward Springfield, Missouri, which is about 500 miles from here, and plan to stick as close to Hwy 60 as possible.

It may be windy and hot, but at least the internet is working—we must count our blessings.

Shortly after I’d eaten, a man about my age pulled his pickup truck over to where I was camped in the cattle pasture and said, simply, “You shouldn’t be here.”

Well, I knew that, but I politely asked if it would be okay if I stayed overnight. “I’ll be out of here at 7 am.”

“No, you don’t understand. You shouldn’t be here!” He pointed behind him, and I looked off in that direction. It was then I saw the wildfires that appeared to be heading our way. The winds were high and gusting, and the distant clouds of smoke were thick.

David Locke, a fourth generation rancher, offered to drive me seven miles up the road to the town of Miami where he felt I’d be safer. “There’s no motel, though.” I already knew that.

Although I initially declined his offer, we traded cell numbers and 20 minutes later I called him. After watching the clouds of dark gray smoke get closer, I’d changed my mind. When he returned a few minutes later, we lifted my kart into his truck and drove to the town park in the middle of Miami, where I’m now set up next to a picnic table. David said he’d call the sheriff, who’s also the fire chief, and let him know I’m there.

There were a lot of little kids in shorts and T-shirts riding bikes and playing in the park. Although she did not seem suspicious of me, I gave one of my cards to a mom in the group. I like small town America.

David called back later to check on me. Another angel comes to my aid. Incredible.