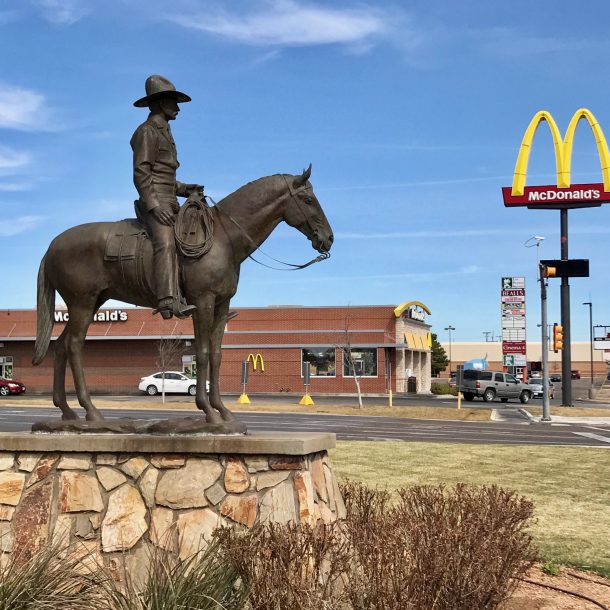 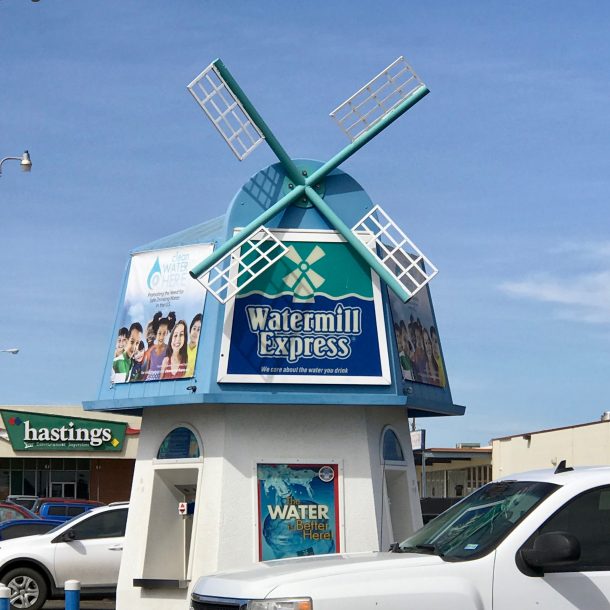 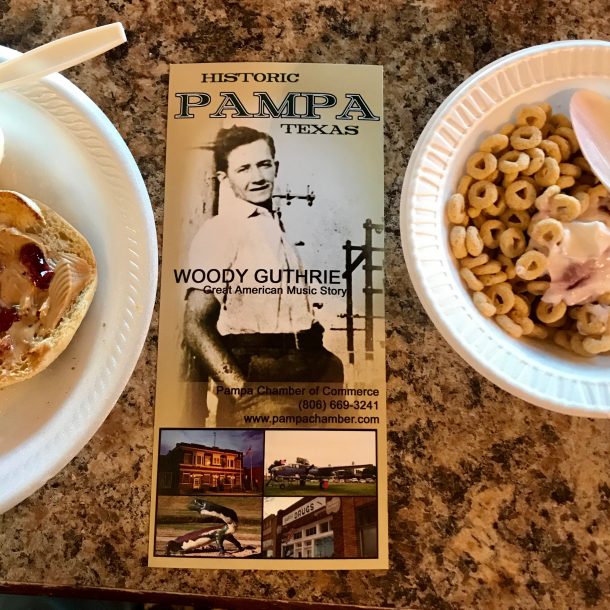 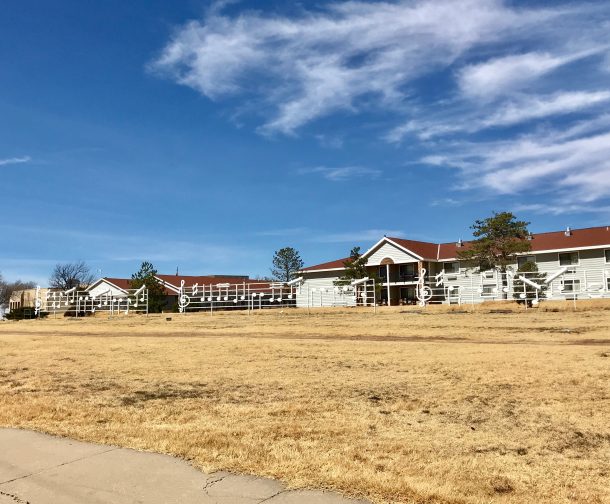 Thursday may not be anyone’s Sabbath, but today was a day of rest for me.

And I needed a day of rest. Not for just my body, but for my poor psyche, which has been dealing with the anxiety of deciding which way to go next. (My current location, Pampa, Texas, is a pivotal point—should I decide to pivot.)

I’ve thought long and hard about my options, and then finally turned to Jeff Rudisill. Jeff walked across the US several years ago and has become my mentor (if not my guru) on this journey.

He’s a Southerner, with an easy grace in his smiling voice. He puts me at ease in a moment, calms my fears, and assures me that all is well. After a few emails and texts, we spoke on the phone and discussed several options, some of which I’d considered but was now second-guessing. I felt much better after our talk, and plan to continue on Hwy 60 into Missouri.

See how easy that was?

Last night I ate a real piece of salmon on real angel hair pasta in a real Italian restaurant, Verona Italian Bistro, recommended by Mary, the manager here at the motel. I followed it up with real chocolate cheesecake. And enjoyed everything. Really!

OK folks, listen up. I can honestly say that the ice cream cone (mint chocolate chip, $1.61 incl. tax) from Braum’s that I ate this afternoon was the best I ever had in my life! It was rich, creamy, and I could actually taste spearmint. I’m going back tonight.

Finally, I want to publicly thank Roberta Brokaw, Professor Emerita at California State University. Roberta taught flute there for many years, but also taught sight reading, and I was one of her many students. Roberta only demanded three things from her students: Show up on time; bring your book and a pencil; do your damned homework.

I did all three, and was thus able to not only get an A in her class, but was also capable of reading the notes displayed on an unusual sculpture in a nearby park in Pampa. (The name of the song is revealed in tomorrow’s post.) I did this while eating my wonderful ice cream cone, doubly enjoying the moment when I realized what the melody was!

Be forewarned: you cannot get fish tacos at the Taco Bell here, or a tuna sandwich or salad at two other local restaurants. I tried.