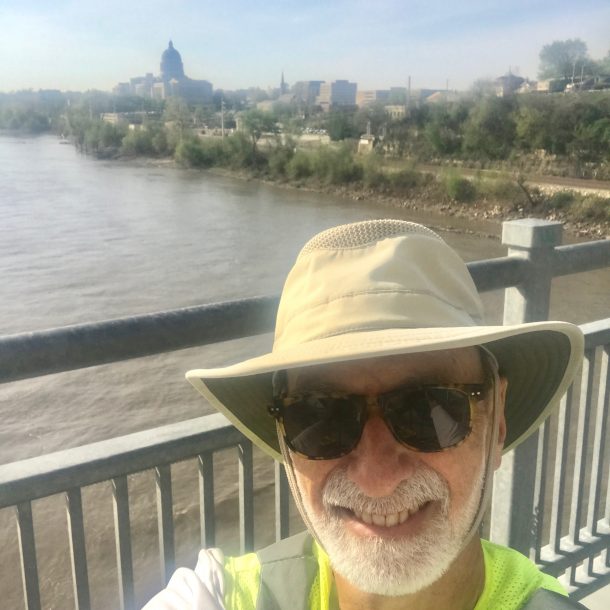 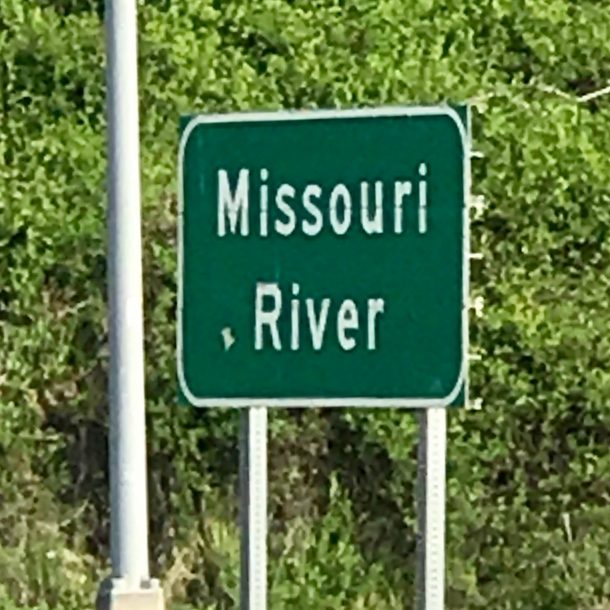 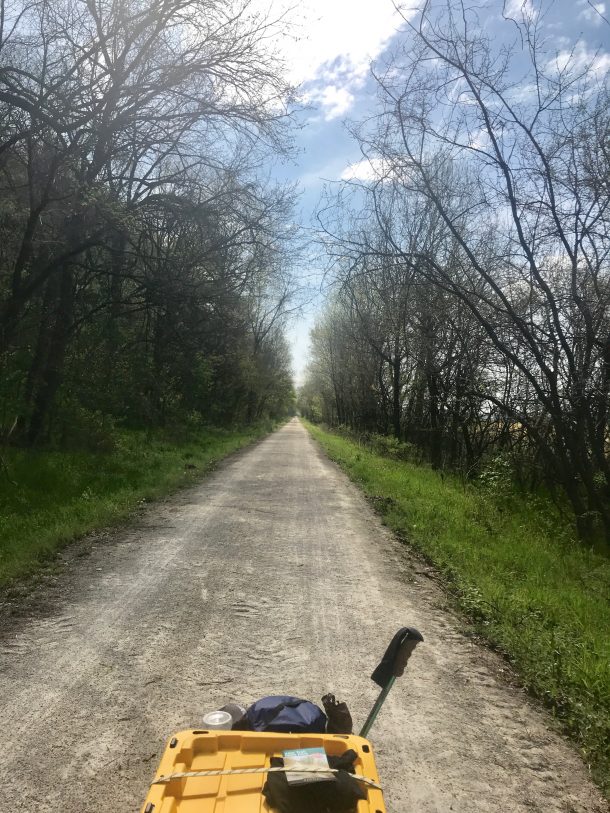 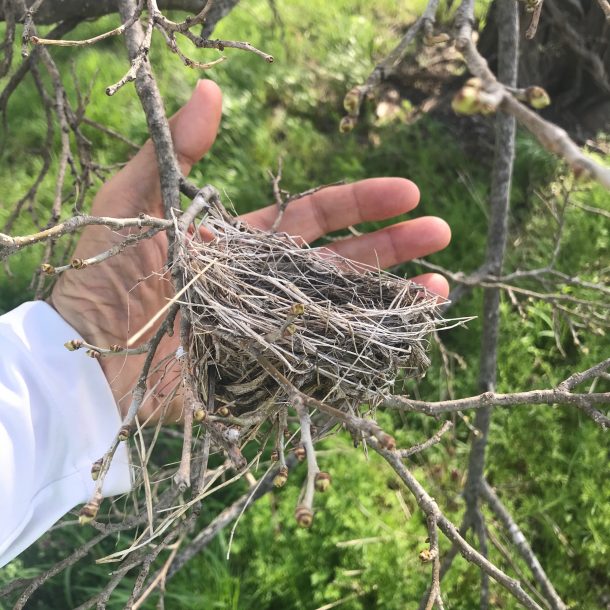 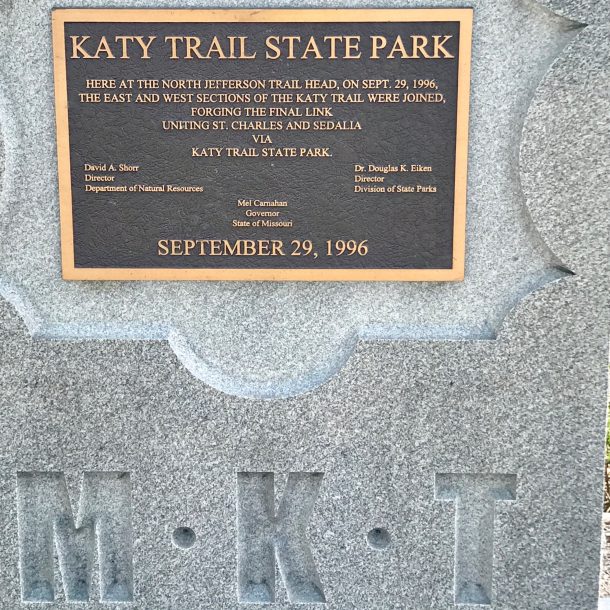 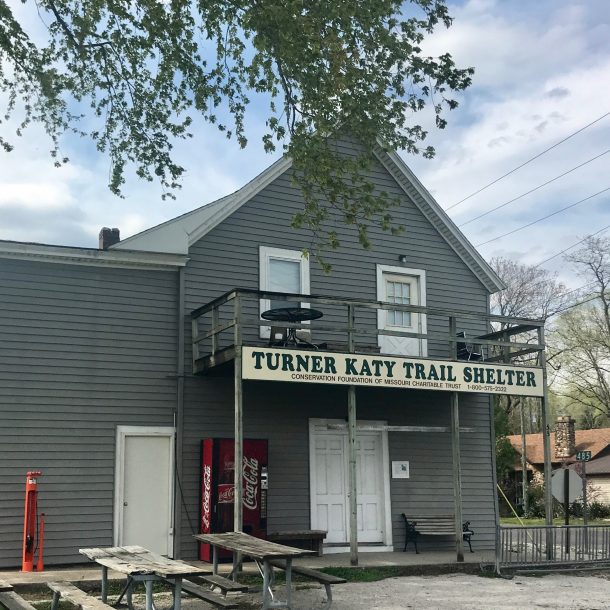 During the summer of 1974 when I was in grad school at Cal, I attended my 10 year Wantagh High School reunion in New York. Instead of flying home to California, I took a bus to Montreal and then rode the Canadian National Railroad to Vancouver. It was an unforgettable trip.

It was in Vancouver that I first stayed in what was then called a youth hostel.

Today is the second time. The Katy Trail Turner Shelter is a similar hostel, and costs (drum roll…) $6 a night.

The walk this morning from the motel over the Missouri River to the Katy trailhead was pretty dramatic. The trail itself is just as described—hard-packed “limestone pug” (crushed limestone), and is suitable for bikes and my kart.

I saw fewer than 2 dozen cyclists all day, but this morning I met Ron Gossen, a retired business professor who’s cycling across the state. (He’s not the first person who lives in St. Louis who’s advised me to not walk across the city.)

For several hours, I was the only guest at the Turner Shelter. Later, I was joined by a group of four cyclists. Kim and Kevin, Eva, and Maureen are interesting and fun people, and we shared stories about being on the road.

The kitchen is complete with refrigerator, toaster, microwave, sink, and (of course) a coffee maker. I rarely drink coffee, but there’s a wide variety of brands in the cupboard left by previous guests.

When the lights were turned out and everyone was making final preparations for the night, there was a small crash on the far side of the room. Somebody asked, “What was that?” Another person answered, “Nothing. I just dropped my Glock.”