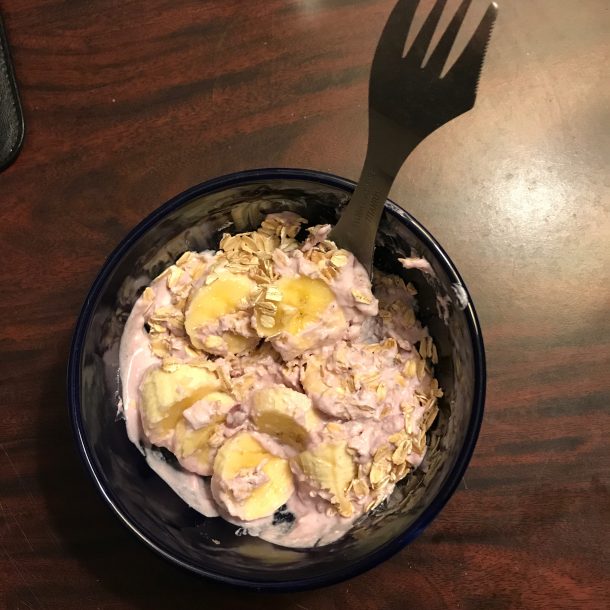 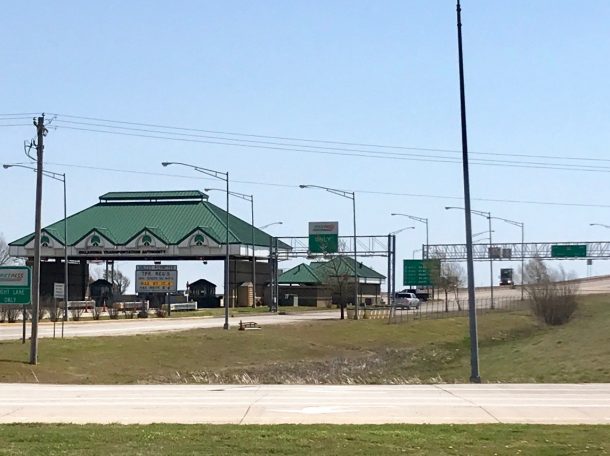 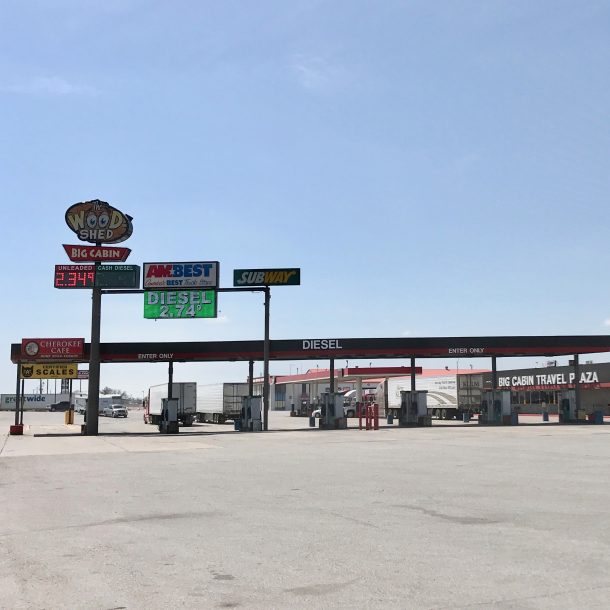 At 5 am I was awake, eating a breakfast of blueberry yogurt, oats, and a banana as I read a message from Jana Brown. It included a scary weather prediction of possible tornadoes. Tomorrow.

Well, now I have a choice of a possible demise in a tornado, or dying of boredom holed up in a motel room.

As promised, Daniel was ready to leave at 8:30 am. We loaded the kart into his SUV and he drove the 29 miles to Big Cabin, Oklahoma. He talked about growing up in Nowata and his years touring and gigging on guitar and bass, performing rock, country, and the Red Dirt music popular in Oklahoma. I’d never heard of Red Dirt.

I carefully observed the highway shoulder as it went from 6 or 8 feet wide to 6 or 8 centimeters wide. In response to the prediction of rain, hail, tornadoes, frogs, and locusts, (since I’m a first-born son, I should include that in the list as well), I’m taking no chances, and plan to hole up here at the Super 8 for two nights. After walking and fighting the wind yesterday, I need to give both my legs and my arms a break. So, two nights it is.

The motel manager checked me in at 9:30 am (thank you, Ma’am). A few hours later, I fought the wind and walked across the highway (nearby is the toll both entrance for the Will Rogers Turnpike) to the Subway at the big truck stop. I ordered a tuna “wrap” instead of a sandwich; it was just fine. The root beer and chips were good too.

Boy, has my day been exciting.