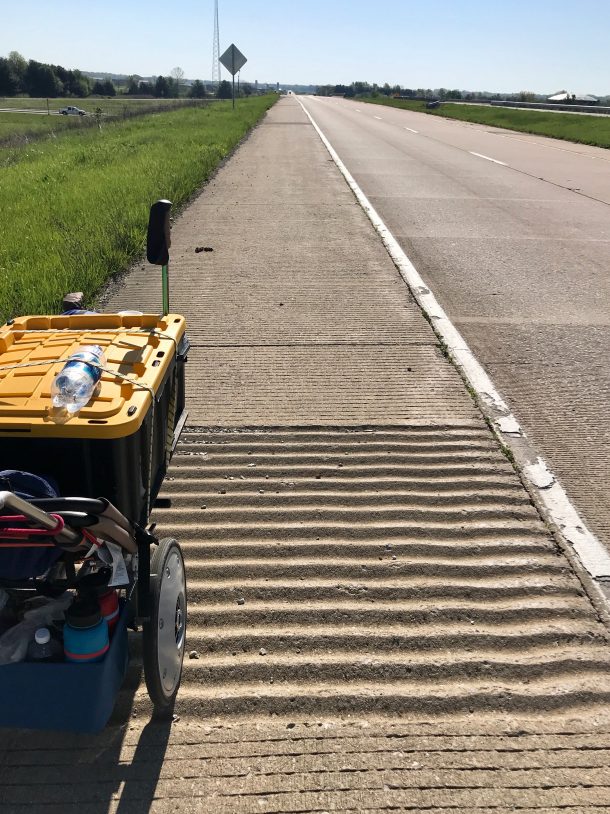 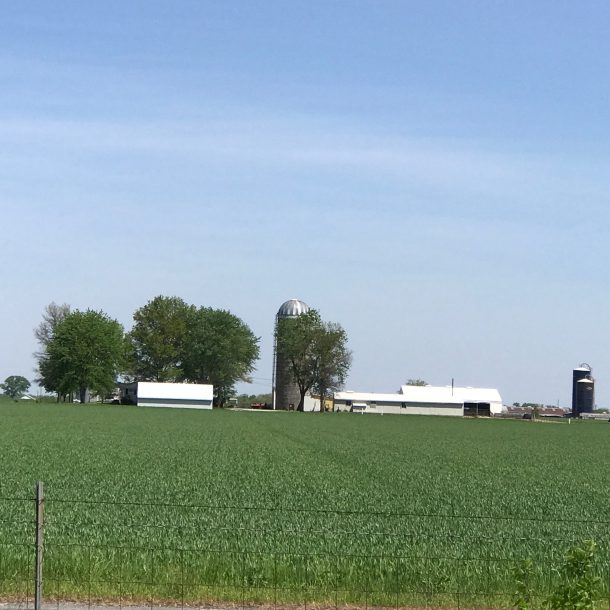 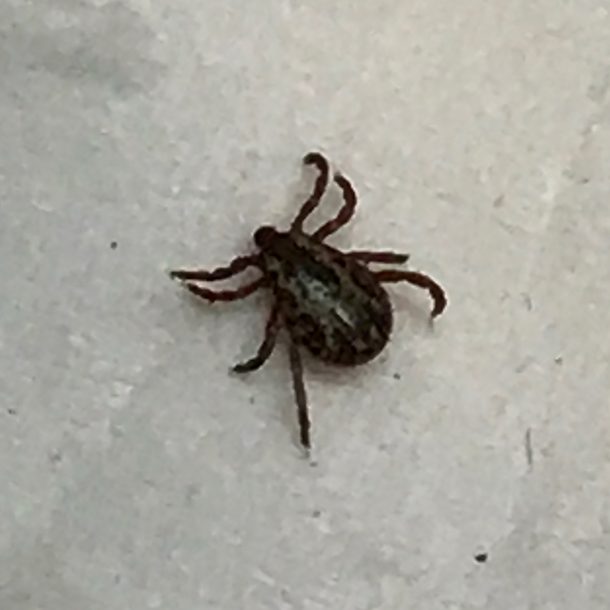 I finally had an encounter with a tick. But as I would find out later, that was the least of my problems.

I’m in Carlyle, Illinois at the Centerstone Inn, situated near a McDonalds, a Walmart, and a recreational lake area.

I was eating lunch at the desk in my motel room and noticed the tick on my outer thigh. While it wasn’t embedded in my skin, it was close to the site of a number of bites I hadn’t noticed before. I grabbed it, put it in a cup of water, and took a shower. By the time I’d finished my shower the tick had climbed out of the water and was on the rim of the cup. I stuck it back in the water and examined my legs more closely. I saw no ticks, but there were many more bites present on the backs of my thighs. And they were itching.

By now, the tick was out of the water again, and I just flushed the sucker.

But now I was paranoid, wondering whether I would succumb to Lyme disease, or worse.

The truth was simpler: I was a victim of bed bugs that had been hiding in the upholstered desk chair. The tick was, simply, a red herring and at this point was history. (Sadly, I would be dealing with the aftermath of bed bugs for weeks.)

It was a gorgeous morning. My weather app says it’s 80° outside, but it’s quite comfortable in the room with the window open. Rain is predicted for the next two days. Tomorrow will be a longer day on the road.

Today I walked 14.4 miles in about 5 hours, which reflects the rest I got last night.