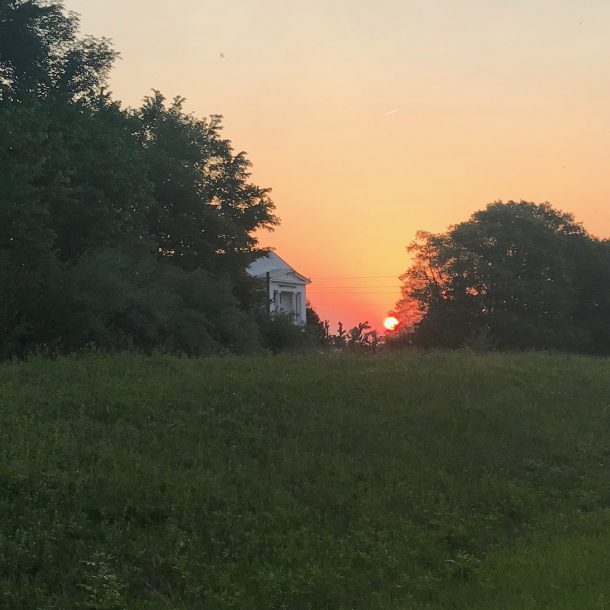 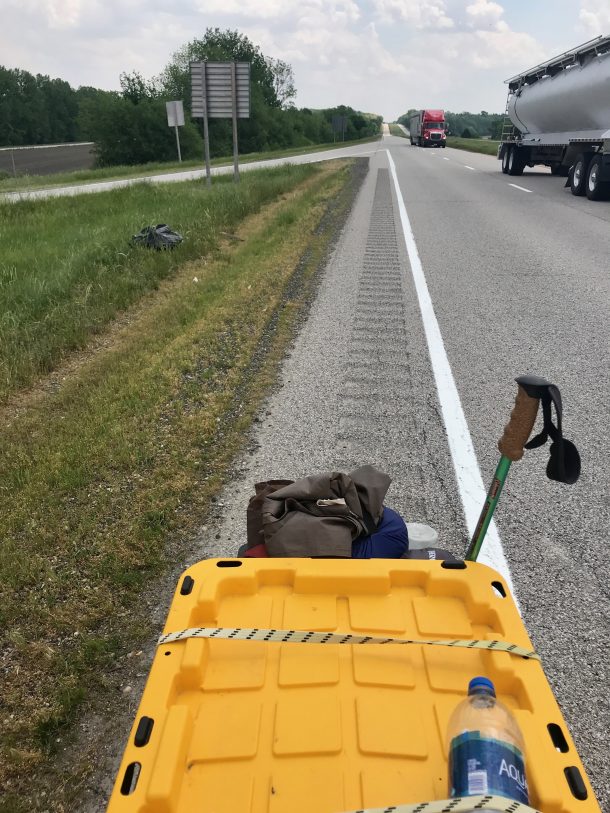 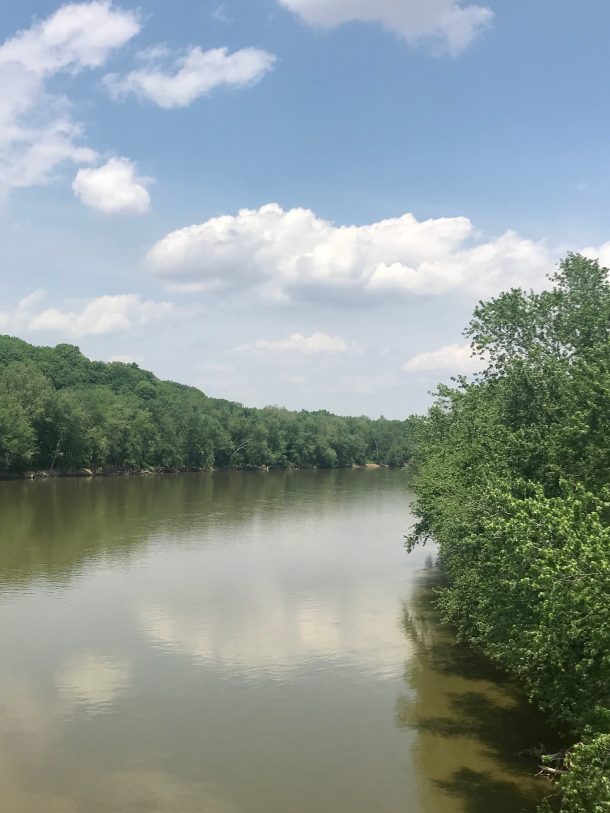 I can’t help but take the condition of the roads personally. Especially when the designers and builders take a perfectly good shoulder and turn it into a nightmare. For me, anyway!

Some brilliant person decided that Hwy 50 in Illinois needed rumble strips that run perpendicular to the road across the entire shoulder. For miles.

What choices do I have? 1. Veer onto the highway; 2. Push the kart partly or fully on the grass or gravel portion of the shoulder; or 3. Go bumpty-bump for hours as I push the kart over the rumble strip, so my kart and I feel like we’re in a bad animated cartoon.

An hour after I left Red Hills State Park I spoke with Kay, the manager of the convenience store next to the Marathon gas station. She was at the grill cooking eggs, and made two egg sandwiches for me. After I ate, she told me she was 70 and worked 10 to 12 hours a day. Kay’s a sweetie!

I also met two angels-on-the-road. First, amidst a cloud of flies at 5:30 am, Gary pulled over. When he opened his car window to chat, we were both enveloped in flies! I couldn’t talk and apologized as I gave him my card. Twenty minutes later, he returned, stuck his hand out, and gave me a container of “Dixon’s Gotcha Covered” deet-free bug spray. I grabbed the little bottle, shook his hand, thanked him, and said goodbye as I sprayed my head and kept walking east. Thank you, Gary!

Coincidence or not, the flies began to lessen in intensity.

A few minutes later a Buick pulled up and a young woman got out of the car with a plastic bag in her hand. Tracie told me she’d seen me walking earlier in the day and handed me a gift-bag containing snacks and two bottles of electrolyte and vitamin water. I gave her my card and expressed my appreciation. Thank you, Tracie!

A minute later I crossed the Wabash River into Indiana, where the shoulders widened, the rumble strips disappeared, and the flies disappeared completely. Hallelujah! Maybe Indiana passed a No-Fly Zone law.

Here’s a special song in honor of Indiana.

My room tonight at the Holiday Inn in Vincennes is courtesy of Ben Tarpley, one of my route and travel consultants, and a terrific guy. Thank you, Ben!