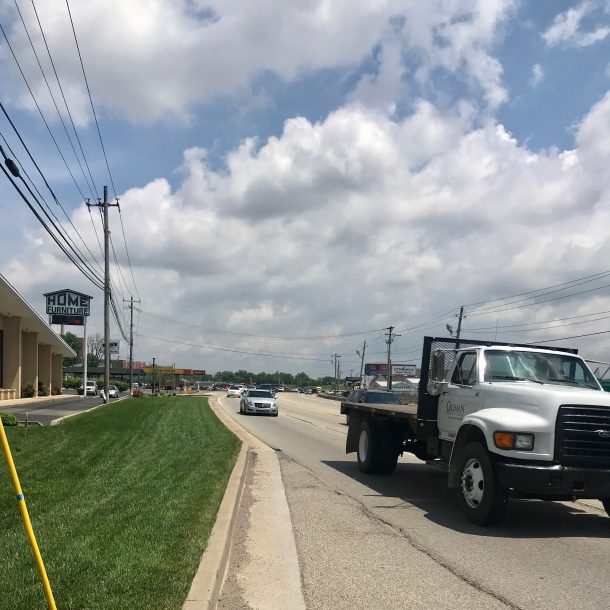 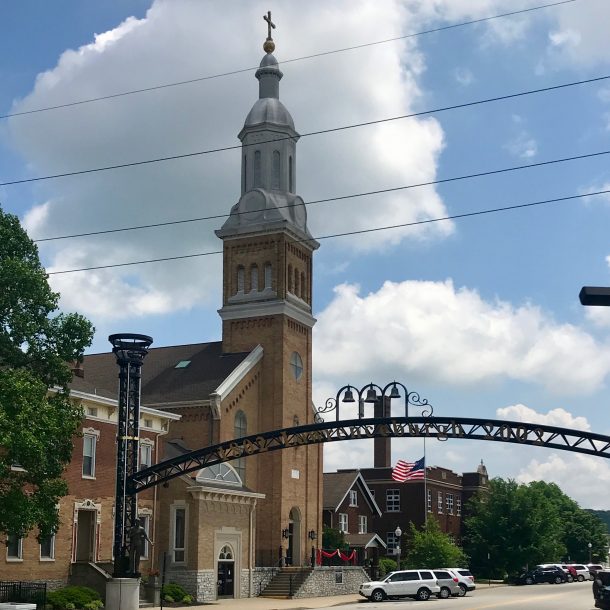 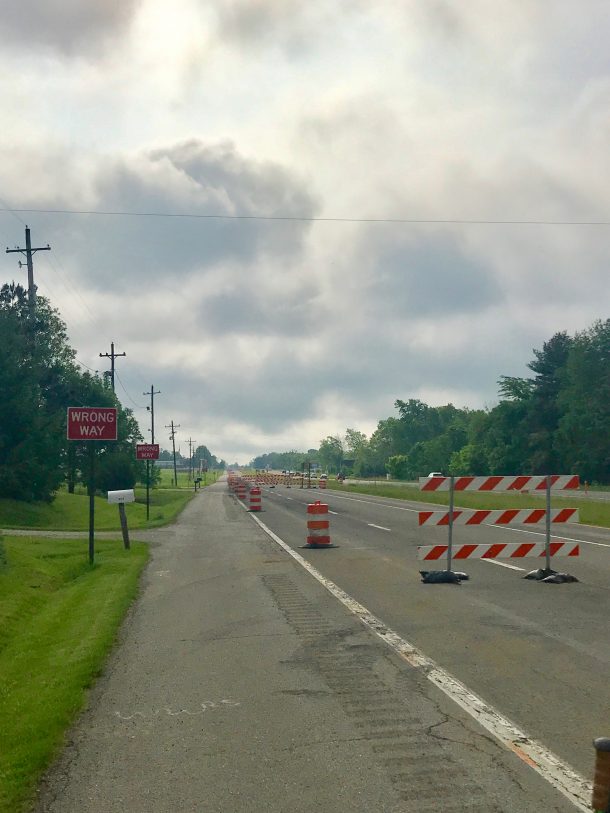 Last night before the rainstorm began, Lu drove into the driveway and I went out to greet her.

I asked how her two doctor visits went and she gave me some details. Then she warned me about the challenges I’d be facing this morning—weather, road construction, detours, and poor walking conditions on the highway. She offered to give me a ride past the mess. I mulled it over for a minute, and then accepted. I’ve learned that when people who know the area well and have been generous to me make a suggestion, I need to pay attention.

So this morning, Lu, Jazzie, and I piled into her vehicle, and she drove me over to Dillsboro. We chatted along the way. I explained to her how I’ve been on the receiving end of people pre-judging me by my appearance on the road, making assumptions about who I am and why I’m pushing a kart along the highway—all of the things she herself had done when her husband, Phil, had surprised her by pulling up in front of me the other day.

Ironically, although she herself had no worries about inviting me to stay in her backyard, she did later get warnings from younger family members about how I could be a crazy person/rapist/axe-murderer, etc. Even after I turned out not to be any of those things, she still knew basically nothing about me, and was a bit surprised when I told her about myself.

(I’m reminded of a patient I once had who gave every appearance of being a homeless street person but turned out to be a classically-trained actor with important supporting roles in a number of box-office hits. I learned an important lesson that day. He later became a friend and supporter of my music and band.)

Walking from Dillsboro to Lawrenceburg, there was plenty of road construction, but it did not hinder my progress as much as the heat and humidity did.

I arrived at the Baymont Inn drenched—the last few miles into town were exhausting.