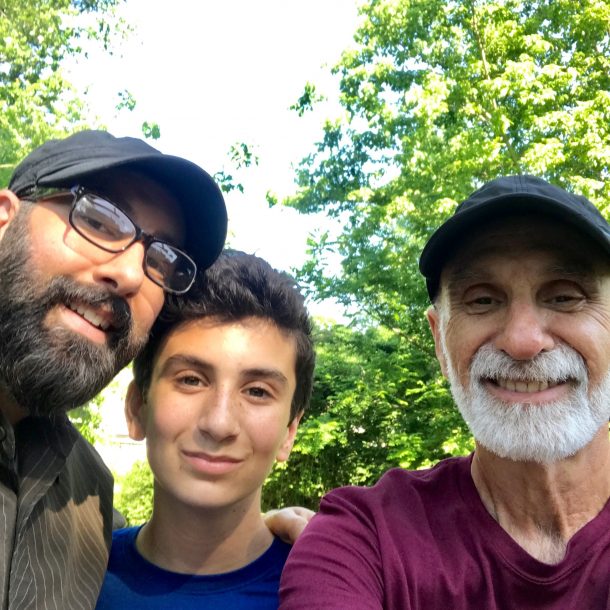 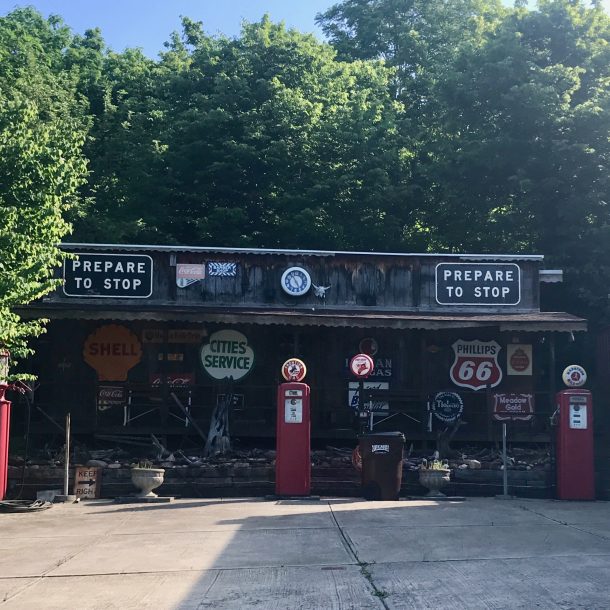 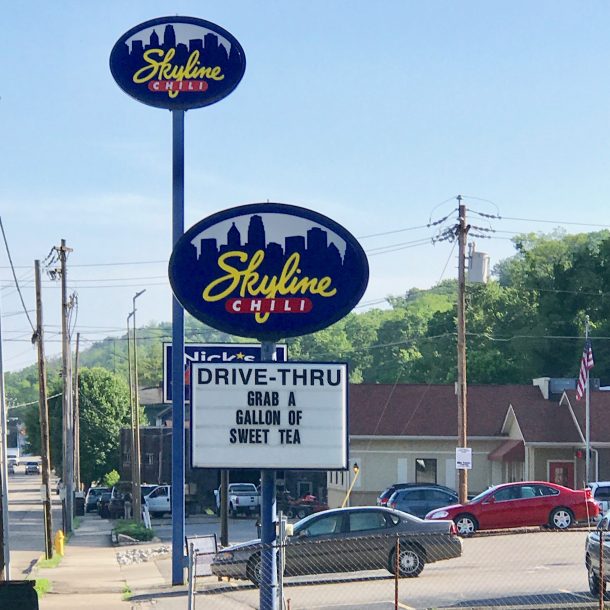 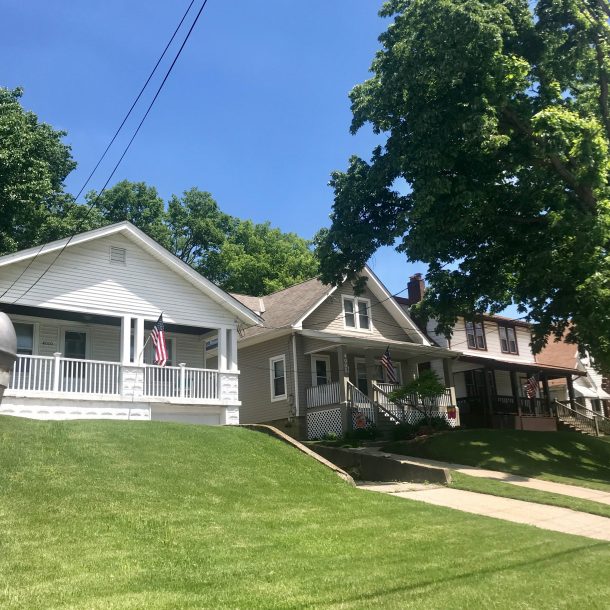 It was hardly a dramatic event entering Ohio today, but I was happy to finally arrive in Cincinnati, where my son Adam lives with his wife, Kelly, and son, Maxwell.

The highway leaving the motel was so scary walking-wise, that the motel night manager dropped me off seven miles down the road at Skyline Chili in Cleves, Ohio. From there I started walking towards downtown Cincinnati.

I passed through many old neighborhoods and villages (e.g. Addystone) along the Ohio River, which separates Ohio (a “free” state) and Kentucky (a former slave state). People along the way were friendly as I took my time pushing Walker along Warsaw Pike, Hillside, Main St., and River Road.

After walking 14 miles, I needed to detour to Adam’s house, so I called Lyft. A friendly guy named Nick, a former financial advisor, drove me through heavy downtown traffic to my son’s home.

After hugs and greetings, Adam and I went to the grocery store to pick up fresh salad, hummus, carrots, and a bunch of other things.

Maxwell and Kelly arrived home, and now we’re at Adam’s adult softball league game. The sun has gone behind the trees, there’s a cool breeze blowing, and the bugs have disappeared.

I’ll be here three nights, but will be putting on some walking miles during the day while everyone is at work or school (except for the dog and the two cats). Cincinnati is a big city.