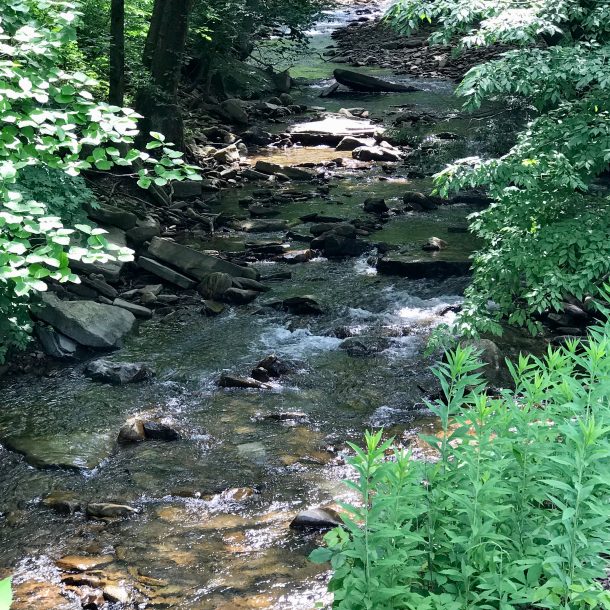 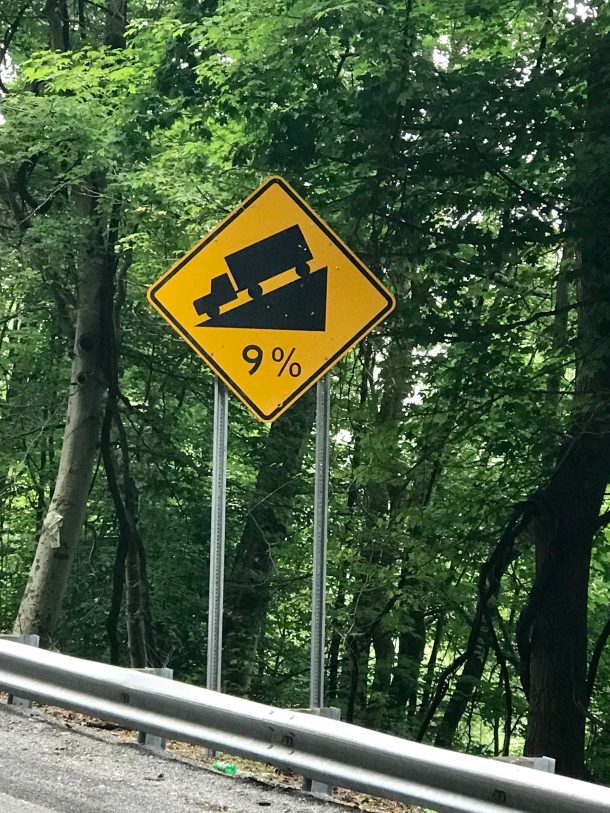 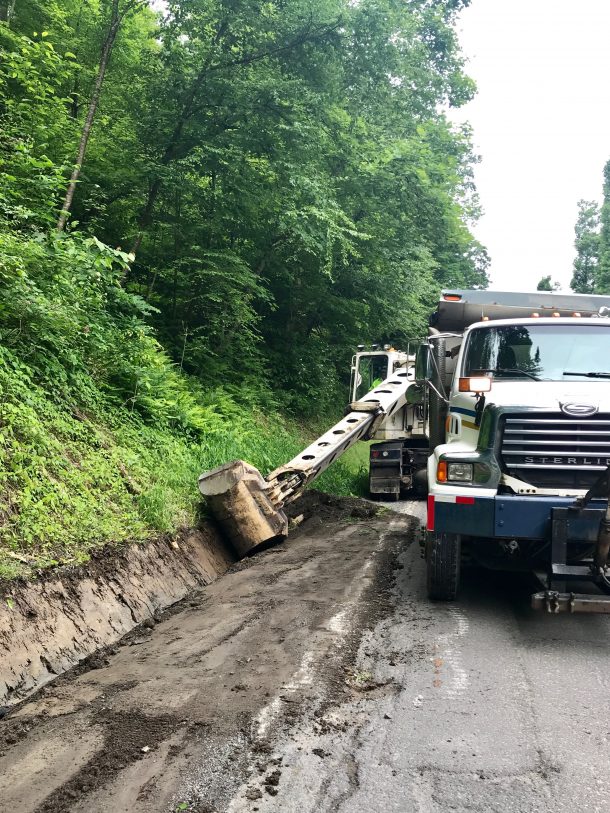 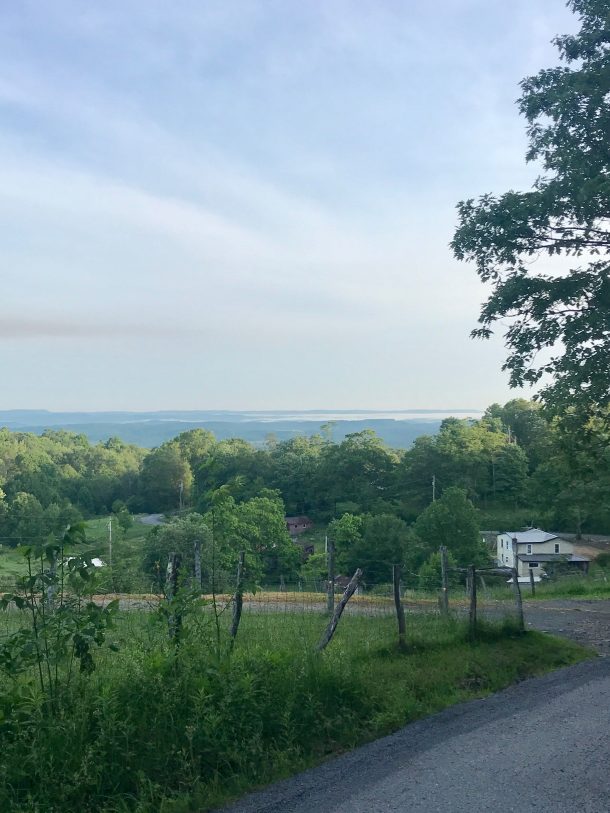 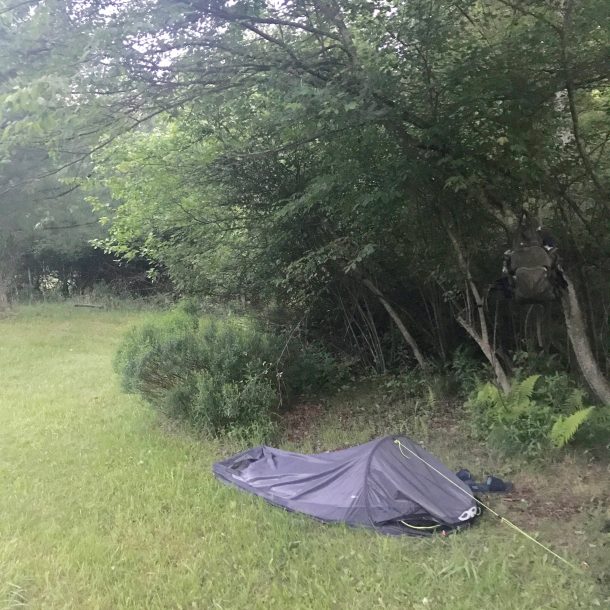 I was up early, knowing I had a “mountain” to climb—possibly the last really steep ascent of the journey. But first I had to come down from where I was at. I enjoyed the hairpin curves and walking a few miles down the 9% grade.

I stopped for breakfast, but the buckwheat cakes and eggs didn’t compare to the ones I had last night.

A few hours later, I approached the foot of the next climb where I met Tim, a scary-looking but otherwise pleasant guy with a half dozen dogs and two dozen cars and trucks in his large yard. He warned me about the imminent climb, but I told him I’d already walked over 2,000 miles so far, including some pretty steep climbs in Arizona and New Mexico. I convinced myself; not sure about him.

Before I started the three mile climb, I took a few minutes to tape two toes that were developing blisters. Glad I did.

It took 1.5 hours to get to the point where the road finally leveled off. After that the walk was easy.

A little while later, I asked an older couple (e.g. my age) working in their yard if they would fill my water bottle. Carolyn and Randy gave me some cold bottled water and a Cranberry Sprite, and then invited me for a peanut butter and Welch’s grape jelly sandwich lunch. We discussed religion—they’re Jehovah’s Witnesses—and the economics, population, and geography of this part of West Virginia. (Politics did not come up.)

I walked on and at 5 pm spied an unoccupied pasture, snuck in, set up the bivy and got into it (to avoid the flying insects). I am now patiently waiting for it to get dark and cool down.

Tomorrow I have a reservation at a “cozy” motel. Walked 20 miles today.