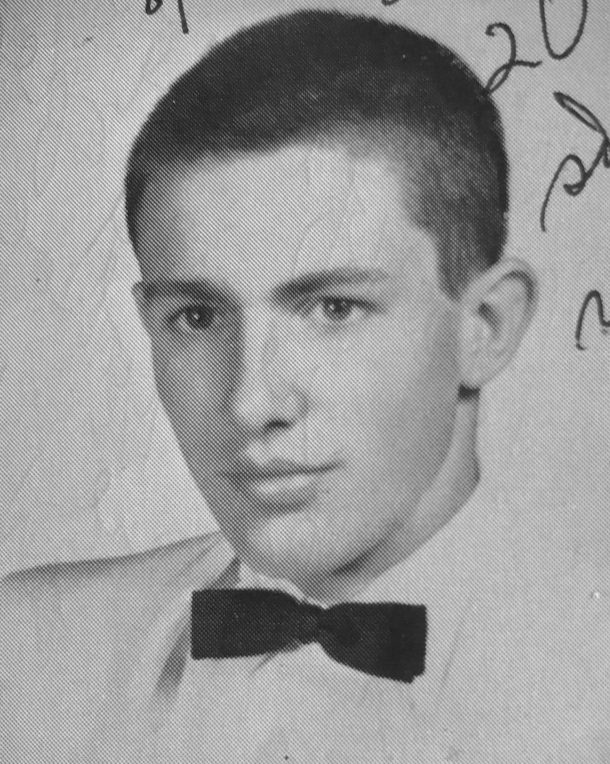 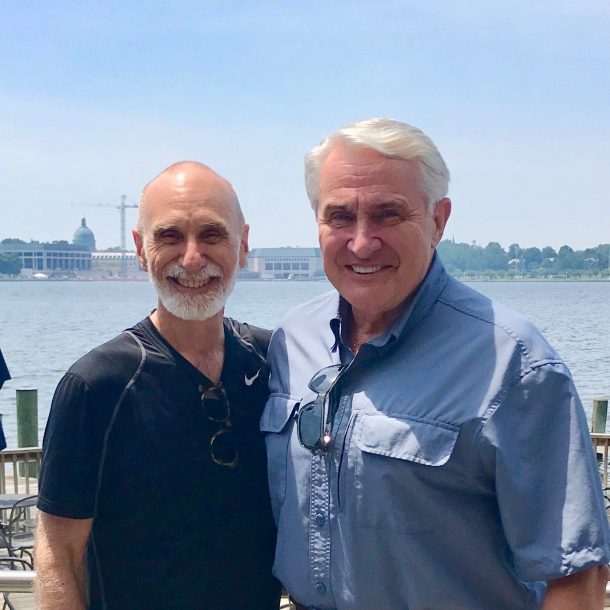 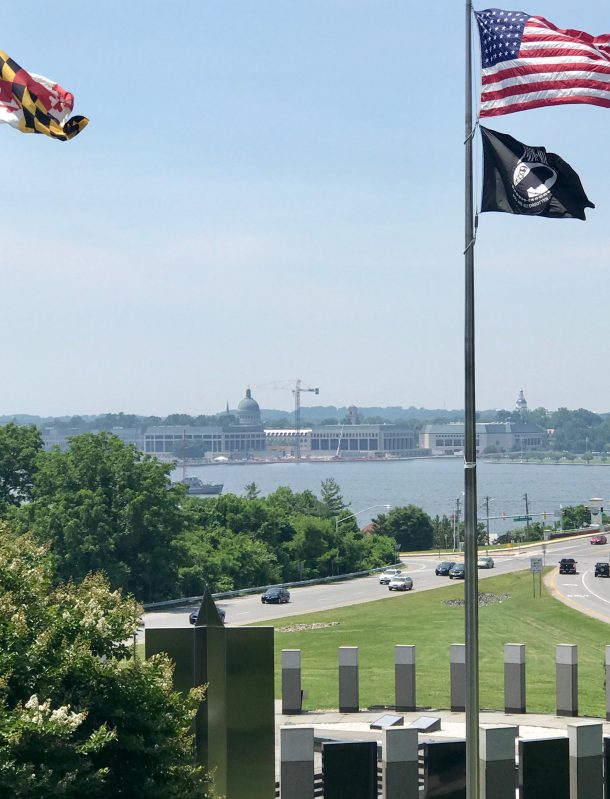 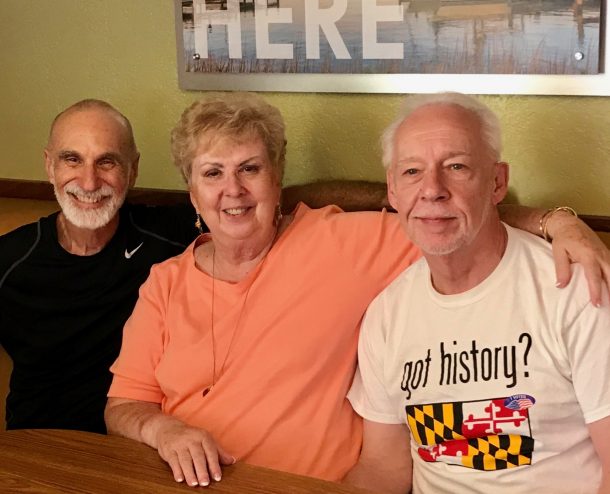 In fact, I spent most of the day in air conditioned comfort.

First, Marna and I walked to the Silver Spring Metro Station and talked until I got off at Union Station. (She continued to a further stop on her way to work.)

Soon after arriving in D.C. my Wantagh High School classmate, Gordon Peterson, picked me up. We drove to Annapolis where Gordy treated me to lunch at the Severn Inn. (I ordered fish tacos, a salad, and a non-alcoholic beer; he had a crab dish; we shared 2 desserts. The food was excellent.)

Next up was a tour of the US Naval Academy, his alma mater. Gordon is a decorated Navy helicopter pilot and Vietnam war veteran, as well as a former history teacher at the Academy. So he knows the place well.

Later, Gordon showed me Memorial Hall where the name of our Wantagh High School classmate Bill Matthews, who was killed in a fighter crash in 1978, is memorialized on a plaque listing the 29 members of the Academy’s Class of 1968 who were killed in the operational line of duty or combat. Billy was well-liked and respected by all.

After visiting the tomb of  John Paul Jones and the Navy Museum, we drove to a predetermined meeting place where I was transferred into the care of my good friends Ray and Marlene Parks. I worked at an optical/optometry facility in Baltimore with Ray for over three years before moving back to California with Sharon in 1983. It was great to see them again, and we had a lot to catch up on as Ray drove over the Chesapeake Bay Bridge. In spite of my objections, they treated me to dinner, during which we had a good opportunity to continue our discussion.

The next week will bring heat and rain. But at this point I can taste the Atlantic Ocean.