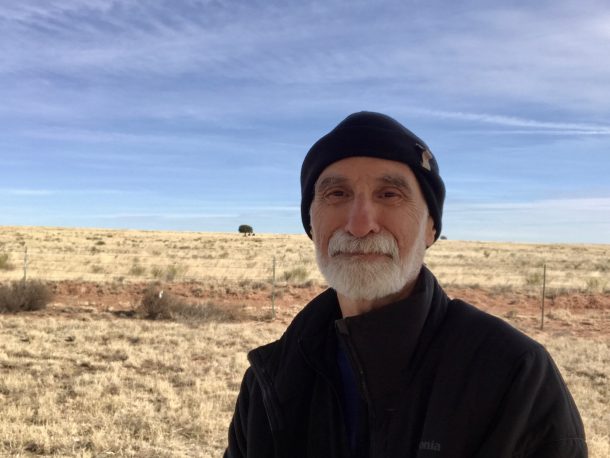 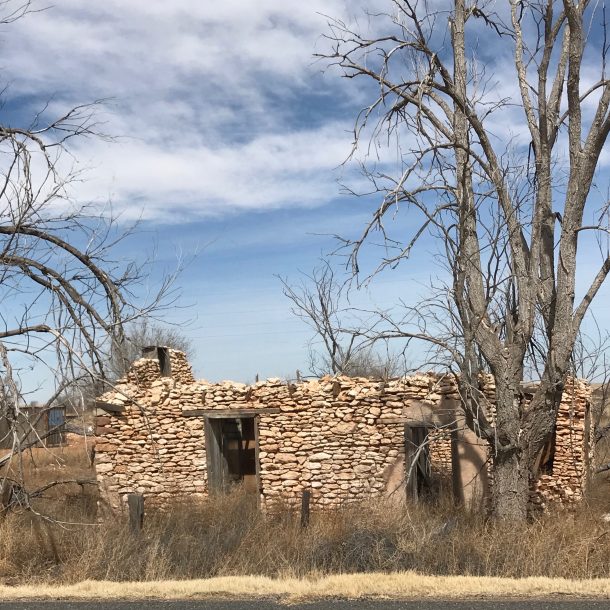 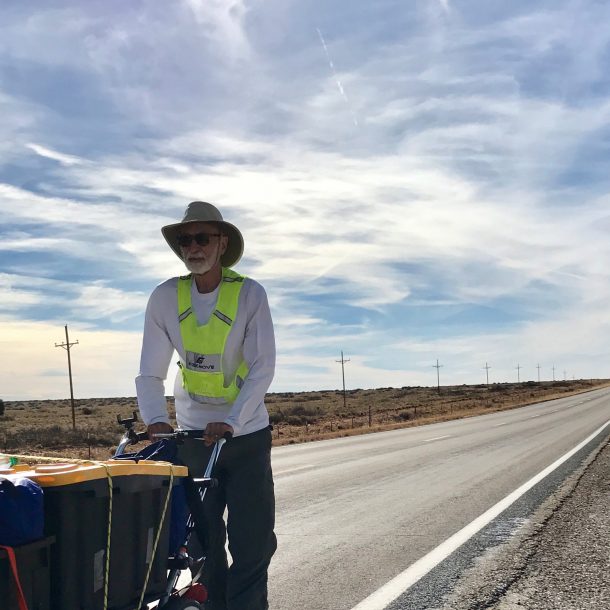 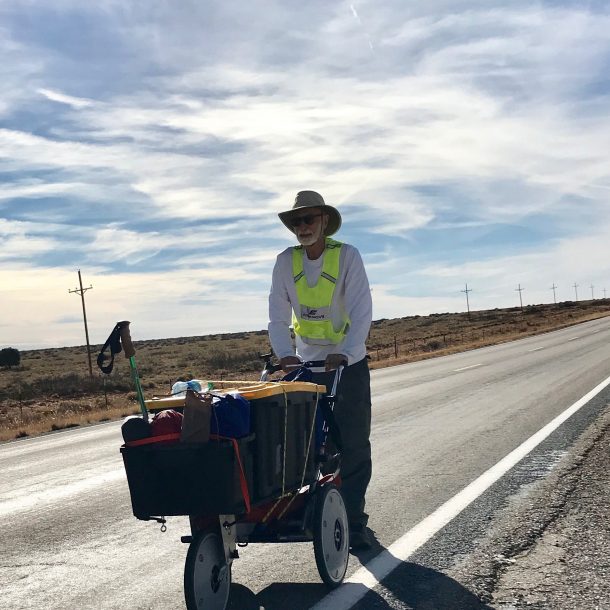 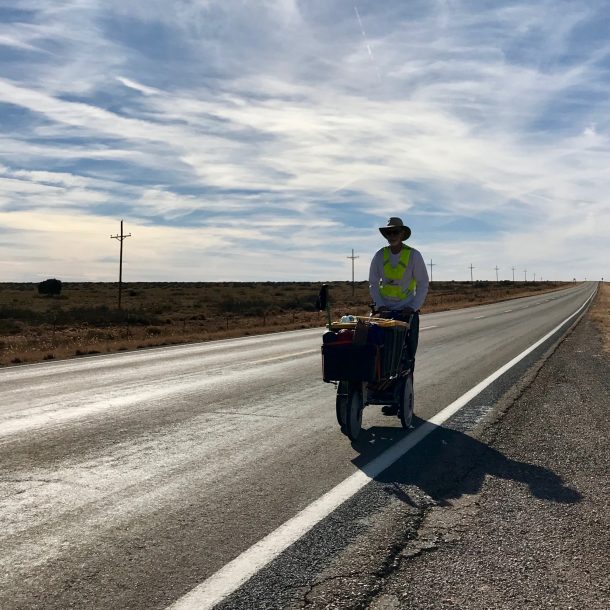 The tent was warmer last night. So was I. And no one hassled me.

I’ve been introduced to one of the banes of the Southwest desert: Tribulus terrestris, a.k.a. Goat Head Weed, a.k.a. Puncture Vine—a serious hazard to bare feet and bicycle tires. Although the internet says that the plant is used medicinally for UTIs and to boost testosterone, among other uses, these are miserable little devils. Cyclists hate them.

The road was flatter and the temperature more pleasant today as I passed through Yeso, NM, elev. 4,770’. It’s a semi-ghost town with an updated post office and several crumbling ruins. Another railroad town that pretty much disappeared.

My friend and fountain pen correspondent, Skip, drove out from Santa Fe so we could spend some time together. He met me on the road about 15 miles from Fort Sumner, where we drove and checked into the Super 8. (The plan is, he’ll drop me off at the pickup spot after breakfast tomorrow morning on his way back home, then I’ll walk back to the motel (where my gear is stashed) and I’ll take off the following morning.)

After checking in, we went out for some supper and got to know one another. We’ve been corresponding for years, but had never met. It’s one of the nice things about having a correspondent—you know each other, but you don’t!

Skip’s a retired professor of psychology and statistics at Gallaudet University in D.C., and a smart, funny guy. He’s also a terrific photographer.

Artist of the day: Bing Crosby, considered by author Gary Giddins one of the most important entertainers of the 1st half of the 20th century.