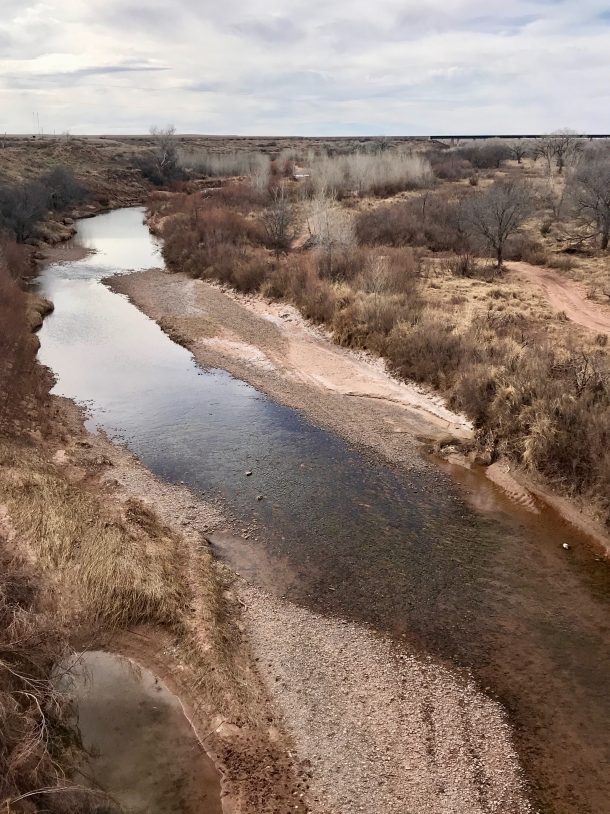 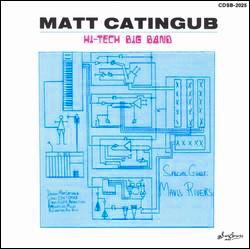 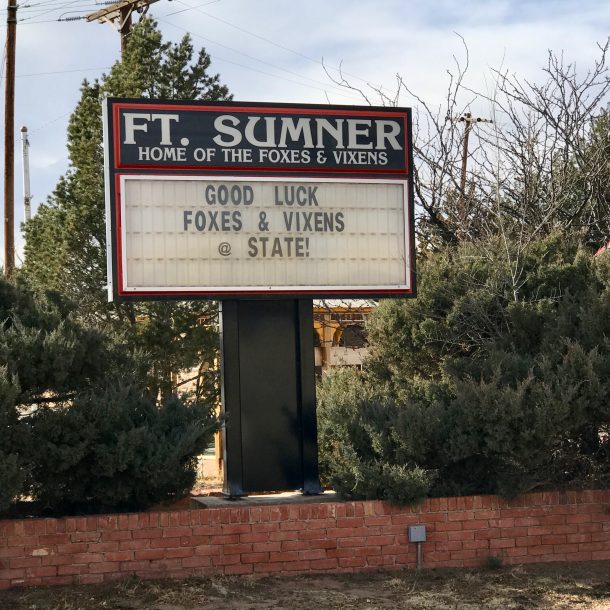 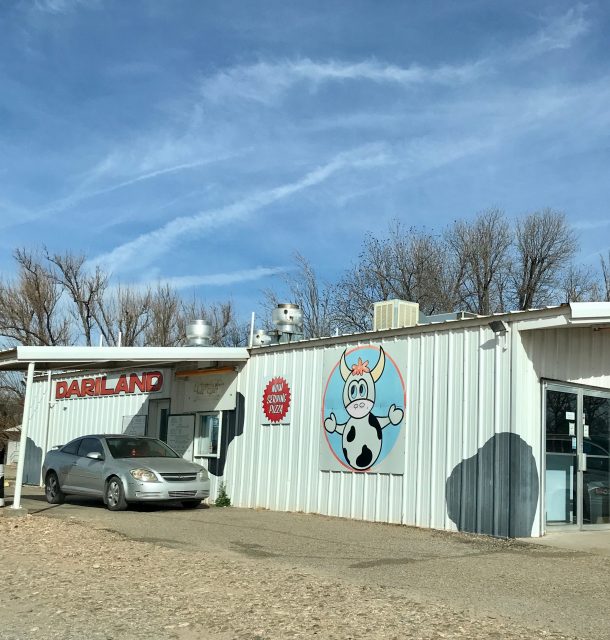 This morning Skip and I had the “continental breakfast” provided by Super 8 Motel. For some reason when I think of continental breakfast I picture Fred Astaire and Ginger Rogers sitting in evening clothes eating breakfast; but probably not Raisin Bran, for which I had to supply my own banana.

After we ate, Skip dropped me off at the point where he picked me up yesterday, approximately 14 miles from the motel. He then began the drive back to his home in Santa Fe, and I began my walk in the opposite direction to the Super 8 in Fort Sumner.

It would have been an easy walk today, but I’m nursing a blister on my left foot yet again. I’m keeping it taped and wearing 2 pairs of socks. I wasn’t pushing the kart (which is still at the motel), so I did not have the advantage of a “walker.”

At the end of the walk, I ordered a fish sandwich, lettuce salad, and Mug root beer at the Dariland (sic) restaurant where we ate last night. I then came back to Super 8 to do my laundry, which included just about everything I brought with me (other than the shorts and t-shirt I was wearing).

Fort Sumner is a town of approximately 1,000. Billy the Kid was shot here by Pat Garrett, and is buried in town. I just read that Garrett himself was later shot and killed “under unclear circumstances.” Hey, Live by the sword…

Later I repacked my kart. I’m carrying 5 cans of Progresso Chicken Noodle Soup (14 g of protein in each can), crackers, Swiss cheese (6 g protein per slice), nuts and raisins, 3 gallons of water, Snickers (an important staple), mustard, and some oranges given to me by friends.

From Fort Sumner I’m heading to Clovis, New Mexico. Sadly, it’s 62 miles of pretty much nothing. The lack of services and suitable places to camp is an ongoing frustration.

Artist/Album of the Day: Matt Catingub, Hi-Tech Big Band. Matt is a monster musician, arranger, and conductor. On this album he plays most of the instruments, uses a synthesizer to create others, and also sings. I’d forgotten how much I love this CD and Matt.