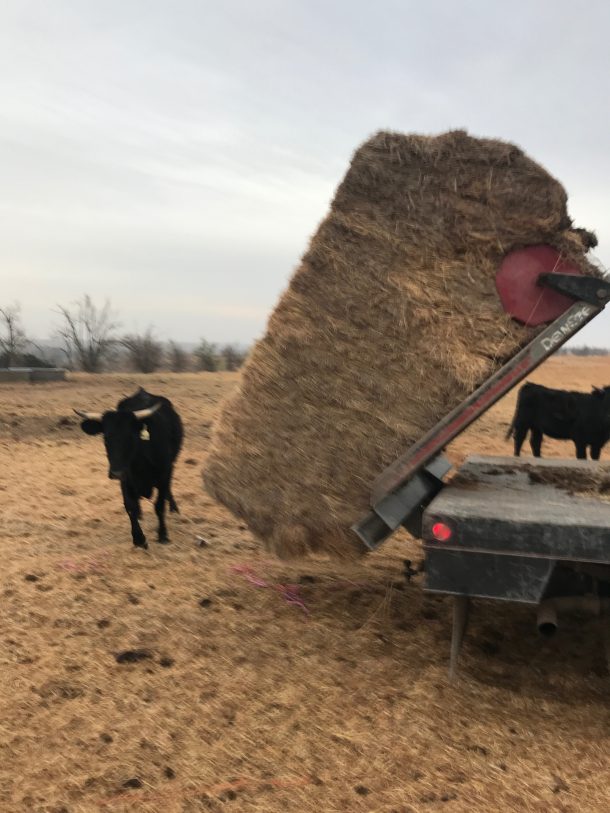 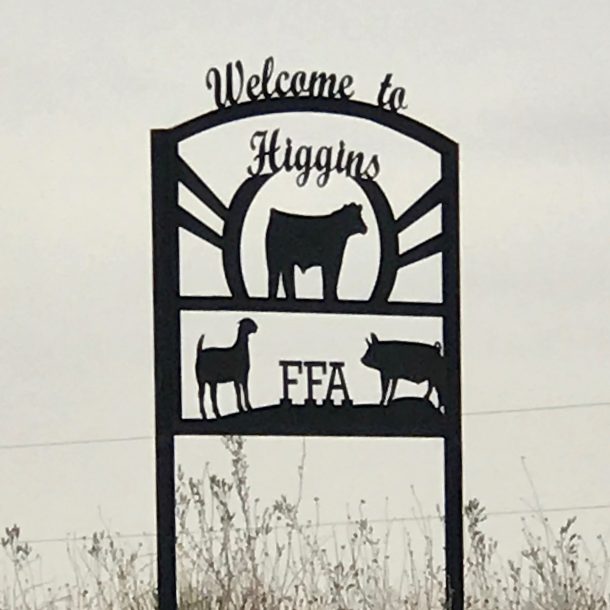 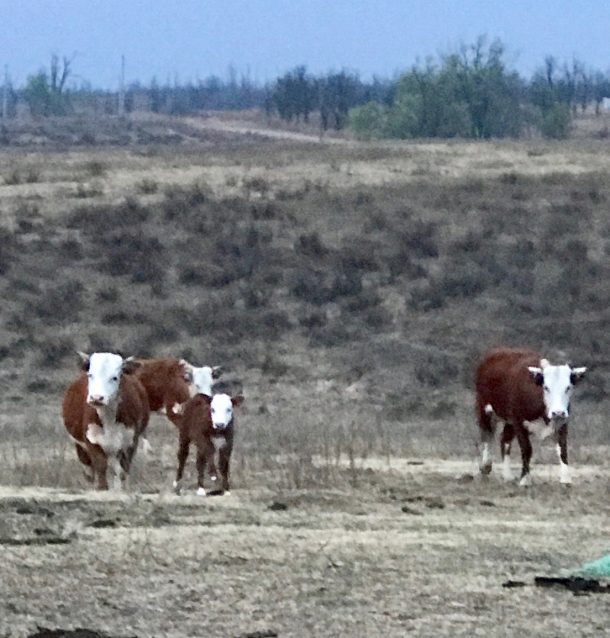 “You’re not planning to stay there, are you?”

I’d just set up my tent next to a barbed wire fence off the highway on a road that seemed to lead to nowhere. It must have led to somewhere because here was this lady in her pickup truck who seemed to be upset I was planning to stay overnight.

I was surprised at her question, and responded, “Well, it’s a county road.”

This obviously was not the right answer. “Just make sure you don’t go on the other side of that fence.”

I looked at the fence. “Ma’am, I have absolutely no intention of climbing over that barbed wire fence.” She drove off, and did not look happy.

An hour later, a man, obviously her husband, pulled up in his pickup.

“Where you headed?” He was friendly, and we chatted for a while. I gave him a card, and he said, “My wife was ready to call the Sheriff, but I told her to hold off till I talked to you.”

Bill Hext is a local rancher whose home is just off the county road where I was camped. He drove away, but returned a little while later, bringing me some grapes and carrot cake. I prefer chocolate cake to carrot cake, but I accepted his gifts graciously.

“How’d you like to go with me on my rounds in morning? I’ll take you to breakfast.”

No way I could refuse his offer. I didn’t even have to think about it. When else would I ever have the chance to do something like this again? Never.

He picked me up at 6 am just as I’d finished packing up my gear (in the dark). We drove in his truck to a rustic restaurant in Higgins where he treated me to French toast and eggs as we spoke to Susie, Lennie, and other locals about the weather and truck repairs. Then we were on our way.

Bill has several tracts of acreage in Texas and Oklahoma where he raises mostly cattle, but horses too. He’s a few years younger than I, and has been doing this his whole life. He also used to produce rodeos in the past, and his granddaughter was a prizewinning cowgirl in middle school. The whole family is active in running the operation.

While we drove, Bill asked me three times to tell him what I thought of Donald Trump, and I refused each time. “I’ll talk to you about God, money, the weather…anything but politics.” Finally, he gave up, and told me about the ranching business, the ups and downs of the industry, and the role that oil has played in the lives of many landowners.

After entering each of his properties, he’d push a button on his dashboard activating a siren, and the animals would come out of nowhere to feed from the animal feed he removed from his truck. We fed and counted his several small herds in both Texas and Oklahoma, and later located a missing cow who didn’t show up for feeding time—turns out she’d just given birth to a calf, who was with her on a nearby hill.

After feeding the cattle, we visited and fed his beautiful horses, who surrounded the truck. I felt I was in the middle of a cowboy movie.

Finally, Bill drove me to a nearby feedlot, where many thousands of head of cattle are “finished and prepared” for market. It was quite a sight. And smell, too!

At 10 am, we were back home. I grabbed my kart, we said our goodbyes. I thanked Bill for everything. To me, it was a once-in-a-lifetime experience. For him? He does this every day.

I walked 14 miles to the next town, Higgins, where I’m now camped with the rain fly on the tent. It’s drizzled on and off all day, and is picking up as I write this. The ranchers and farmers have been waiting for this rain—they badly need it.