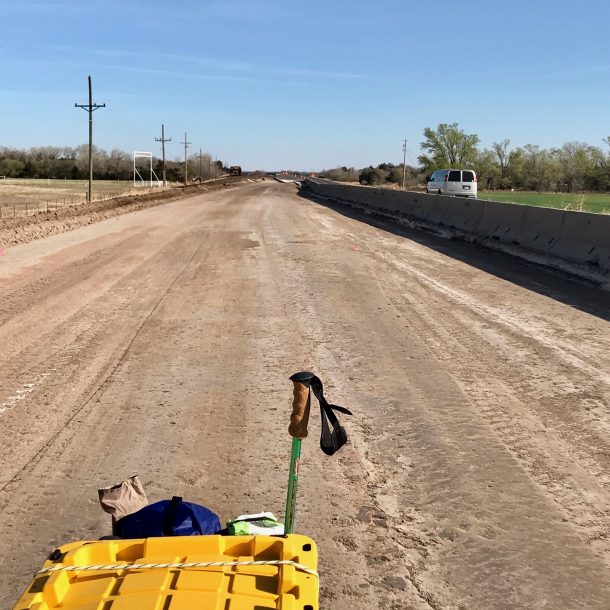 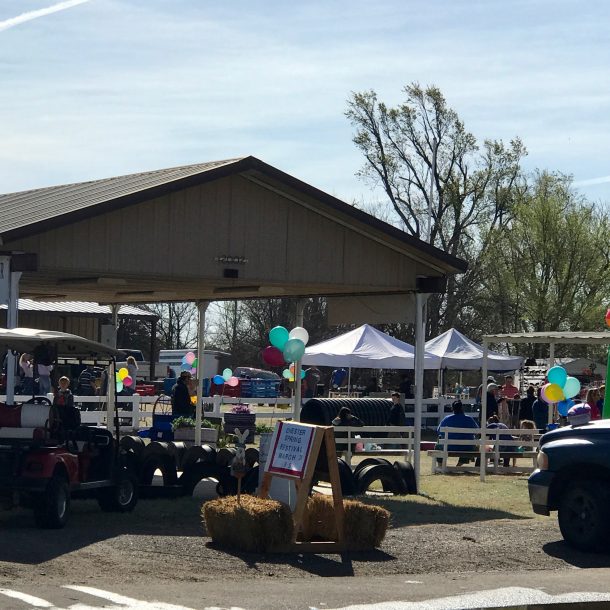 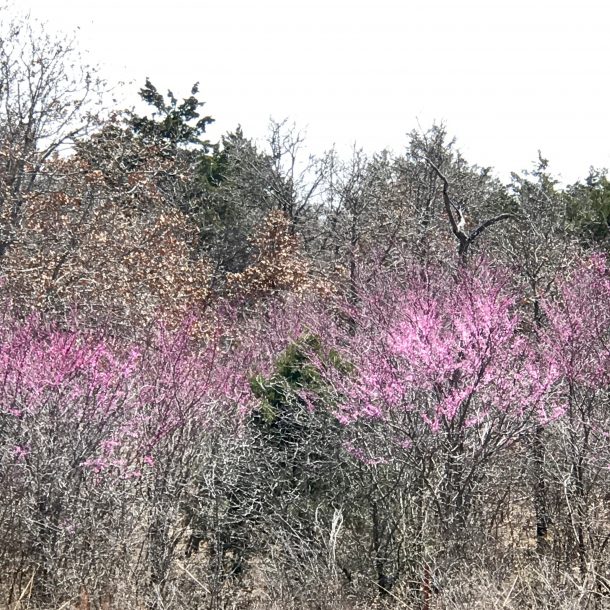 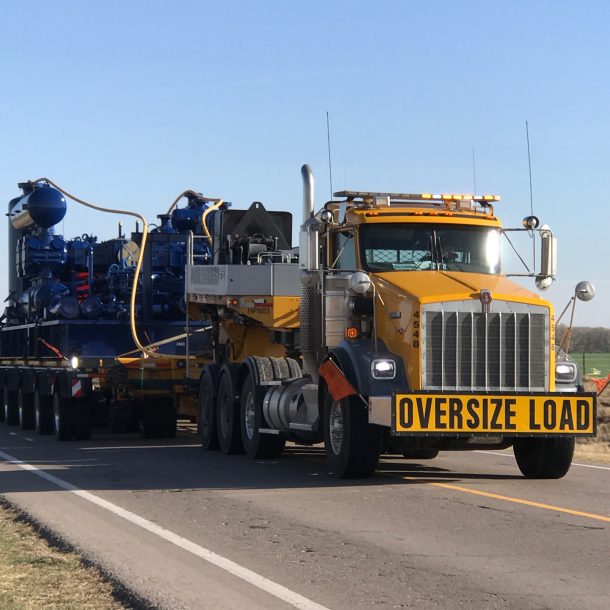 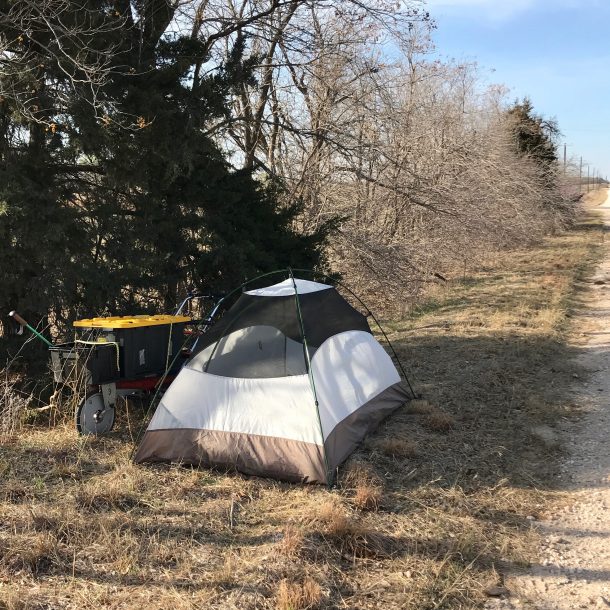 From my motel room in Seiling to the town of Chester was less than 5 miles, but along the way I encountered major construction, an incredibly wide oversized truck convoy transporting I have no idea what, and a carload full of used rebar.

When walking through road construction sites I’ve learned to “walk where they ain’t”—either down the center of the median, or in this case on the dirt side road used for the construction vehicles. No one was working today, so it was relatively easy.

Along the way I encountered Jean with her child walking from a community Easter egg hunt, and heard a snatch of a country version of Beer Barrel Polka. Inspired by the polka music, I went to YouTube and searched for “Big Lou, The Accordion Princess, Polka Casserole.” (Years ago, my wife Sharon worked part-time as a media escort for Big Lou’s husband, driving visiting authors to and from bookstores and radio stations. The last time I danced the polka was when we went to hear the band perform live.) Big Lou is, I believe, a meteorologist, an entertaining singer, and a helluva accordion player. She’s also lots of fun!

Later in the day, the sheriff pulled over in his official pickup, asked where I was headed, and offered me a ride. I declined and gave him a card. “If you need help,” he told me, “just call the sheriff’s office.” I’m camped on the side of a county road that runs perpendicular to Hwy 60. I hear cows, but no freight trains.