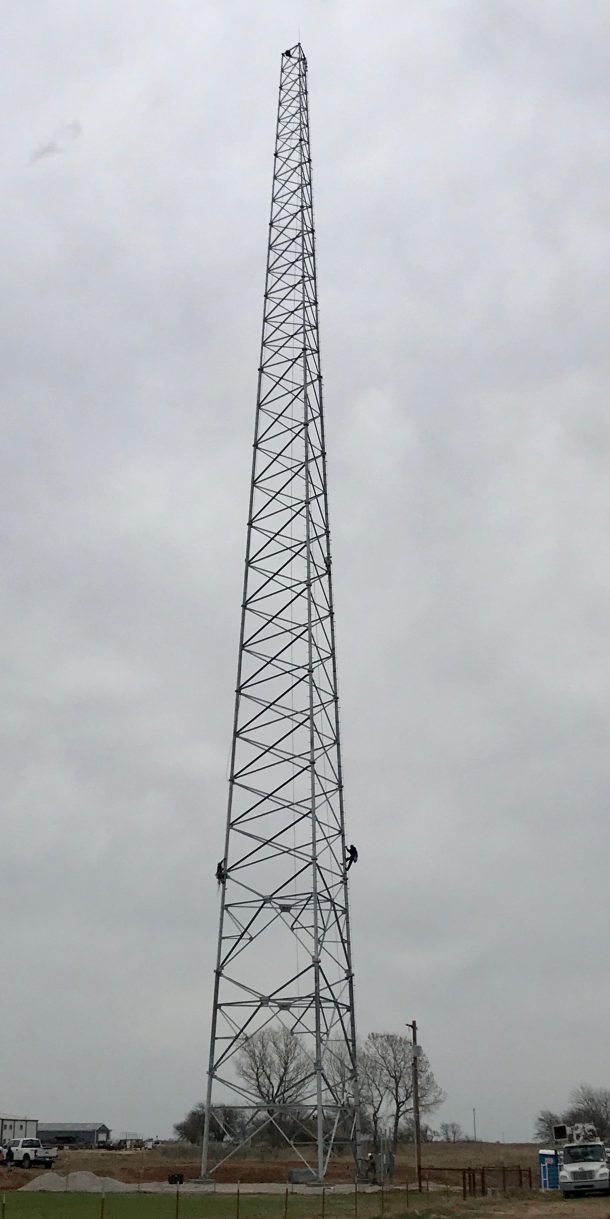 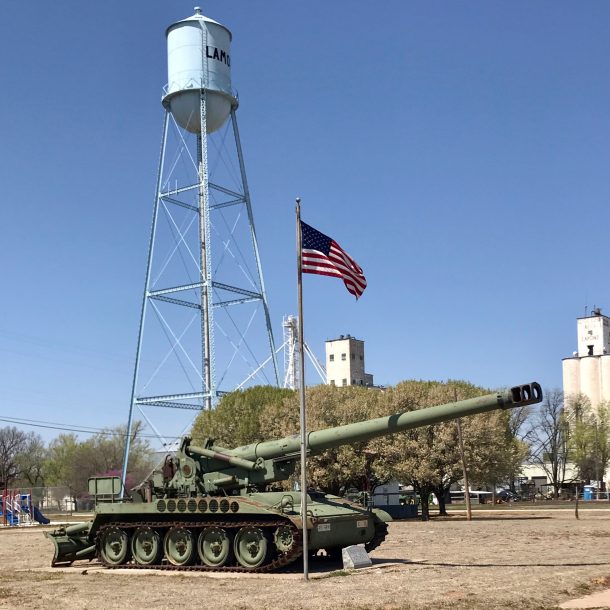 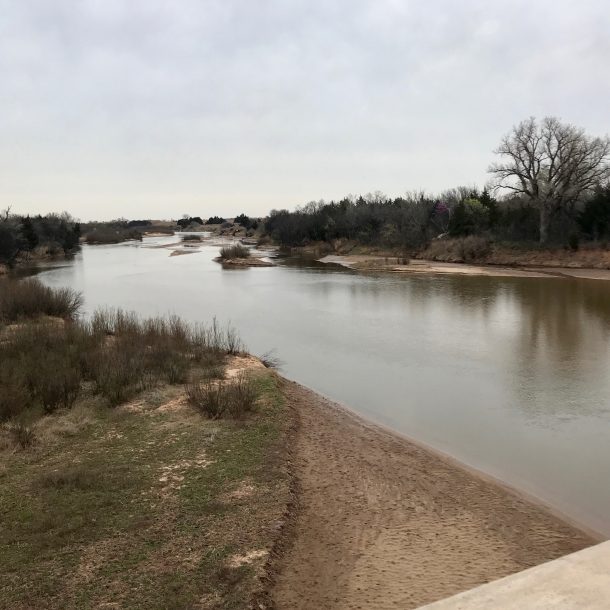 I was carrying a lot of stress today knowing that tomorrow would bring an extreme temperature drop into the 20°s, with rain, thunderstorms, and sleet expected.

So even after a 25 mile day yesterday, I walked hard knowing that the more distance I covered today, the less I’d have to walk tomorrow in the miserable conditions predicted.

I’d already walked 23 miles toward Ponca City when Eric pulled up, asked if I was okay, and did I need a lift. Unfortunately he was headed in the opposite direction!

I told him I’d love to take him up on the offer, but was headed toward Ponca City. He replied that he too would be going in that direction, right after he picked up his kids. Sounded good to me!

I gave him my cell number and he called back shortly, telling me he was on his way. When he arrived, we lifted my kart into the bed of his truck, and as we did so we bonded on the fact that we both do pull-ups! He’s a firefighter and ambulance tech).

I got in the front and was introduced to 3 of his 4 children, Thaddeus, Declan, and Bella sitting in the back. (We were on our way to a game where Bella would be playing second base for her softball team, the Firecrackers).

Arriving at the YMCA ball field, Eric handed me a gift—a jar of homemade Peach jam from his wife, Angela. After saying goodbye I started walking toward my motel, 1.3 miles away. On my way there, Angela drove by, saw me walking, and she and daughter Abigail came over to say hello. What a beautiful and generous family.

Based on a (fake) internet photo, I’d made a reservation for two nights at the Knights Inn. What a dump! I don’t ordinarily ask to “see the room,” but after walking into “the lobby,” I did this time. The room looked and smelled worse than I could have imagined.

I left and walked yet another mile to America’s Best Value Inn, where, for the same price, I now have a nice room in which to spend the next two nights as I wait out the storm. I look forward to a Day of Rest.

(I’ve been assured by several Oklahomans that the weather will improve soon.)