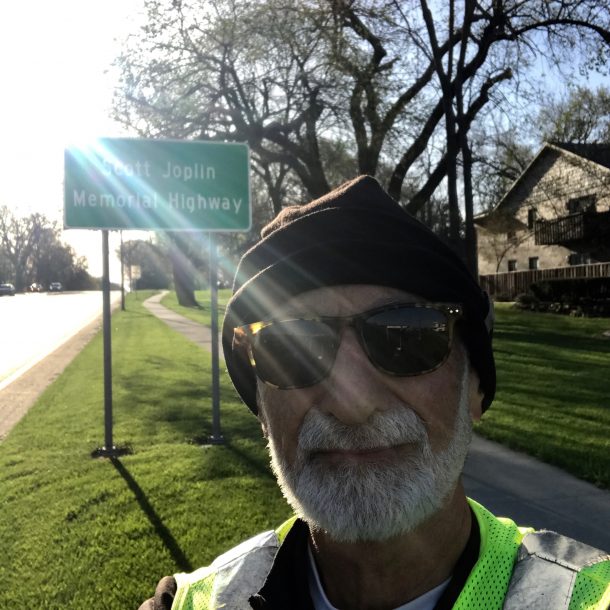 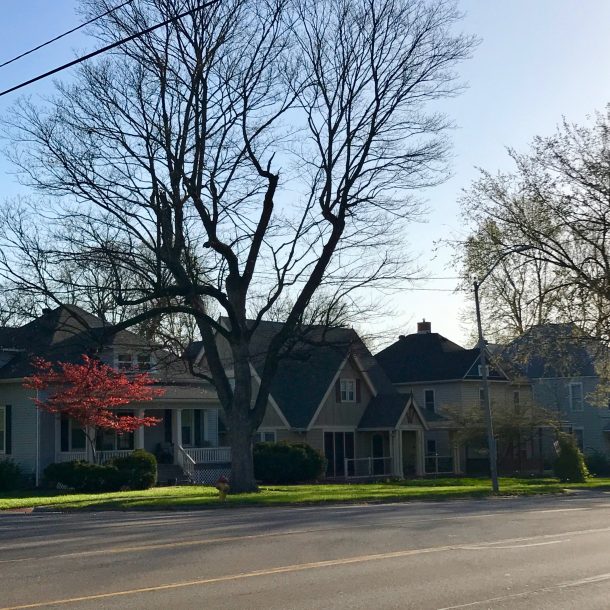 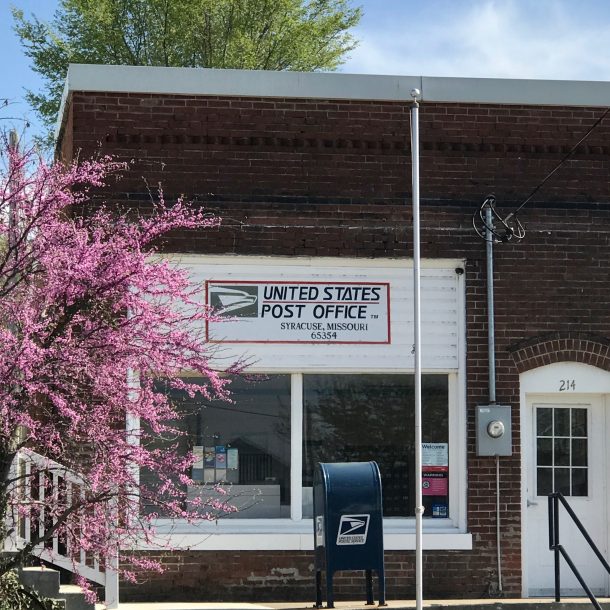 I was pleasantly surprised this morning when I arrived at a lovely portion of Hwy 50.

This section of the road was dedicated as “Scott Joplin Memorial Highway” in 2016.  According to his biography, “In 1894, Joplin moved to Sedalia, Missouri, where he played at local social clubs and where he began composing music.” He seems to have lived here for only about seven years. (It was long enough to get a section of highway named after him.)

For a mile or so I walked along a tree-lined street with grand homes and sidewalks. Then, for about 18 miles, Hwy 50 continued with a wide shoulder. I just walked happily along under a cloudless blue sky as I listened to Marc Maron’s interviews of actor Eugene Levy (“Waiting for Guffman,” “A Mighty Wind,” etc.) and actor/director Ron Howard. The slight headwind did not slow me down.

But then, as always, the highway failed me, and I walked the last 7 miles along a narrow, obnoxious shoulder that just got worse and worse. Traffic was heavy in both directions.

The claim to fame of Tipton (pop. Est. 3,378) is a water tower painted to look like an ”eight ball.” The tower originated in 1968 when native son Ewald Fischer built a billiard table factory, which claimed to be the largest builder of pool tables in the United States. The company was later bought by the Spalding Company, which sold it in 1976 to Ebonite Billiard, after which it was closed. By then, the water tower had been painted over; but the residents of Tipton wanted to have their eight ball back, so it was repainted once again. Today, the tower is generally regarded as the world’s largest eight ball.

Just before I got to the Twin Pines Motel, I stopped at the Dollar General, where I bought a few items. My motel room is a bit musty, and I’ve left the window and door open to air it out. It’s the only motel in town.

After walking 27 miles today, I’m not going to be overly fussy.