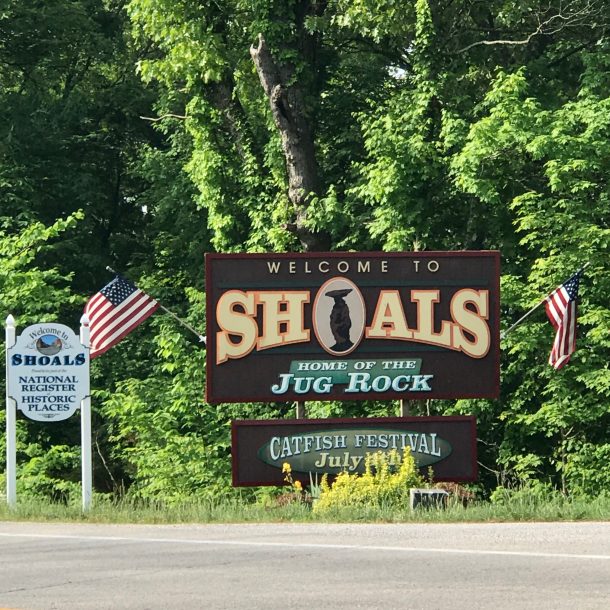 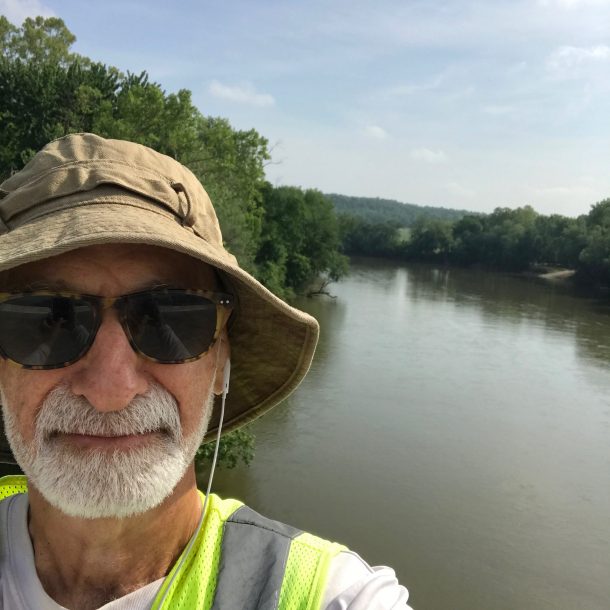 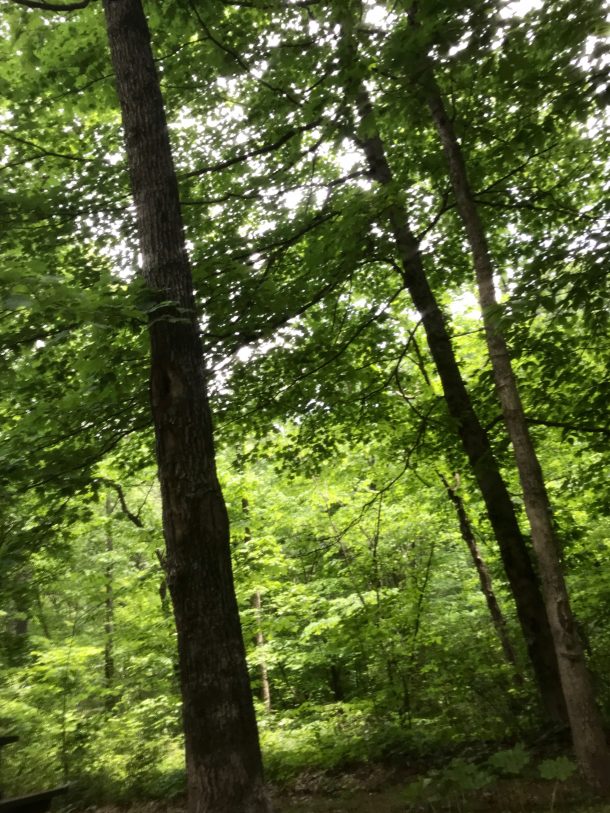 I’d intended to walk 5 miles more than I did today, but at one point I arrived at the entrance to Martin State Forest. A sign informed me that there was a campsite, and as I was mulling it over a young woman drove by. I flagged her down and asked how far the campsite was. She cheerfully volunteered to drive there and clock it on her odometer.

When she returned in a few minutes, she said, “It’s a sixth of a mile.” I asked, “You mean ‘point-six’?” She replied, “Yes.” Those darned fractions and decimal points will get you every time.

I thanked her, and walked up and down some steep hills to get to a very nice, 25-site, campsite. I wound up being the only overnight camper at the site.

I had a bad neighbor at the otherwise satisfactory motel last night—I suspect drugs, alcohol, and/or mental health issues. I resorted to listening to the sound of rain on my sleep app, which helped. But this morning I was more sleep deprived than usual. So since I didn’t know where I’d be staying tonight, I took the presence of this park as a sign to stay. It just means a longer walk tomorrow to get to the motel in Bedford. So be it.

I found another wallet today. No cash but many cards, including Navy ID. No phone number, unfortunately. I put it on the kart, and 20 minutes later stopped to chat with a local woman, Marie. She said she’d take care of the wallet, and a minute later she was on her phone to the sheriff’s office to report the find. She’s obviously well-connected.

The size of the shoulder is not consistent, and the terrain is now more hilly. But frankly, both Jeff and I have concluded that staying on Hwy 50 might be my best strategy.

The fee for the campsite was $13, but I only had a twenty (it’s on the honor system). Since I didn’t pay my last fee, I figure I’m even now. I enjoyed the sounds of nature and being off the road.