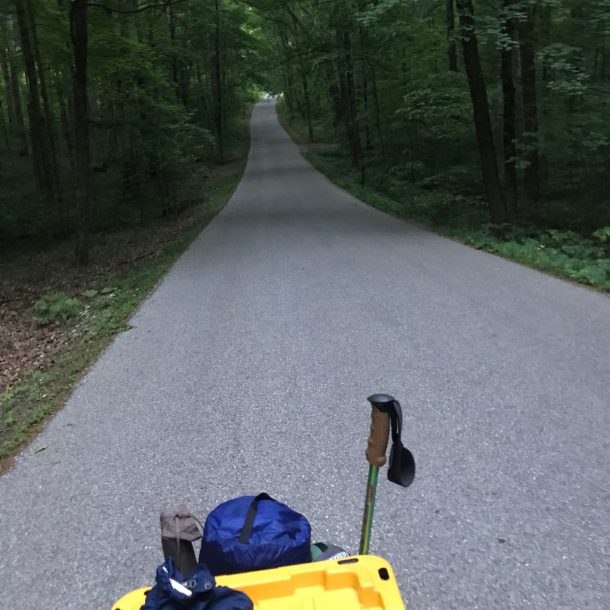 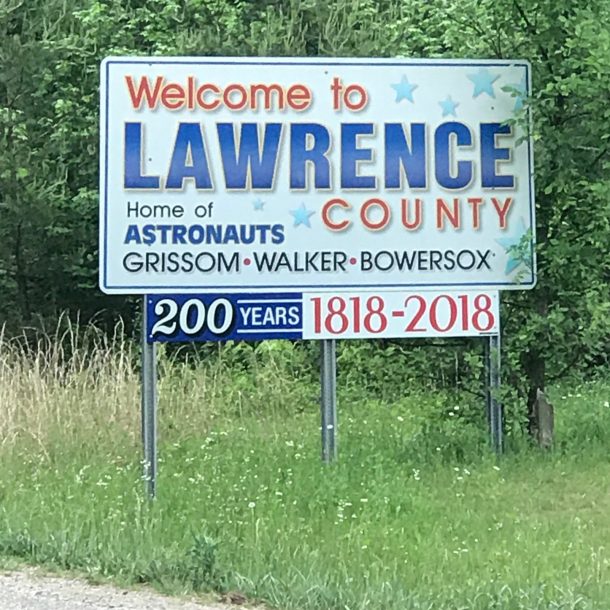 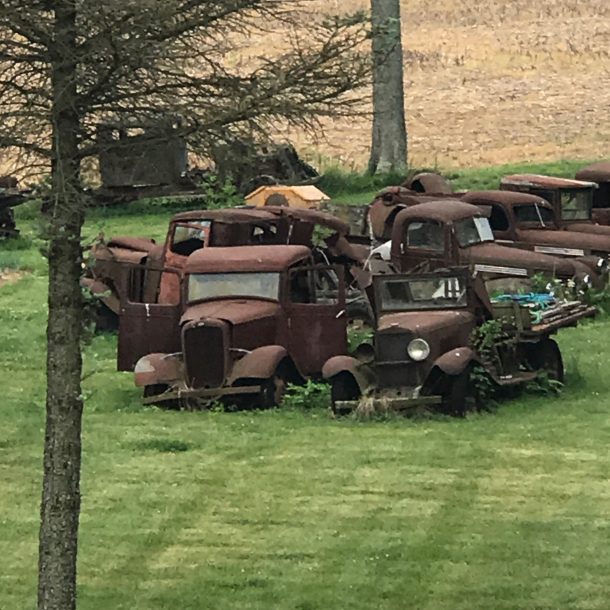 This was a day filled with a few surprises, mostly pleasant ones.

Knowing I had a long day ahead of me, I was packed up and out of the campsite at 6:30 am. Rain was expected so I kept my rain jacket strapped to the top of my kart.

The first 10 miles was up and down hills and winding back and forth. I walked carefully on the shoulder; it was generally just wide enough for me and Walker. Occasionally, I would cross to the opposite side of the road when there were blind turns up ahead—better safe than sorry when it comes to oncoming trucks. The skies were again gray and overcast, so heat was not an issue.

At Huron, a friendly guy named Jeff beckoned me from across the road, asking if I needed some water. I brought two empty bottles over. He offered me the unopened gallon container. But I told him I didn’t have room for it, so he filled my bottles and told me he’d just sold his place and was moving to Tennessee. I moved on.

Eventually, the road straightened out and became less hilly. Then later, as the highway became wider, so did the shoulder. I eventually hit a long section of road construction where one of the lanes was closed. I walked on the “closed” lane and was passed through by dozens of friendly road construction guys.

The last 7-8 miles to Bedford featured a 10 ft. wide shoulder. Great! Then it started to drizzle.

I reached Subway just as the rain increased. On line, I chatted with Jerry, and when he heard about my walk, he insisted on treating me to lunch. Then the crew got involved and (led by Teela) insisted on having their photo taken with me—a first! The store manager said she’d forward my info to her supervisor. I told her I’d be happy to be the new Subway spokesman.

It was raining heavily when I left and I got pretty wet. Fifteen minutes later, with the Super 8 in sight, the rain stopped. It’s always something.

After checking in, I sat in the Jacuzzi, took a shower, rested, and wondered about tomorrow. 20.5 miles today.