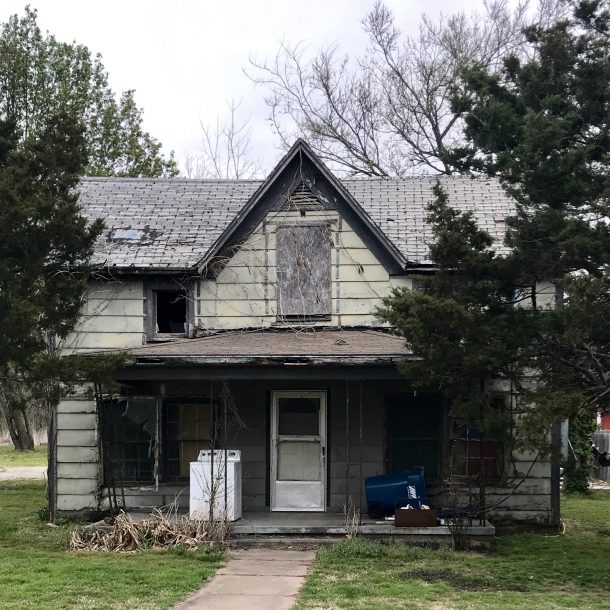 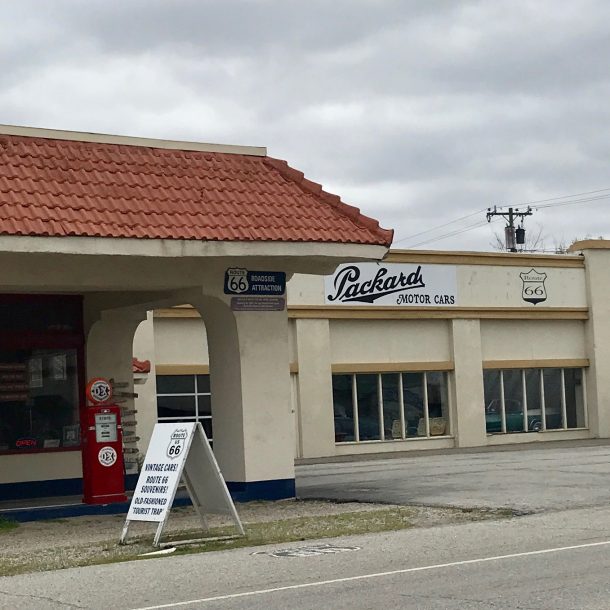 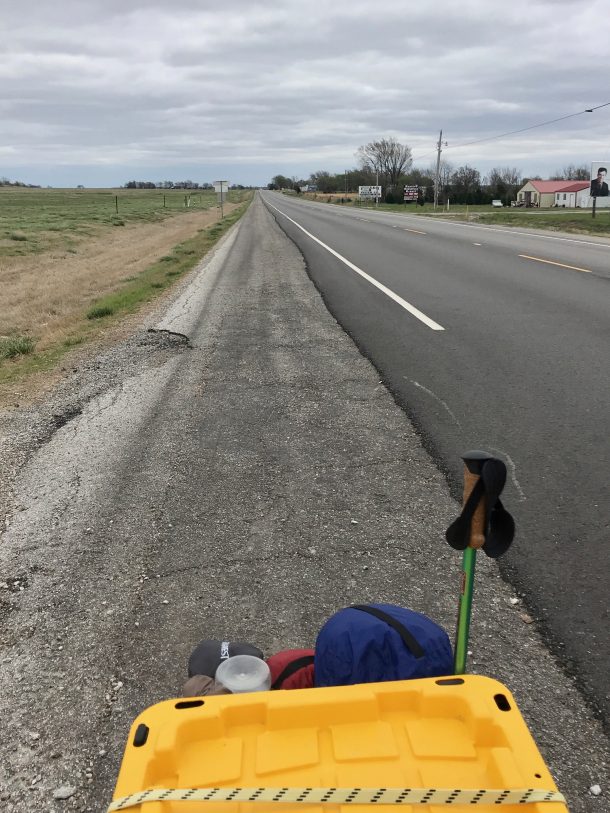 I wore five layers of clothing as I walked in the cold, windy, overcast, gray day. Fortunately, the 16 to 20 mph tailwind pushed me along a generally good shoulder from Big Cabin to Afton, Oklahoma. Only after Afton did the road completely degenerate, but that was just the last several miles.

In all, I walked 27 miles today and barely took a break—it was just too cold to sit down. And after Vinita, where I bought two egg and cheese on a muffin sandwiches at the Shout & Sack Convenience Store and Deli, there was nowhere to stop, so I kept walking.

I met the usual cattle and horses along the way, all of whom seemed happy to see me. Occasionally dogs barked and sometimes followed, but I ignored them.

Afton is a town of just over 1,000 in Ottawa County, which is tucked into the extreme upper right corner of Oklahoma.

As I walked through a downtown that during its Route 66 days was probably humming with hotels, businesses, cars, and people, I mostly saw empty shells and boarded-up buildings. The only motel in town still open is the one I’m in, the Route 66 Motel of Afton.

While walking across the Horse Creek bridge, I felt for a moment like I was in Mayberry. (Here’s the Afton Public School Bulletin.)

This was the first time I didn’t have a motel reservation; I’d tried to call ahead, but no one picked up the phone. When I checked in, I got the impression I was the only guest. The room is tired, but it’s clean, the water is hot and plentiful, and there’s a microwave and fridge. It was inexpensive and serves the needs of someone who just walked 27 miles. (The room’s theme is “Jungle.” Why, I don’t know. There are illustrations of zebras and leopards on the walls.)

Yet another Freeze Warning for tonight and tomorrow morning. Hopefully it won’t be as windy.