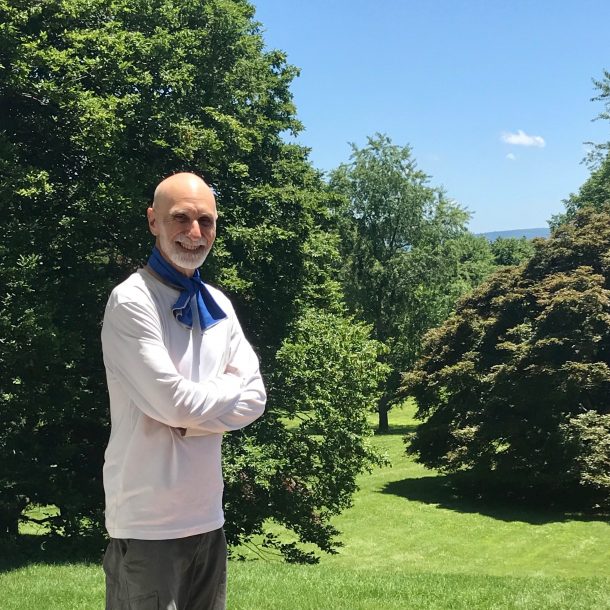 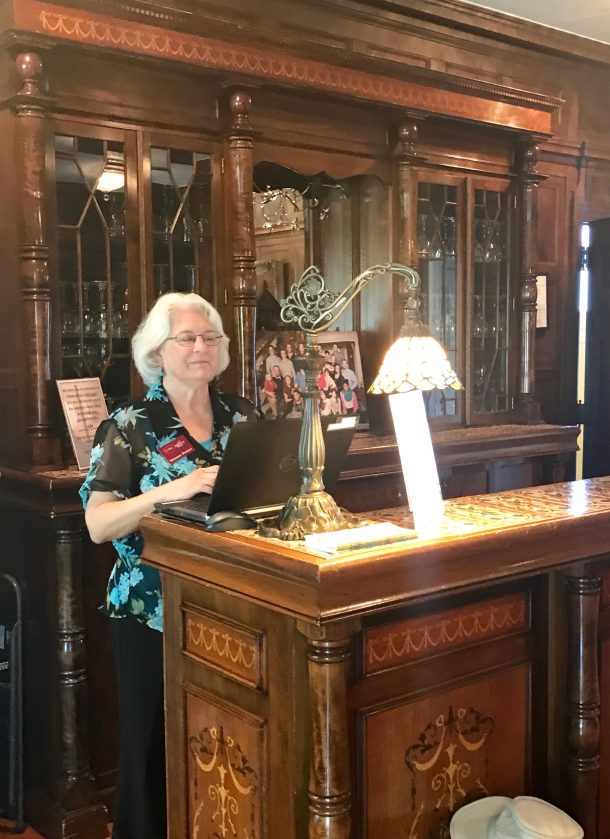 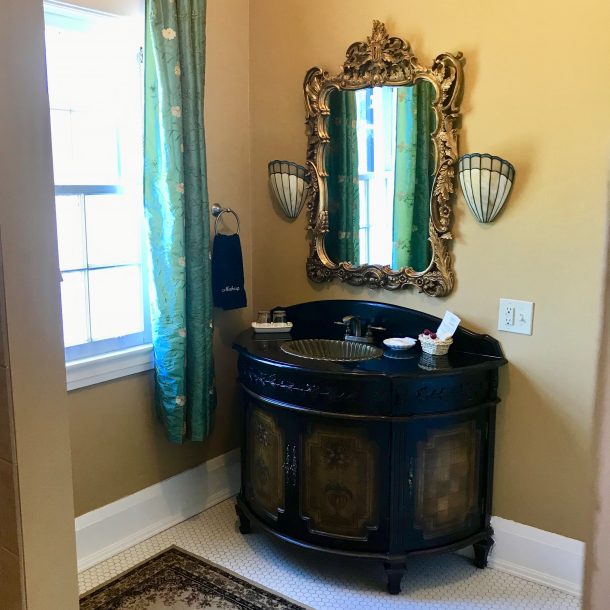 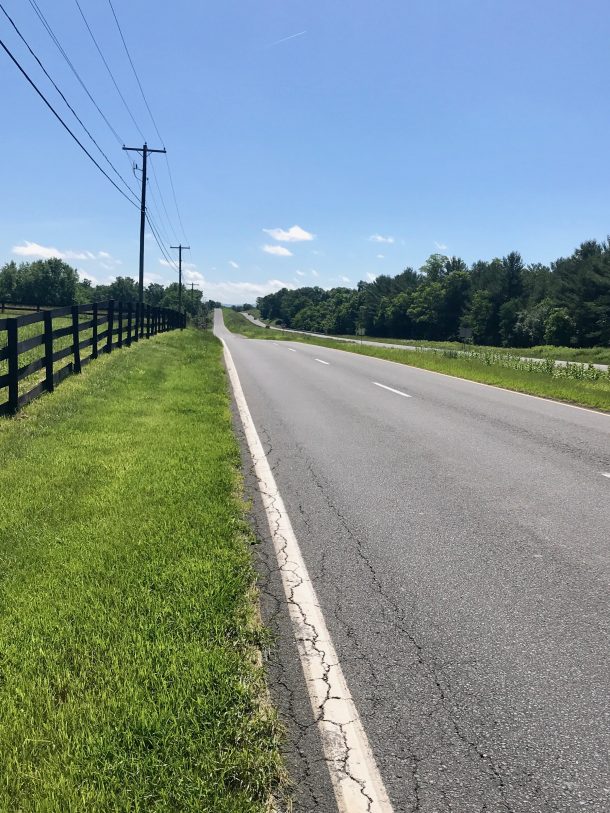 Before dinner last night, my friend (and fellow cross-country walker) Jeff drove me to a nearby post office where I boxed up my sleeping bag, air mattress, and bivy sack and sent them home. Today, even with a lighter pack, my feet are still sore, and most likely will be for the 200 miles remaining.

Jeff treated me and his friend Virginia to a memorable dinner at Applebee’s. We had much to talk about, and we seemed to keep Virginia amused with the stories Jeff and I traded about being on the road.

The walk out of Winchester was mostly on sidewalks, and it was almost a pleasure carrying my lighter pack.

But then the sidewalk ended, and for miles I walked on gravel along a narrow shoulder in heavy traffic. I shuddered at the thought of having to push my kart along this gravel path

At last I reached the Historic Rosemont Manor, a quiet oasis with acres of lawns, trees, lovely décor, and tasteful furnishings.

The Manor hosts many weddings, and I was reminded of the 20 years I was a wedding bandleader. The Great Recession and chest pains while performing for brides and grooms combined to end that career. (Oddly, I never had chest pains before or since.)

In the next two weeks I’ll be seeing a number of people important to me, including: my daughter, Marna (on Father’s Day!); my friend Christine (who was sitting next to Sharon, her close friend, the first time Sharon and I met in Columbia, Maryland); my friend and optical co-worker, Ray (we worked together in Baltimore); my Boston University college friend, Roger (we met in 1964); and Betty, my Wantagh High School classmate and kindergarten girlfriend (imagine the secrets she knows!).

The weather here in Berryville is perfect. I walked 12 miles today.

Note: Ben Tarpley, shared a photo of Jeff Rudisill and me on his Facebook page with this commentary:

These two gentlemen became my friends in the last six months. Because of a shared common bond, they met recently for the first time. Their bond resulted from long distance hiking—walking across America!

Bob, who is within 200 miles of completing his walk, departed from Huntington Beach, California and plans to finish (in Rehoboth Beach, Delaware) in less than two weeks.

Both men come from different faiths and backgrounds, but share a tremendous respect for each other. Jeff drove for several hours to offer encouragement to Bob as he nears the finish line. In the attached photo, Jeff, a Christian, poses with a book authored by Bob who is Jewish.

Their stories regarding their walk will enlighten, amuse, and entertain you for hours.

One final footnote: Both men began their adventures AFTER reaching the age of 70. This suggests that most limitations are set by your mind, and not by your body.